How is a variable potential divider able to reduce current/voltage through a component to zero, unlike a variable resistor? 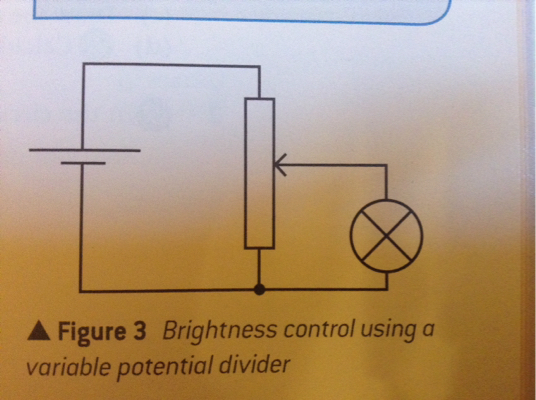 the diagram in my text book shows a filament lamp, in series with a uniform resistive wire, which can have its voltage and current varied by moving the sliding contact, e.g., a rotatable wheel. However, why is a potential divider able to reduce the current through the filament lamp to zero, but a variable resistor in series with the filament lamp cannot reduce current to zero, I.e., there is still a very small amount of current through the lamp when a variable reisistor is used.

Not the answer you're looking for? Browse other questions tagged electricity electric-circuits electric-current electrical-resistance voltage or ask your own question.

3
Current Through a Circuit with an 8 Resistor Setup
3
How is a potential divider able to reduce current to zero?
0
Why does a variable potential divider have the ability to reduce current through a component to zero
0
Why does the relationship between the voltage across, and the current through, a light bulb look like it does
1
Question on measuring $I$-$V$ characteristic of a component
0
Brightness of lamp
0
If there is full voltage drop across a single resistor then how the current flows further in the circuit?
0
What does an incompleted variable resistor mean physically?
2
How does a current cause a voltage?