I was doing a microwave experiment with the following set up: there is a Gunn diode which emmits microwave radiation and a receiver (both work with polarised light). 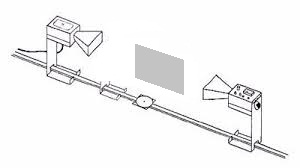 One explanation might be that polarised light will "collide" with the laterals of the plate (and that could produce interference). But when the polarisation plane is parallel to the plate, light will past without noticing. Still, my professor had no idea what was happening.

It's important to note that I doesn't matter if it a metalic or wooden plate, so it's nothing related the Fresnel equations.

The effect is this: 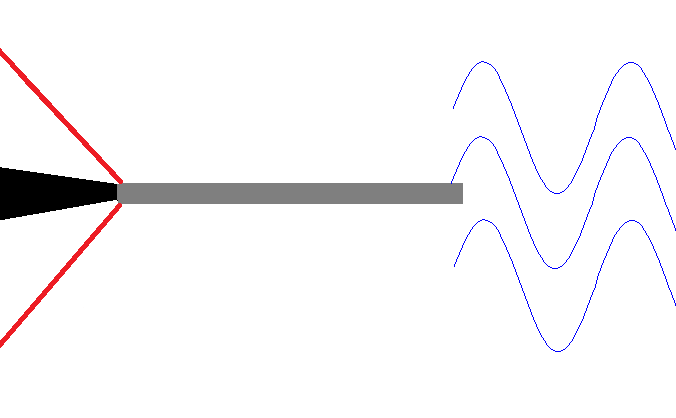 The image is not precise at all.

Another possibility is that there is no diffraction at all, because the plate blocks the incident waves (like if you shelter on a side of a wall when someone's shooting at you).

EDIT (10/26/2013):Looks like your problem is rather hard, but it was considered earlier. For example, I looked at the book by P. Ufimtsev (who is, by the way, is "considered the seminal force behind modern stealth aircraft technology" - http://en.wikipedia.org/wiki/Petr_Ufimtsev ) "Theory of edge diffraction in electromagnetics", Tech Science Press, Encino, California, 2003 (I used a Russian translation http://www.vixri.ru/d/Ufimcev%20P.Ja.%20%20_Teorija%20difrakcionnyx%20kraevyx%20voln,%202012,%20375s.pdf ). In Section 8.2, he starts considering a plane wave diffracted on a perfectly conducting ribbon with electric field in the incident wave parallel to the ribbon, and at the end of Section 8.5 he says that scattered field does not arise for grazing incidence. This seems consistent with your experimental results, so my initial response does not seem correct. However, Ufimtsev's derivation is rather difficult to follow, so, again, looks like this is a hard problem, but you can look at the book and references there. Looks like Fialkovskiy's article on diffraction on a ribbon can be relevant.

Your explanation seems to be right if the polarized photons are in linear polarization, as it can only be explicitly detected when the receiving plate is in a similar orientation to the emitting plate, because linear polarized photons can only travel in a straight line, not in waves. An example of this would be how polarized sunglasses block out light that is coming from a vertical angle.

That's what I think is happening

Not the answer you're looking for? Browse other questions tagged electromagnetic-radiation experimental-physics polarization microwaves or ask your own question.

1
Optics Brewster's Angle Reflection Intensity
6
Light Polarizer and the Second Law of Thermodynamics
2
Understanding 'polarised' 'photons'
8
How can reflection and refraction be explained classically and microscopically?
0
Using beamsplitters for co-axial light paths
2
Why is polarised light so bright? if polarizing lens are made to dim the light
5
Common microwave absorbing substances
0
Microwave Grilles