Why isn't this rod in neutral equilibrium?

Suppose that the rod shown below in figure(1) is balanced. So the torque about point $O$ is $Mg.x-mg.y=0$.

Then imagine than M is lifted a little bit up making an angle of $\theta$ with the horizontal plane(figure(2)). 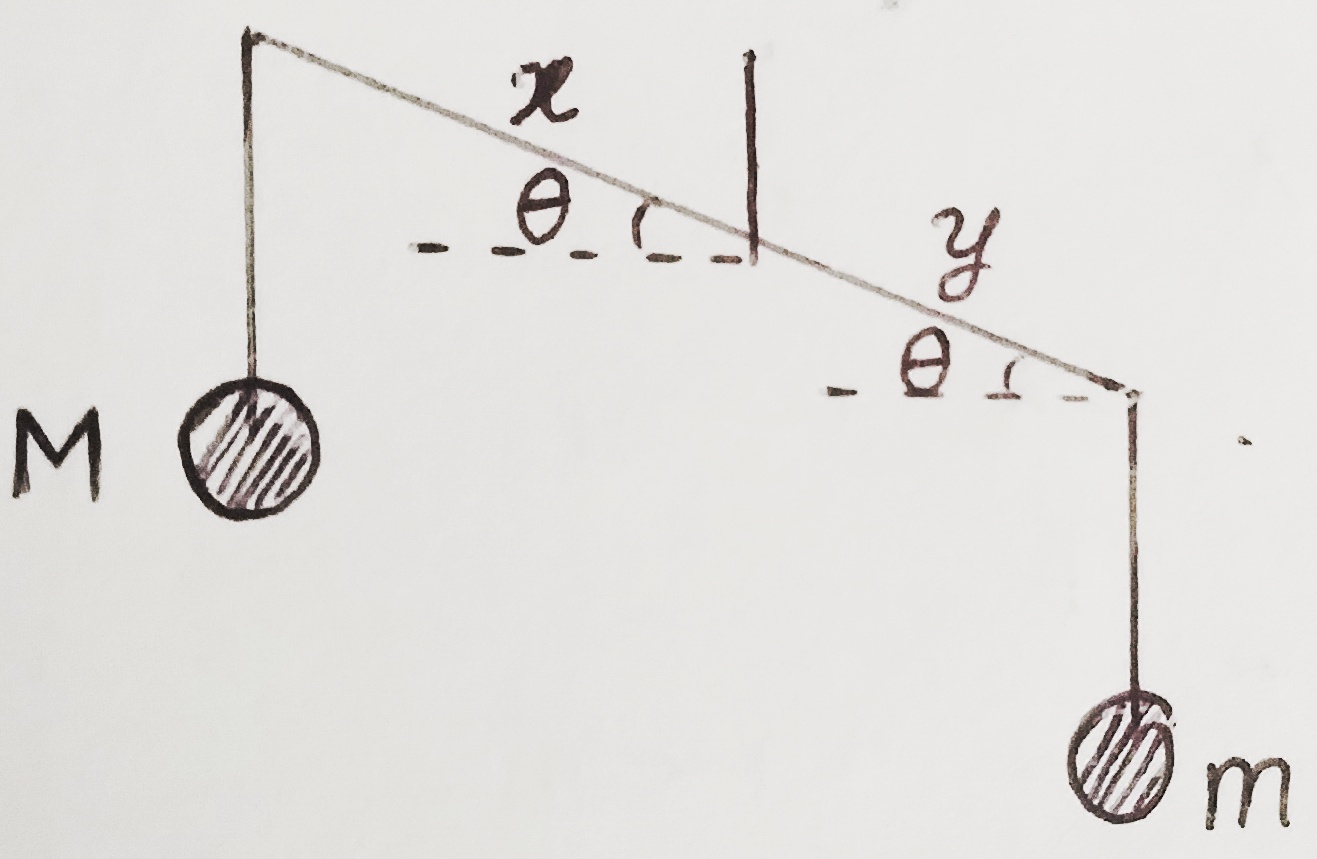 Then let's calculate the torque about point $O$.

And when talking about potential energy of each mass, when we lift one side up its P.E. is increased as well as the other one's P.E. is decreased. We can imagine that both of them cancel each other( This is obvious when $M=m$ and $x=y$).*

Thus shouldn't it be in neutral equilibrium?

But as we experience in day-to-day life balances always find a horizontal plane to be balanced. So what is wrong with my previous explanation?

Edit: The example of a beam scale may be irrelevant here. But I tried to balance such a rod and I couldn't keep it in neutral equilibrium. Is that because both masses are trying to keep their gravitational potential energy at a low level? Though this contrast again with above paragraph marked as *. Does it imply that these two masses do not act as a system?

The cross here marks the pivot point. As you (correctly) showed, the condition that this be an equilibrium configuration implies that $M g x = m g y$. 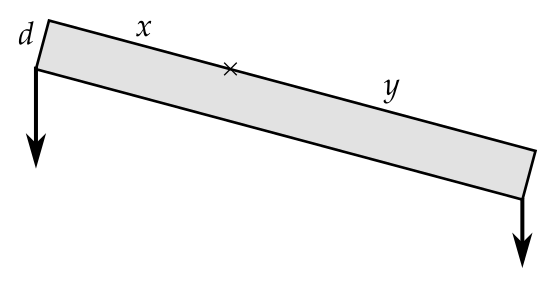 Note that the above also implies that if $d < 0$, the horizontal configuration is an unstable equilibrium. This would correspond to the case where the mass suspension points are (for whatever reason) above the pivot point.

With a balance beam scale, the point of support is shifted slightly up (think of the beam as being a little bent). Then the effective horizontal becomes a position of stable equilibrium (if the loads are equal).

Your calculations are correct, the rod will be in equilibrium regardless of the angle. This assumes that all the joints are pin joints, so that the joints do not transmit any torques, and that the vertical rods stay vertical.

A horizontal plane may be more aesthetically pleasing, but as anyone who has tried to hang a picture can tell you, objects can be in equilibrium without being horizontal.

Not the answer you're looking for? Browse other questions tagged newtonian-mechanics classical-mechanics torque equilibrium or ask your own question.

23
Why does the weighing balance restore when tilted and released
1
What techniques can be used to analyze a rod rotating about the edge of a table?
3
Why are non-horizontal levers not considered to be in equilibrium?
0
Angular equilibrium on a see-saw
2
Rotating Rod As a conical pendulum
1
Evaluating sum of torques for different choices of origin when solving equilibrium problem
0
Rotational Equilibrium of a Rotating Titled Rod about a Vertical Axis
0
Torque equilibrium