Can a curtain create a focused image on an opposite wall?

This video* (linked at the correct time of 0:26 sec) shows a scene inside a room of a home. Apparently projected on the wall is an imperfect but recognizable image of the outside street scene. The light forming this image has passed through a translucent curtain.

Here's a still which shows the projected image of an outside building onto the wall: 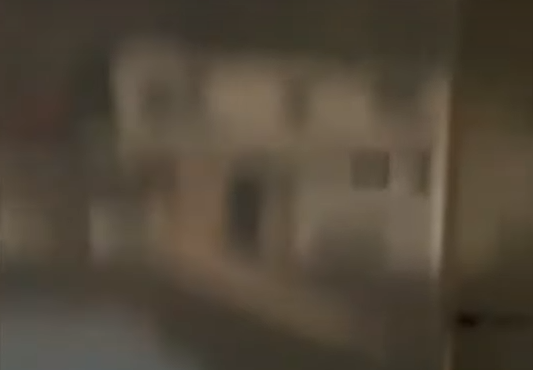 And another with someone's arm adding a shadow: 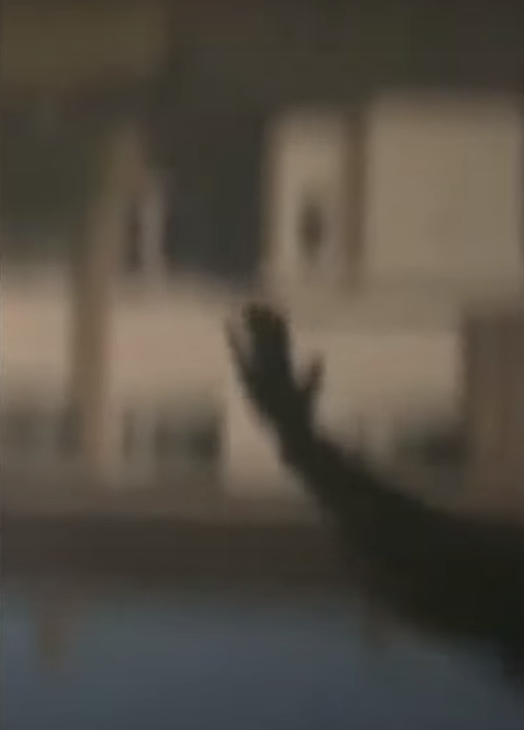 An opaque fabric material would just cast a shadow. I would have expected a translucent material to totally distort any pattern on the incoming light from the other side. And without any curtain you would of course expect also get no discernable image.

Instead it seems like this fabric is actually behaving like a lens? I am familiar with the concept of a camera-obscura, which is basically just a tiny hole that acts like a lens. Extrapolating from that... maybe the fabric is like thousands of such pinholes. But what is the mechanism that allows them to form a more-or-less focused image?

Note that the projected image covers a large wall area, including a portion of one wall which is perpendicular to the curtain; so the "focal plane distance" (if that's the right analogy) is not consistent.

It doesn't appear that this video is a fake, though I guess I can't rule that out.

(*) Its not a very serious video in total, and could even be NSFW, perhaps

Here is a better video of this Accidental Camera Obscura/Pinhole Camera Effect :
https://www.youtube.com/watch?v=Leuuaie2K4s&pbjreload=101&ab_channel=ViralHog

The thousands of pinholes in the curtain material are not the only source of light in the room. A more obvious and far brighter source is the narrow vertical slit caused by the gap between the two curtains, shown at the start of the video.

Others have posted similar images in which the light source is clearly a narrow gap between the opaque curtain and the window frame. For example :

The role played by the curtain here is not as a source of light but as a semi-opaque obstacle to reduce the size of the 'pinhole'. Totally opaque curtains would have given a better effect.

If there had been no gap between the curtains then the image from the holes in the material would have been similar to that from a window-sized pinhole! Each point on the window could be regarded as a pinhole. There is no single image from the window or curtain because the thousands of pinhole images are not aligned - they are almost totally blurred out of recognition. Different point objects are imaged at a single point on the wall, causing no clear overall image to be formed.

What is surprising for me is that a single small round hole is not essential. The effect also works (to an extent) for elongated holes - eg a narrow slit or even a series of narrow slits (see below). The impact of longer, wider or multiple slits is the same as for a bigger pinhole - ie it improves brightness but reduces the focus of the image. 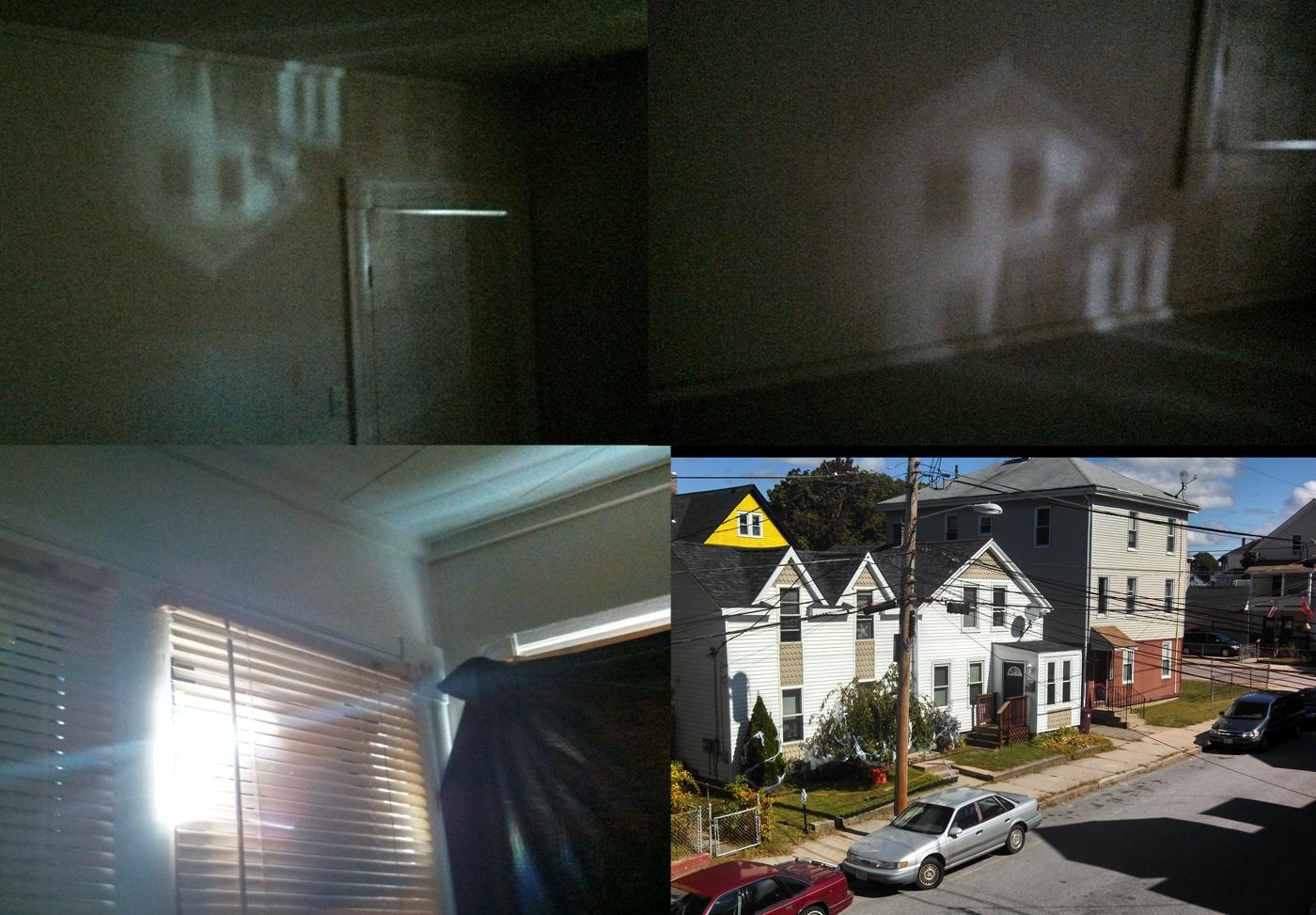 Not the answer you're looking for? Browse other questions tagged optics geometric-optics camera or ask your own question.