Two dielectric with resistivity. What is the charge distribution?

Suppose to connect this system to a battery with voltage $V$ at time $t=0$. I was wondering to say something about the charge present in the system at $t=0$ and at $t=+\infty$. Specifically, the charge on the metal plates, on the interface between the two materials and the charge inside the two materials. If a volumetric distribution is present for the latter case, how can I find the expression as a function of $x$?

I think that each dielectric/resistivity couple can be represented as a resistance and a capacitance sharing the same voltage, as reported in the next figure: 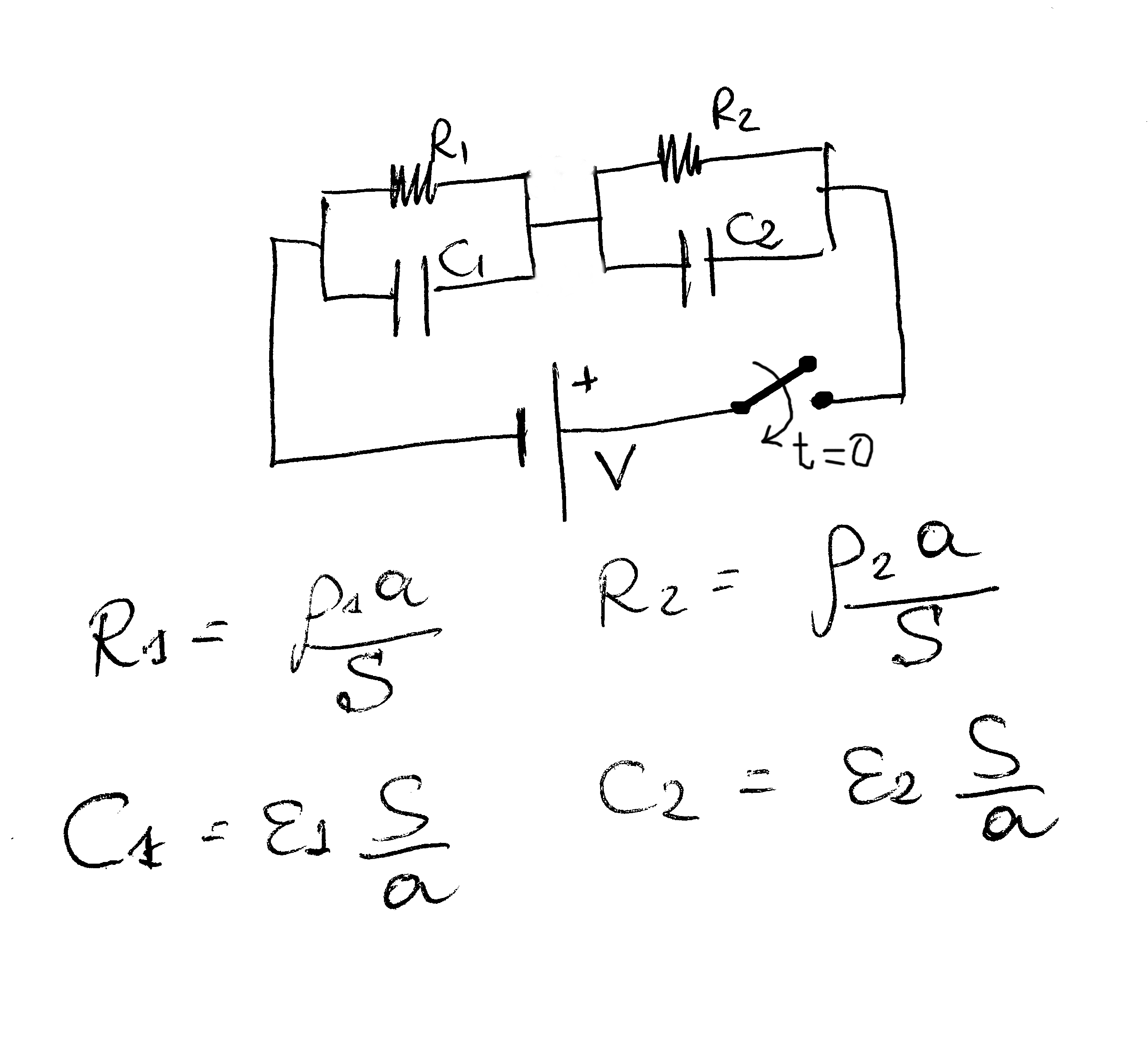 (In the figure, $S$ stands for the area of each plate).

As you noticed, the approach using an "equivalent circuit" does not teach me anything about what is happening to the charge internally. Which are the physical principle that lead me to a concrete answer to this question?

How can I approach this kind of problems?

Your equivalent circuit is fine.

As drawn with an ideal cell (no internal resistance) and connecting wire having no resistance the system will arrange itself so the the voltages are those of a resistive potential divider with the capacitors appropriately charged as you stated in your question.

This analysis would require a finite amount of charge to flow (to charge up the capacitors) in an instant of time which is not possible in the real world.

In the real world with the connecting wires and the cell will have resistance (and the whole circuit will have some â€śparasiticâ€ť self inductance).

The analysis would now have the capacitors uncharged at the instant the switch is closed.
As time progressed the capacitors would charge eventually reaching a steady value with the voltage across them dictated by the resistances of the resistors in the circuit and the emf of the cell.

Not the answer you're looking for? Browse other questions tagged homework-and-exercises charge electrical-resistance capacitance dielectric or ask your own question.