What is the capacitance of parallel plate capacitor with different electrode material?

But how about electrode materials between dielectric, will the capacitance be different? Thanks.

However, for modern electrochemical capacitors this relation is not quite correct; a large part of the capacitance is due to a surface effect called double-layer capacitance (image from http://en.wikipedia.org/wiki/File:EDLC-Charge-Distribution.png): 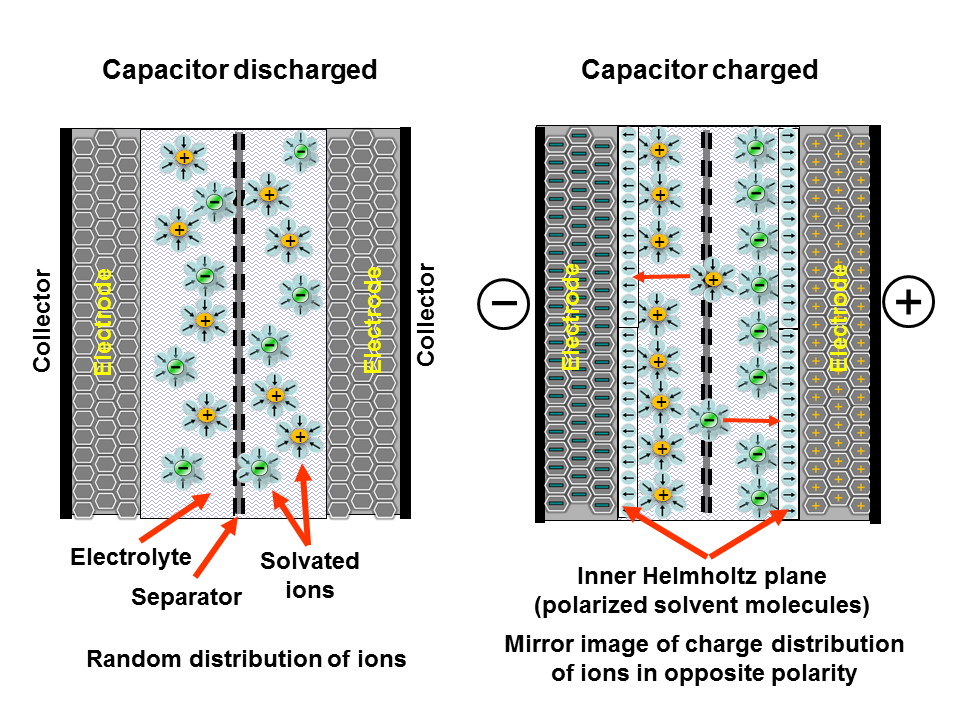 The capacitance of electrolytic capacitors and supercapacitors is thus largely dependent on the effective surface area of the electrode material used, and thus materials with large surface areas (like activated carbon or other porous materials) are often used. This allows one to construct capacitors with far higher capacitances than would otherwise be expected from a naive application of the parallel plate capacitance formula.

Not the answer you're looking for? Browse other questions tagged electricity charge capacitance dielectric or ask your own question.