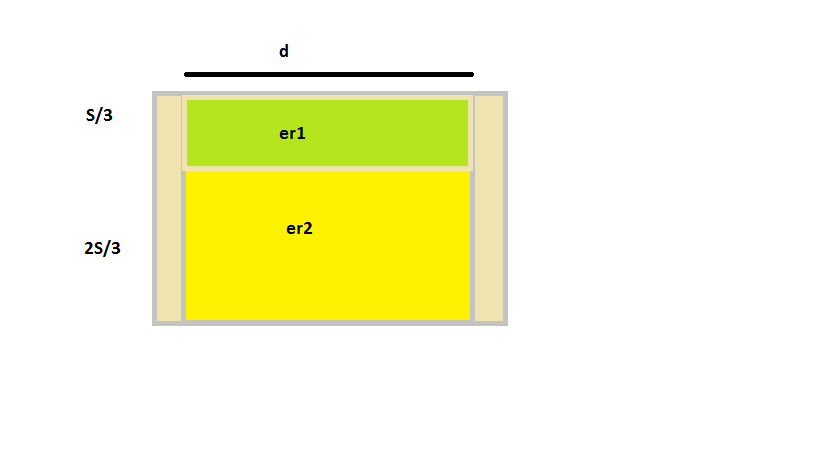 During the calculation I faced the following doubts: I applied gauss theorem to the flux density in both areas of the dielectrics and I got:

$σ$ is the surface density of the free charges $=Q/S$,

doing the same with the second surface I got that

and because my two dielectric are in parallel so $E1=E2$

BUT this not true! so where did my logic fails?

The answer is the density of the free charges σ on the capacitor plates isn't uniform. it varies from region 1 to region 2.

Not the answer you're looking for? Browse other questions tagged homework-and-exercises electrostatics electric-fields capacitance dielectric or ask your own question.

0
Capacitors in series with dielectric: Charge distribution
1
induced charges inside a capacitor with two dielectrics
0
the conservation of the Electric displacement vector
0
How can the system of dielectric and metal plate be treated as a capacitor?
0
Electrostatics: Charge Distribution and Energy - Confusion
2
Dielectric permittivity
2
Dielectric and capacitor
0
Surface charge on dielectric interface