If there is an upward normal net force when an elevator is going up, then shouldn't I be floating as an impact of the upward force?

But in reality, it is the opposite case. I feel a force downward, I feel heavier. 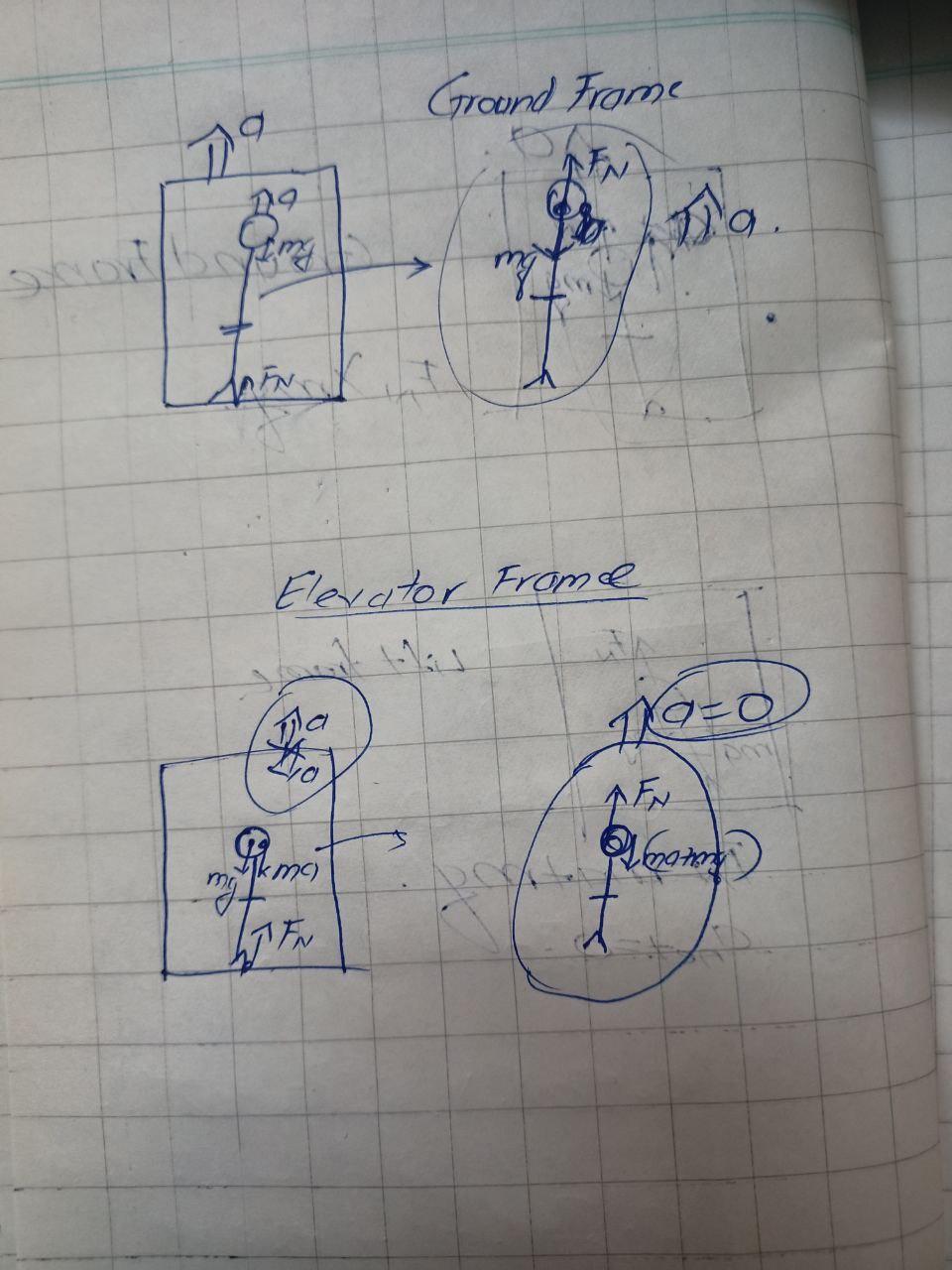 For understanding this, you have to specify the frame of reference. The person is floating up, as mentioned by Noah's comment.**

Ground Frame: Here, the elevator and the man move up with 'a' acceleration. The normal force, as you rightly mentioned, is greater than the weight of the man, so relative to the ground (or the building) the man does seem to be floating up, as the elevator is going upwards.

Elevator frame: Since the elevator is accelerating, this is a non inertial reference frame, so we have to add pseudo forces when we have to analyze motion from the point of view of the elevator.

Here, in the elevator's reference frame, the man is experiencing not two, but three forces: His own weight, the normal force exerted on him by the elevator, and the pseudo force 'ma' (where m is the mass of the man). Since neither the man nor the elevator has any acceleration in this frame, the forces should be equal, i.e.

So, for an observer sitting inside the elevator, the man does not float up, and is stationary.

Relative to an observer on the ground, or to someone stationary in the building, you would be rising upwards.

So you would feel like you weighed about two times your original weight. So yes you do feel heavier.

Note that if the elevator were moving up with a constant velocity, you would feel the same (no acceleration).

Not the answer you're looking for? Browse other questions tagged newtonian-mechanics forces newtonian-gravity or ask your own question.