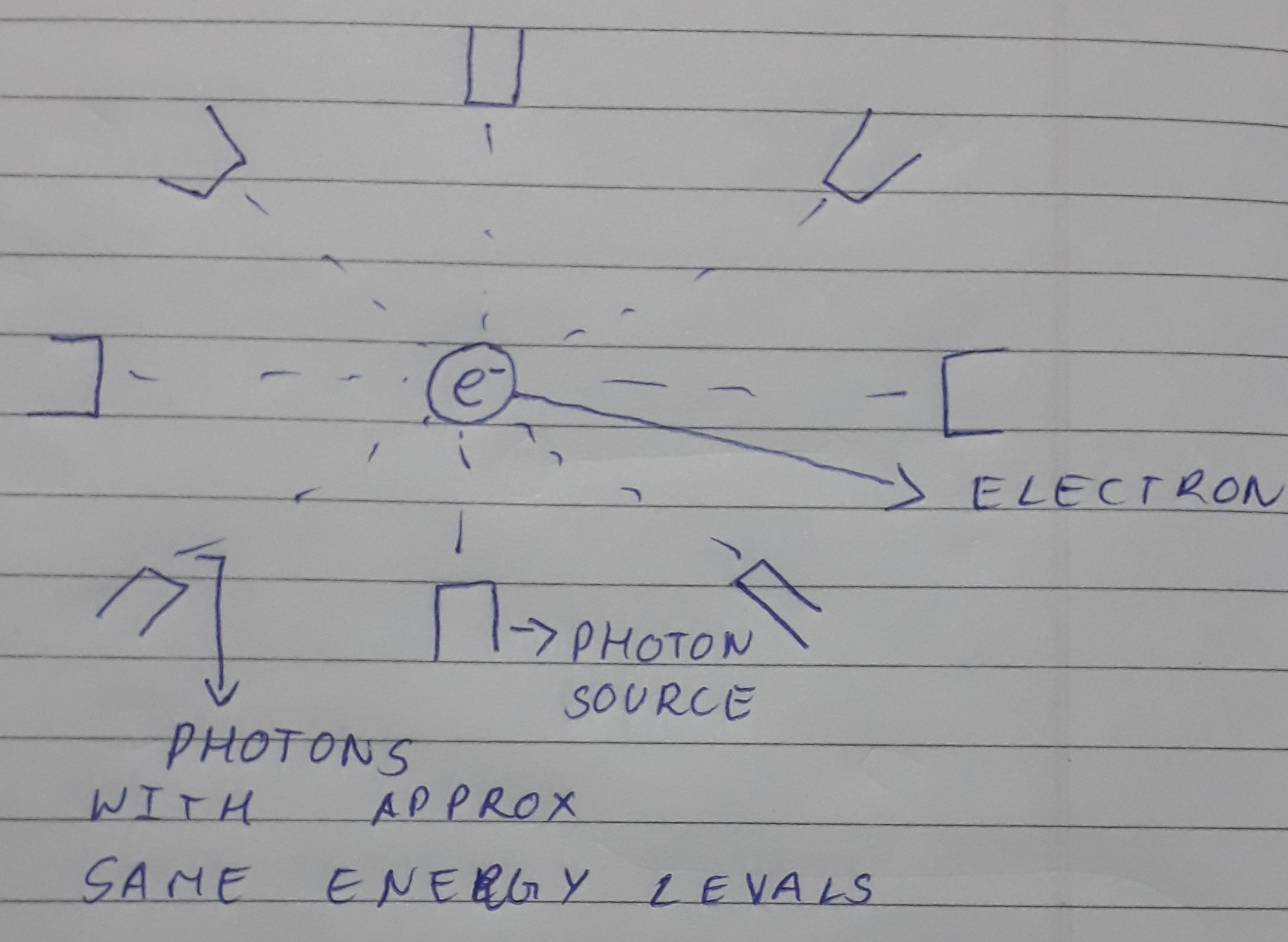 According to Heisenberg's Uncertainty Principle when we shoot or project photons on an electron from one side then there is 100% possibility that there is some error in calculating the position and momentum of the electron because it may change its position but as shown in the photograph if we project photons on an electron from all sides or directions then will we be able to find the position and momentum of electron precisely? Though the technology to do this may have to be very advanced but if such kind of Technology existed then could it be possibly done?

quantum-mechanics heisenberg-uncertainty-principle quantum-measurements
Share
Improve this question
edited May 21 '19 at 15:33

No. The Uncertainty Principle applies regardless of the number of photons being used to determine the electron’s position or momentum. It is an inescapable part of quantum mechanics.

Our currently accepted theory, the Standard Model, together with QM, has been validated by numerous experiments, and the theory fits the data the best, that is why we use these theories as our underlying methods to model the physical phenomena.

These phenomena include the orbit of the electron. It is very important to distinct between a classical orbit (that you are maybe using here) from the QM orbital.

Our models predict that (and the experiments verify):

Now as per QM, it is all probabilities. The problem is not with out measuring apparatus (this is what your question suggests). The phenomena of the electron not being a classical billiard ball, but a fuzzy point-particle, that is based on the nature of our universe, and QM describes it the most accurately.

The most important thing is that the nature of our universe on the micro level is probabilities. The electron exist around the nucleus at a certain energy level as per QM everywhere with certain probabilities. Now you are suggesting that we should try to shoot photons a towards the electron from all directions.

Now, to get a more precise measurement of the electron's position you would have to want to restrict it to a smaller and smaller space around the nucleus. This has two problems:

Not the answer you're looking for? Browse other questions tagged quantum-mechanics heisenberg-uncertainty-principle quantum-measurements or ask your own question.

68
Is the uncertainty principle a property of elementary particles or a result of our measurement tools?