I understand how coherent light can produce interference patterns with a thin oil film. However the sun is a spatially incoherent light source.

How can it be that at oblique incidence I still see colors caused by inteference. Because when at an angle, the rays that interfere come from different spatial positions of the sun. At normal incidence the light ray would interfere with itself and the interference effects depend on the temporal coherence.

I don't think I can use the Van Cittert-Zernike theorem here because I am considering two parallel rays which do not originate at the same point (Or can I assume this, because the sun is so far away?). 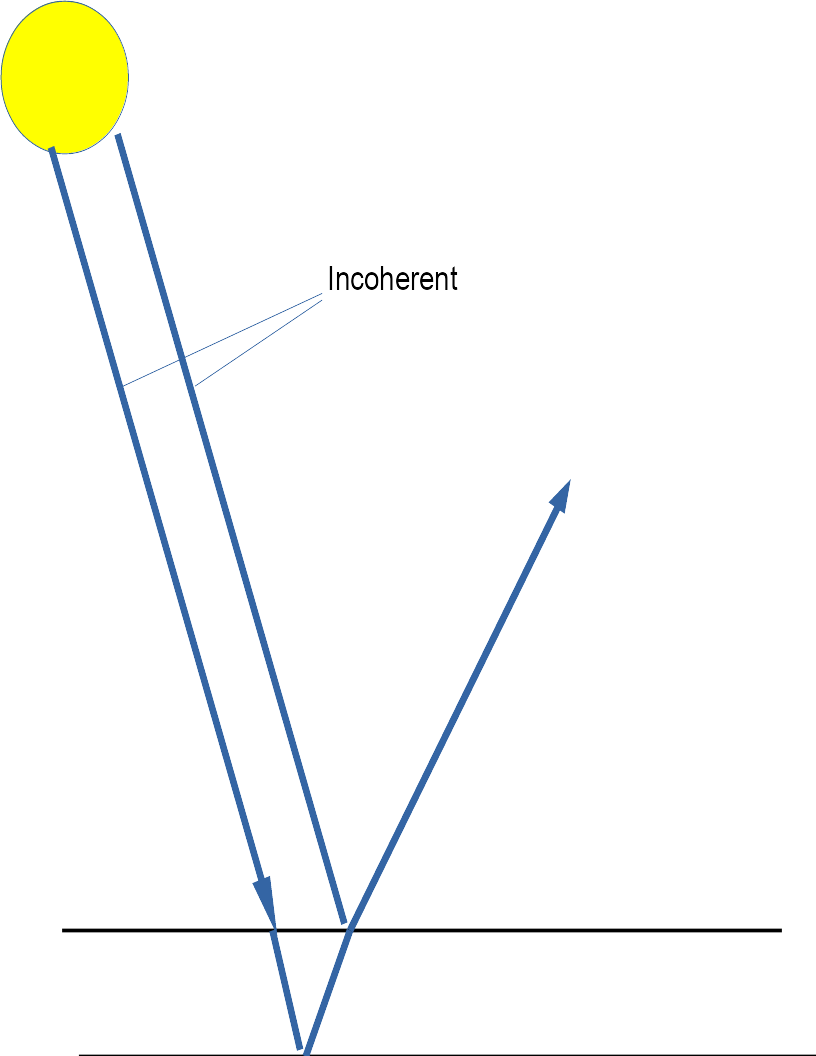 If you shine a narrowband light instead of broadband, you won't see color changes but more like bright-and-dark fringes.

And regarding spatial coherence, yes, if the sunlight were to have a terrible spatial coherence (huge wavefront aberration across a small patch of the film), the color pattern will be likely ruined, but I think sunlight decently approximates a spatially coherent source (it's not a point source but close).

So you have an infinity of interference patterns, one for each point of the extended source (the Sun). If these patterns had an angular fringe separation smaller than Sun's angular size, you wouldn't see no fringes. But this doesn't happen.

Note that an analogous issue arises with rainbow (which isn't an interference phenomenon). Each point of Sun causes its own rainbow and they superpose producing a smeared rainbow. Happily the angular extension of rainbow (about $2.8^\circ$) is greater than Sun's angular size ($0.5^\circ$) - otherwise we wouldn't know of that beautiful sight.

The interference explanation is an excellent classical one but a photon is never destroyed by photons cancelling each other. The photon "wave function" helps to explain that certain wavelengths cannot traverse a thin film due to its non-ideal path length, the colours are visible as some wavelengths are transmitted and others reflected. I.e. a thin film does work for a single photons.

Not the answer you're looking for? Browse other questions tagged interference coherence or ask your own question.

6
Is this wave spatially coherent?
6
How light from a thermal source gets coherent behind a small hole?
9
Quantum interpretation of light coherence
1
A Question About Thin Film Interference
2
What kind of light coherence is required for an image
2
Is it possible to “force” two separate light sources to be coherent?
1
Why incoherent white light can be diffracted by a cd surface into its composing frequencies?
2
Why can we observe thin-film interference or optical fringes when a film is illuminated by broadband radiation?
3
Degree of first-order coherence doesn't imply always 100% visibility?