Why incoherent white light can be diffracted by a cd surface into its composing frequencies?

A diffraction grating can separate white light into its frequencies because different wavelengths will interfere differently at different angles, resulting in distinct exit angles for each color.

I know that a cd surface can act as a diffraction grating because of its regular and tiny spaced pattern.

Reading online, a lot of sources say that a prerequisite for a clear pattern of diffraction is a coherent light source. Even the derived equations to calculate the angles of diffractions according to the wavelength assumes a coherent phase.

A incoherent light would have many frequencies, each of them with many different phases, generating a lot of different interference patterns that would probably cause a blurry image to be formed in the end.

Also, Spectrophotometers use a tungsten or deuterium source to generate incoherent light, that is then separated by a diffraction grating in a analogous way. 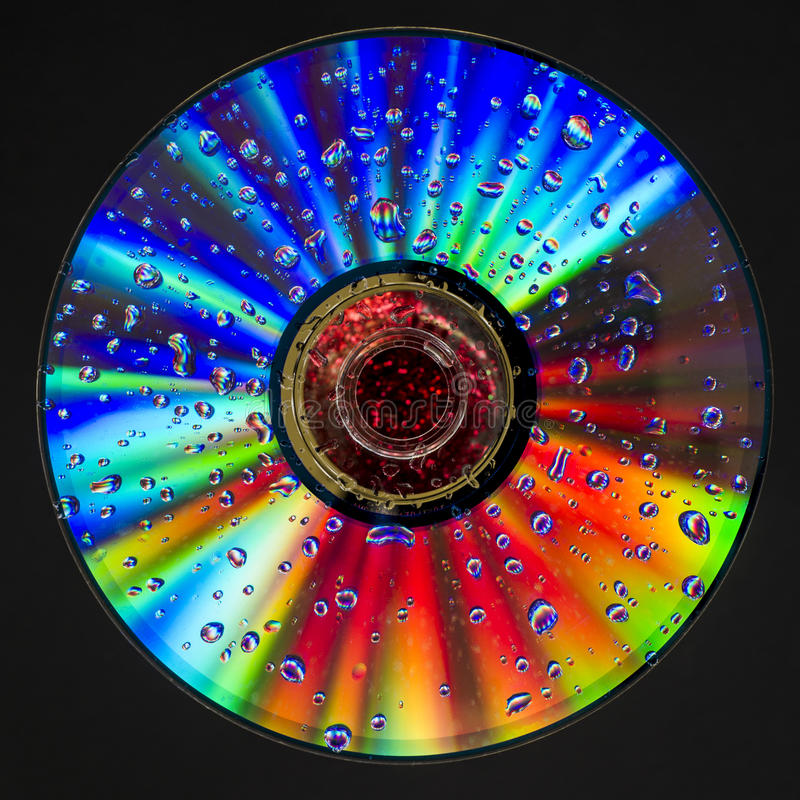 When a narrow beam of light from a monochromatic point source like a laser diffracts from a diffraction grating, it forms a diffraction pattern on the wall consisting of a string of dots. That pattern matches your understanding of what you've read about diffraction. When the diffraction grating has a very small pitch (as in a CD), the spacing between dots is large.

In the case of a CD, the grating pitch is small enough that the dots are far apart.

You'll find that if you look at the CD under a bright but cloudy sky, or under indirect light that does not cast a shadow, the colors are not clear as in the photo you attached to the question. In fact, if the illuminating light is sufficiently diffuse, you won't see any discernable color. That is because highly diffuse illumination corresponds to a light source whose angular width is extremely large.

The following answer is in support of the answer provided by S. McGrew.

To emphasize what is and isn't necessary for interference effect let me discuss a case that occurs with plain daylight.

When you have a thin film, such as a soap bubble, or a very thin oil film on water, reflexions of the light give rise to color.

Let me take the following case that most people will know from daily life: Some gasoline has been spilled on ground with water puddles. A very thin film of the gasoline spreads out.

When the film thickness is down to the wavelength of visible light you get color effects. The incoming daylight can reflect from the top of the oil film or from the bottom. This multiple reflection gives rise to interference effect. You get selective suppression of specific colors. The color is different in every spot because the thickness of the oil film is different in every spot.

It's worthwhile to take the time to realize what is going on.

The light is daylight, so the source is the full spectrum, and the light is coming from every direction. But as we know, the interference effects in the oil film does produce colors.

I recommend that in addition you look up descriptions of the optical phenomenon called 'Newton's rings'. Newton had ground a piece of glass to give it spherical curve with a very large radius. Then he clamped the curved glass onto a perfectly flat piece of glass. The gap between the plates of glass is then so small that interference effects give rise to rings of light and dark. The innermost rings are relatively well defined. From the innermost rings to outside the rings become fuzzier and fuzzier.

Again, Newton and everybody else who replicated his observations used daylight.

I hope that with this I have established that there are setups where observable interference effects are elicited using daylight.

The following remark in the answer by S. McGrew is very important:

"You'll find that if you look at the CD under a bright but cloudy sky, or under indirect light that does not cast a shadow, the colors are not clear as in the photo you attached to the question. In fact, if the illuminating light is sufficiently diffuse, you won't see any discernable color. That is because highly diffuse illumination corresponds to a light source whose angular width is extremely large."

In the case of oil film colors and Newton's rings the type of interference effect is that it occurs very locally.

As S. McGrew points out: in the case of a diffraction grating the spacing between the lines of the grating is consistent over a significant area, and that means a setup is possible where effects from all over that consistent spacing area reinforce each other (rather than averaging out).

With that added element the two following factors make a difference.

So: if you use a light source that is very close to monochromatic, and it is available as a point source, then that opens up a world of possibilities because then the interference effects will be sharply defined.

For example, when Dennis Gabor developed the technology for Holograms he used Mercury arc light, passed through a special optical filter to narrow down the frequency band. That light is not as monochromatic as laser light, but it is among the closest to monochromatic that was available at the time. In order to create a hologram Gabor had to obtain a point source of light. No doubt the process of confining the light to effectively create a point source was not efficient.

I get the impression that there a lot of babylonian confusion as to the word 'coherent'.

A rough way to describe how the word coherent is used in optics is to describe what kind of circumstances give rise to light not being regarded as 'coherent'.

Let's say you are using a laser that is designed to automatically sweep out a spectrum. Let's say the spectrum takes seconds to be swept out. Then on a microsecond level that variation of frequency won't reduce sharpness of definition. A photo taken with a shutter time of a microsecond will still show a sharp image. On the other hand, if the luminosity is so low that you need a shutter time of seconds then the picture will be blurred. So in this particular example the temporal coherency is sufficient for interometry on a microsecond timescale, but not sufficient on larger time scales.

3
What makes the radiation behind slits coherent?
3
What determines how much power goes into each diffraction order?
29
Why does light reflected from an LED TV screen make a sharp X pattern?
2
Why oil films still have color when illuminated by an incoherent source (sun) at oblique incidence
0
Diffraction grating: Why does the light need to be in-phase?
0
What happens if I send light from two light sources through a single slit?
1
Is there a difference between a diffraction pattern and an interference pattern?