Why is the rotation curve of a galaxy lower if measured with CO rather than H?

I have a simple question regarding galactic rotation curves. I know they are studied mostly using 21 cm emission of Hydrogen in the outer regions and with CO emissions in the inner regions, but why do the velocities slightly differ? See this one for example and don't mind the disc, bulge, gas, and halo curves: 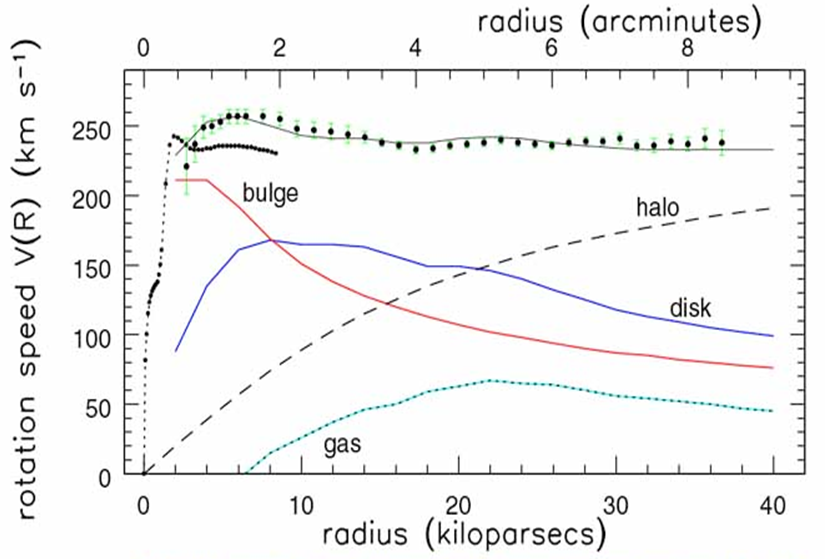 This is from Sparke & Gallagher's Galaxies in the Universe (Amazon link). The figure caption says,

Points give the rotation curve of NGC 7331, as found from the HI map of Figure 5.13; vertical bars show uncertainty. CO gas (dotted), observed with a finer spatial resolution, traces a faster rise. The lower solid curves show contributions to V(R) from the gas disk, the bulge, and the stellar disk. A dark halo (dashes) must be added before the combined rotation speed (uppermost curve) matches the measured velocities – K. Begeman and Y. Sofue

I can't really say what the significance of the result is that you show without some more details on what exactly is being shown in the picture and where it is from.

Here though is a counter-example from the well-cited study of Fich, Blitz & Stark (1989) for our own Galaxy, which appears to show excellent agreement where the two techniques overlap between 5 and 9 kpc. In this picture the CO measurements are the solid bars and the 21cm measurements are the inner ones with dashed points.

However, in distant galaxies spatial resolution can play an important role. The spatial resolution of the 21cm observations will be much lower than the CO observations. This will "smear" the observed rotation curve so that you get contributions from gas at a range of radii. This will become very important in the inner regions where the velocity changes rapidly with radius, The exact effect will depend on the intrinsic profile.

I don't really see how this explains the differences in the curves you show and in general I believe the agreements are much better than this, though it is normally the case that the CO measurements are trusted more in the inner regions. Is there anything peculiar about this galaxy? A molecular ring or a bar or some such feature? 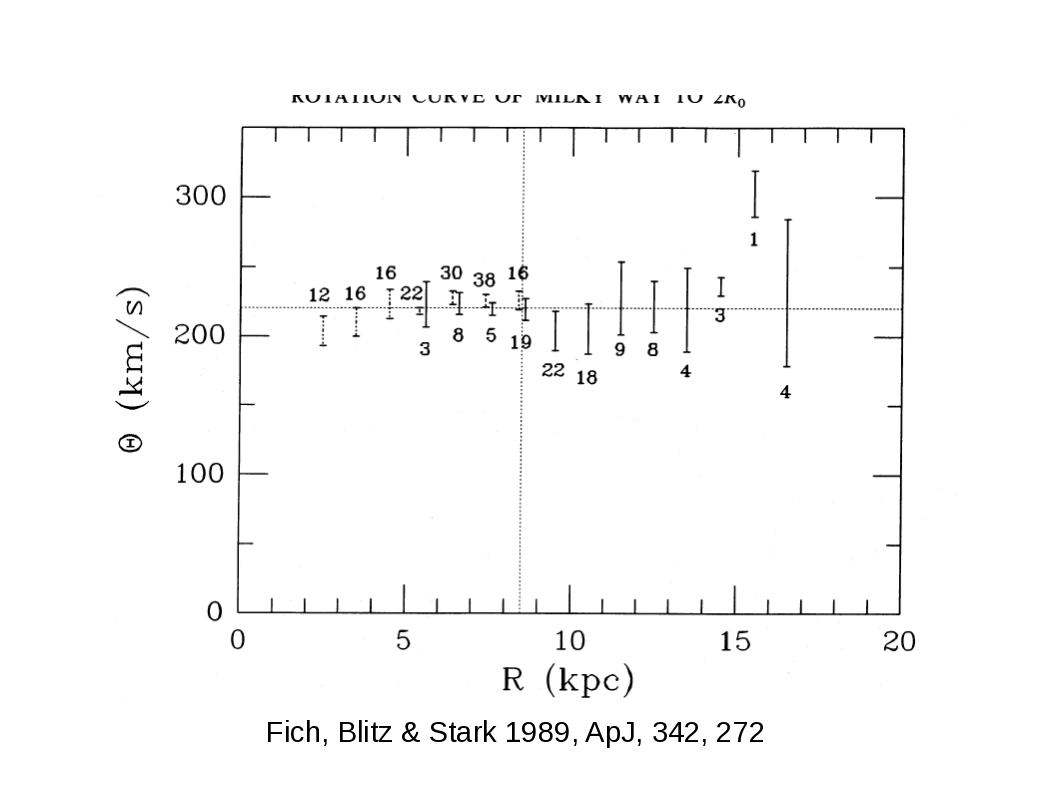 Not the answer you're looking for? Browse other questions tagged astrophysics dark-matter galaxy-rotation-curve or ask your own question.