Angle needed for object A to intercept with object B 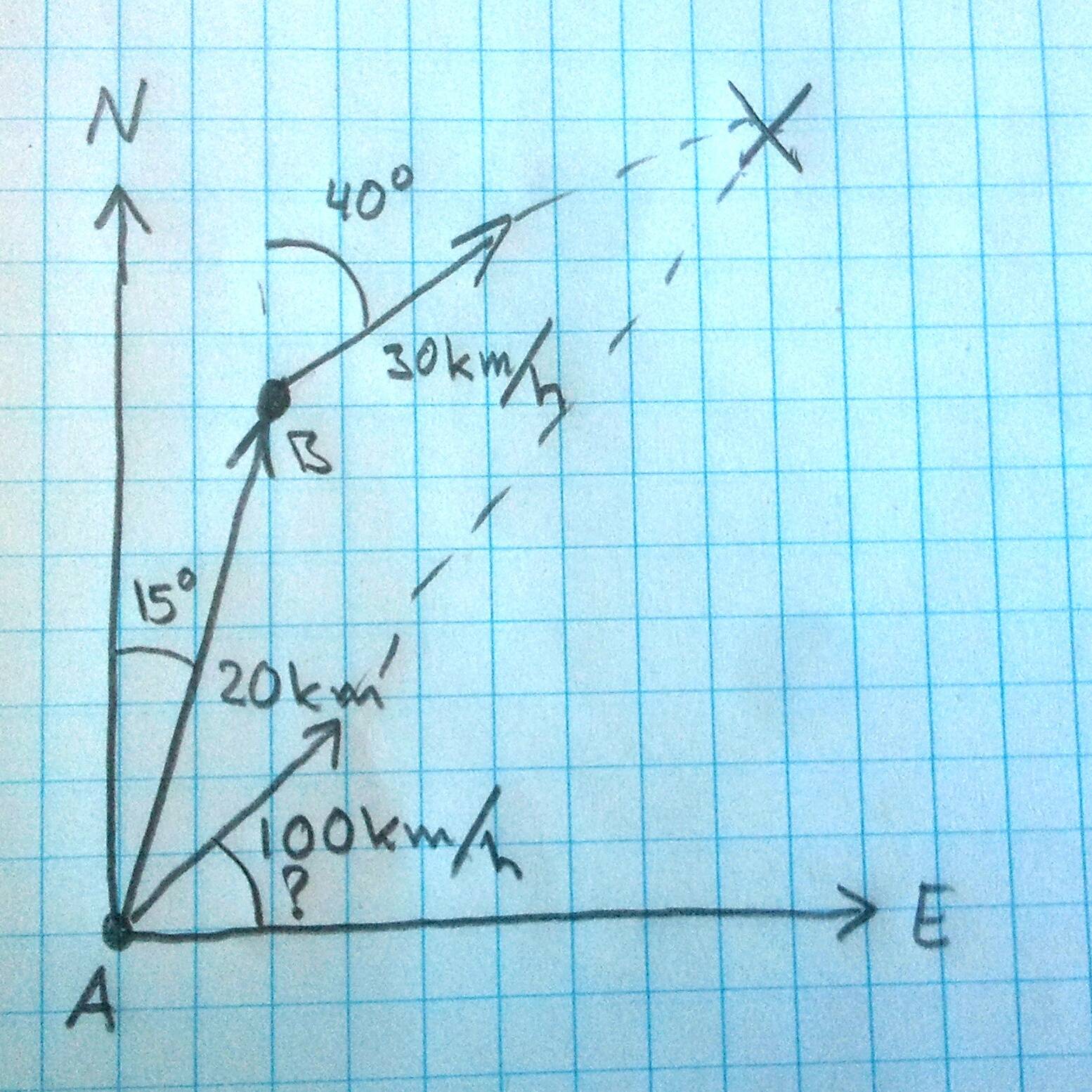 Is this correct? Isn't there a better way of doing this, like using vector products?

PS. I've found a very similar question here, but didn't quite understand how i.e. $\alpha + \beta = 40° $, because my calculations show $ =35° $. And trying to read through comments and answers, confuses me more due to updates being made inconsistent to comments about the updates done. And due to me not having enough reputation, I'm not able to ask counter-questions.

BONUS Question: I have been searching high and low on how to make a simple graph of my problem. Like this here question, with a graph of the problem hosted at stack.imgur.com which I guess was generated by LaTeX on stackexchange.com, right?

Now consider A intercepts B at a time $t$. The equations for the distances travelled by B are:

You now have 2 equations, 2 variables, and a whole lot of fun solving them simultaneously.

There is a technique based on vectors that solves the problem, and lets you know if there is no solution, one solution or two solutions.

Assume the pursuer travels at 100 km/hr at an angle $\beta$. We're going to try to divide this velocity into two non-perpendicular components

One matches the velocity of the target exactly. So in the problem above, assume that one part of A's velocity is $30\angle 50°$. It wouldn't matter if A's total velocity were less than 30.

So, we have (in theory) completely cancelled out B's attempt to escape. Now, how does A reach B? A must travel at some velocity (say X) along the original direction from A to B. (Since we've cancelled out any of B's movement) So, in this problem, the other part of A's velocity is $X \angle 75°$

So, finally, we're reduced to solving:$$30\angle 50°+X \angle 75°=100\angle\beta$$One way is to expand each vector into X and Y components and set up two equations. If you eliminate $\beta$ you get a quadratic in X. If there are any real positive values of X, you can then substitute and solve for $\beta$

Not the answer you're looking for? Browse other questions tagged homework-and-exercises kinematics vectors geometry or ask your own question.

0
Calculating two particle position and velocity with each other?
1
Intercept a moving object