We see that, in longitudinal waves, particles move to (forward) and fro (backward), but why? When a particle has been shifted forward, why will it even come back and vibrate around it's initial position. Why not just move forward and ultimately stop due to losing its energy, unless again pushed by some other wave or energy? 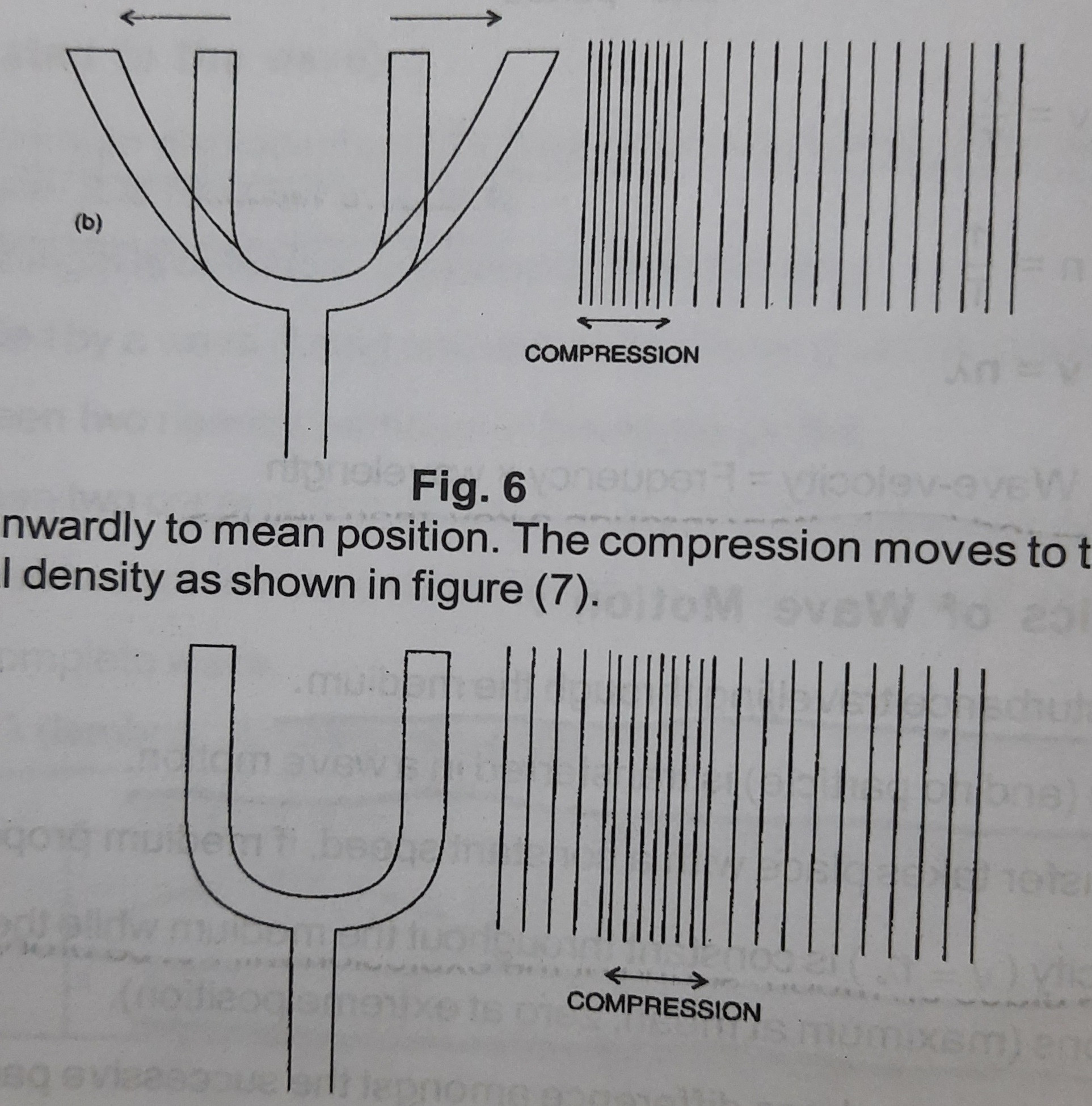 Is it because of pressure difference and diffusion process? If yes then why only to and fro?

A longitudinal wave is created by something shaking forward and then backward. When moving forward, it sets a volume of air right next to its surface in motion in that direction, but since air is compressible, the forward-moving slice of air is also compressed. That compressed air looks for the first opportunity it can to expand out again, which it does by pressing forward on the next slice of air, which compresses slightly, starts to move, and then begins compressing the next slice.

Note also that because each slab or slice of air here has mass, it resists being set into motion, enhancing the compression effect.

Meanwhile, the vibrating object has begin moving in the opposite direction and is now expanding the slab of air sitting right next to it, and sets it in motion backwards. That slice of air wants to shrink back to its original volume and it begins doing so by pulling backwards on the air slab right next to it, which is set in motion backwards, which expands it, which makes it pull on the next slab, and so on.

Note also that once again because of the inertia of the air in the slab, it resists being pulled backwards once it has been set into forward motion, which enhances the decompression effect.

In this way, a zone of low pressure propagates away from the backwards-moving surface, following right on the heels of the zone of higher pressure which is also moving away from the vibrating surface.

Then the moving surface reverses direction , starts pushing on the adjacent air slab again, and there whole process repeats itself. A moving wave train of alternating high and low pressure zones is the final result.

The key to understanding wave propagation in a medium like this is to separate the bulk volume of the medium up into thin slabs next to one another and realizing that each discrete slab possess both mass and compliance, and that those slabs communicate with each other by exerting forces on one another.

That is how you get longitudinal waves.

Typically the restoring force will be provided by repulsive forces between adjacent particles which make it energetically favourable for each particle to occupy a position mid-way between its neighbours.

When a particle has been shifted forward, why will it even come back and vibrate around it's initial position.

You are inhibited in your reflections by the example of air. Instead, take a metal rod and strike one end. The longitudinal wave will propagate to the other end, but all atomic structures (except possibly at the point of impact) will remain in place after the oscillation. The elasticity of the material allows the wave to propagate, but not permanent material displacements.

It is similar with air, but there one should speak of viscosity. There are also side effects, such as air turbulence at the edge of the sound cone.

Not the answer you're looking for? Browse other questions tagged waves vibrations or ask your own question.

3
Using sinusoids to represent sound waves
15
In wave motion of a string both kinetic energy and potential energy are minimum at $y=y_\text{max}$ then why does the string come down again?
1
An intuitive explanation regarding propagation of mechanical waves
4
What is the mechanism that moves an air molecule backwards in a sound wave?
84
Why do travelling waves continue after amplitude sum = 0?
2
In which-pattern does the individual-particles move in a longitudinal wave?
7
What prevents sound to be just wind?
3
Longitudinal Wave meets Transverse
1
Huygens' principle: Its correct interpretation, and why there is no destructive interference in every wave? (unsatisfied with current answers)