It is my understanding that X-rays can be generated by placing an anode and cathode in a vacuum tube, then creating a high voltage differential between them causing the electrons to be accelerated between the anode and cathode. The energy gained by the electron is $e*V$ where $e$ is the charge of a single electron and $V$ is the voltage difference. (If I am wrong so far let me know).

What I want to know is, why can't gamma rays be generated using this technique? What is the upper limit on how high energy the photons can get? Why can't you just increase the voltage drop indefinitely?

I'd imagine that something in the x-ray tube must 'break' if you set the voltage too high. What exactly breaks and how?

First you make very fast electrons. You aim them at a heavy element. First off, sometimes the fast electrons will knock an inner electron from an atom out of position. Both electrons will leave. Some random electron will replace the inner electron, and in the process will release a fixed quantum of radiation. This will not be gamma radiation unless the atom is one where the drop to an inner electron gives gamma rays. Someone probably knows whether that can happen with any known elements but I don't. The K shell of tungsten gives x-rays, and I will guess that the others won't be a whole lot more energetic.

Here's a quick rundown of radiation in general. Radiation happens when a charge is accelerated.

Slow acceleration makes weak radiation. We detect radiation only when its effect on atoms is detectable, and the radiation from slow acceleration is not easy to detect! It's easiest when many charges are accelerated together, at a frequency that some arrangement of atoms is particularly ready to be affected by. So a radio tower accelerates a lot of elections linearly together in a sine wave, and radio receivers can detect that if they are tuned to the right frequency.

Fast acceleration can produce strong radiation which has big effects without needing a periodic wave. It can be aperiodic and still get observed. And that's mostly what X-ray tubes produce. A fast-moving electron which gets close to a nucleus will bend around it, that's acceleration. A short pulse. How much energy in the pulse? It depends on how close it got. Wavelength? Frequency? That doesn't mean much in this context. 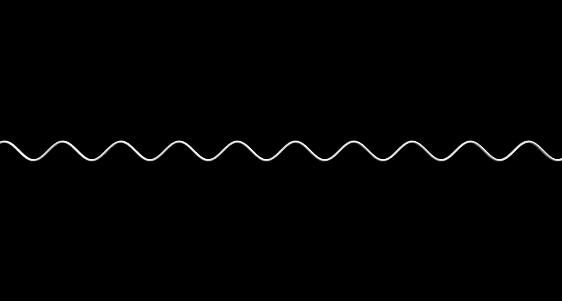 In theory you could get radiation as high-energy as you want, by increasing the voltage. But most of the radiation would be x-ray or lower energy. See the Increasing the Tube Potential (kV) graph in this link.

You would run into physical problems with heat, durability of the various materials, etc. Something like 99% of the energy comes out as heat, and your tungsten or molybdenum anode will eventually melt. Or little bits will vaporize and get deposited elsewhere. There could be other problems too, but I expect if you tried you might create a device which could get a small fraction of gamma rays for a short time.

Not the answer you're looking for? Browse other questions tagged x-rays or ask your own question.

7
What's the difference between Hard X-rays and Gamma-rays?

2
what could generate a high-pitched whine in electronics where the frequency depends on the current?
5
Direction of X-rays from x-ray tube
0
Electron energy in a synchrotron storage ring vs. X-ray energy from the wiggler: why is the latter much lower?
2
Emission of Characteristic X Rays
0
The bremsstrahlung and the atomic number of the element of the target
1
The equation of the wavelength of the bremsstrahlung
0
Dose calculation of X-Ray tubes
3
Are there solid-state devices that can produce x-rays?
0
Why is it necessary to dissipate the heat of the anode in an X-ray tube?