Can ionizing radiation cause a proton to be removed from an atom?

I understand that light of 100nm or less can cause an electron to be ejected from an atom, creating an ion.

Could it instead cause a proton to be ejected from the atom? (This would also be "ionizing")

Does it matter whether the atom is stable? If an atom is already an ion, does anything happen differently?

The binding energy of a proton in a nucleus is generally on the order of 1 MeV. Therefore the photon has to be a gamma ray.

Does it matter whether the atom is stable?

If the nucleus is proton-rich compared to the line of stability, then the process could go with slightly lower-energy gammas, and would probably have a higher cross-section.

If an atom is already an ion, does anything happen differently?

No, electrons are not normally significant actors in nuclear processes. The energy scales differ by about a factor of a million.

Instead, if you liked to remove a proton from the nucleus, the photon would need to carry the binding energy of a few $MeV$ -- check out the mass defect, which is often stated as "average binding energy per nucleon". 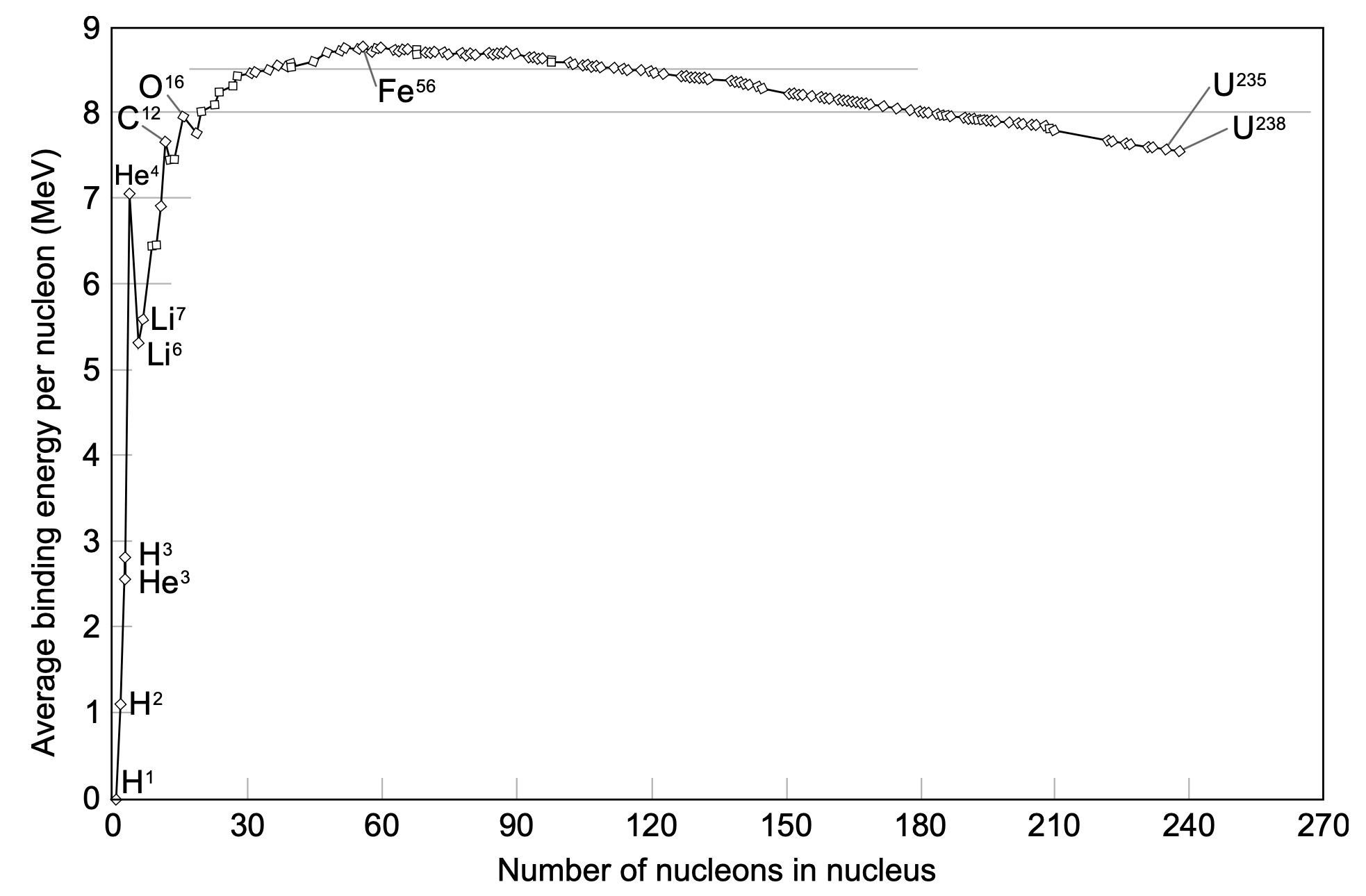 Hence, taking only this argument, the photon with $\lambda=100nm$ is not able to remove a proton.

This energy is well below the typical proton separation energies of nuclei, around 8 MeV (roughly a factor of $10^6$ larger). This means the wavelength of the photon would be on the order of 100 fm! But, there are photons of that wavelength (and energy). They typically arise from cosmic or man-made processes, and we give them the informal name of "gamma rays." Technically, a gamma ray is a photon emitted by a nucleus, but many classify any photon of energy about about 200 keV as a gamma ray.

These high-energy photons with $E > 8~ \mathrm{MeV}$ can certainly knock a proton out of a nucleus, but it must have a direct interaction with the nucleus, disturbing the nuclear potential.

Typically, the term "ionizing" is reserved for the addition or removal of electrons from an atom. One rarely speaks of nuclei as being ionized because the nucleus has a positive charge. If we change the number of protons, we actually change the element. You can't talk about removing a proton from nitrogen and getting ionized nitrogen; it's carbon.

Neutron and proton separation energies and probabilities are dependent on the particular N,Z nuclide, but whether the nuclide is stable or radioactive doesn't seem to enhance particle separation as a general rule.

Because the atomic electrons are so far away from the nucleus, they have little-to-no effect on particle separation energies.

In particular, the following reactions are important – not only for nuclear reactors:

Not the answer you're looking for? Browse other questions tagged ionization-energy or ask your own question.

7
What's the difference between Hard X-rays and Gamma-rays?