How is torque transmitted between inclined surfaces?

In the picture below, in a), a body K1 is pivotably attached to a bearing. My question is about the torque that results from a force exerted onto a surface of the body K1.

A first force F1 applied orthogonally onto the surface should result in a torque M1 in clockwise direction.

Is it correct that a second force, F2, applied almost parallel to the surface will result in a torque M2 in counterclockwise direction?

Applying these thought to the two bodies K1, K2 in b), a torque of M3 applied to the body K2 will result in a torque M4 in the body K1. (The bodies won't move because they are in each others movement path)

Is this correct or am I forgetting something? What is the job of friction in this case? From looking at b), K2 should push K1 away by applying a clockwise torque, but that is wrong then, right?

Suppose there is enough friction so that no slippage occurs. 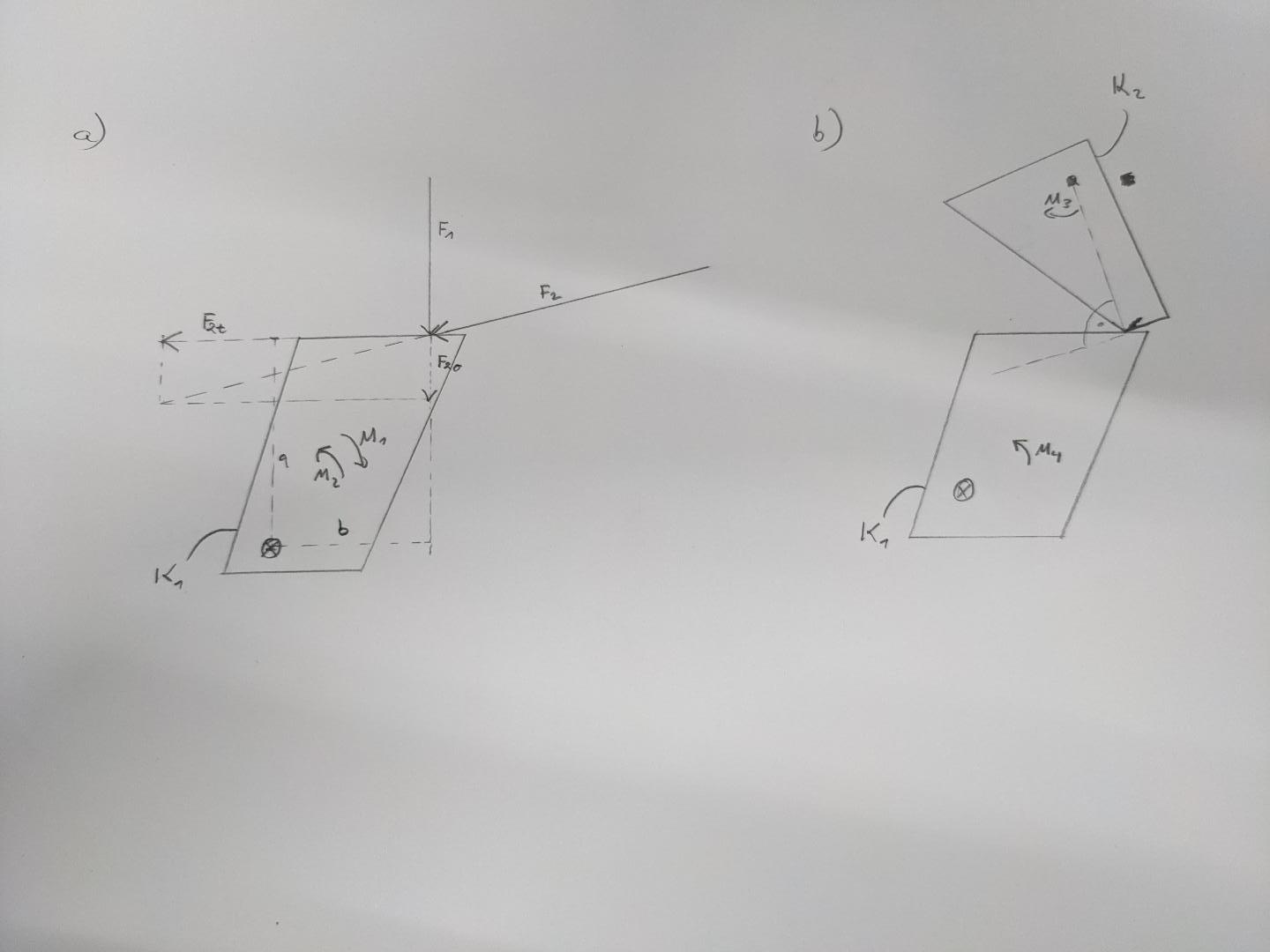 Don't wrap yourself around in pretzels. Even for planar cases, assume they are defined in 3D (with z-axis out of plane) and use the cross product to define torque

and projects into 2D as

The nature of force does not matter. Use the combined normal and frictional forces to find the net torque, or just an individual component to gauge the effect of on the body.

The same goes for moment of impulse in case you have contacts.

Not the answer you're looking for? Browse other questions tagged kinematics torque or ask your own question.

2
Torque Required For a Motor to Move an Object on Wheels?
1
Torque on a Box
1
Minimal angle that will cause a cube to tip on an inclined plane
0
Direction of Torque and Sign Convention
0
Torque on accelerating tire
1
Evaluating sum of torques for different choices of origin when solving equilibrium problem
1
Torque transmission between inclined surfaces
0
Friction due to relative rotation between surfaces
0
Torque exerted by internal forces