What are these strange rays in the sky?

While driving, I noticed the sky had weird rays that appeared converge at some point on the horizon. I took a few pictures in hopes I could figure out what they were. There was a storm coming from the other direction if that's relevant information. 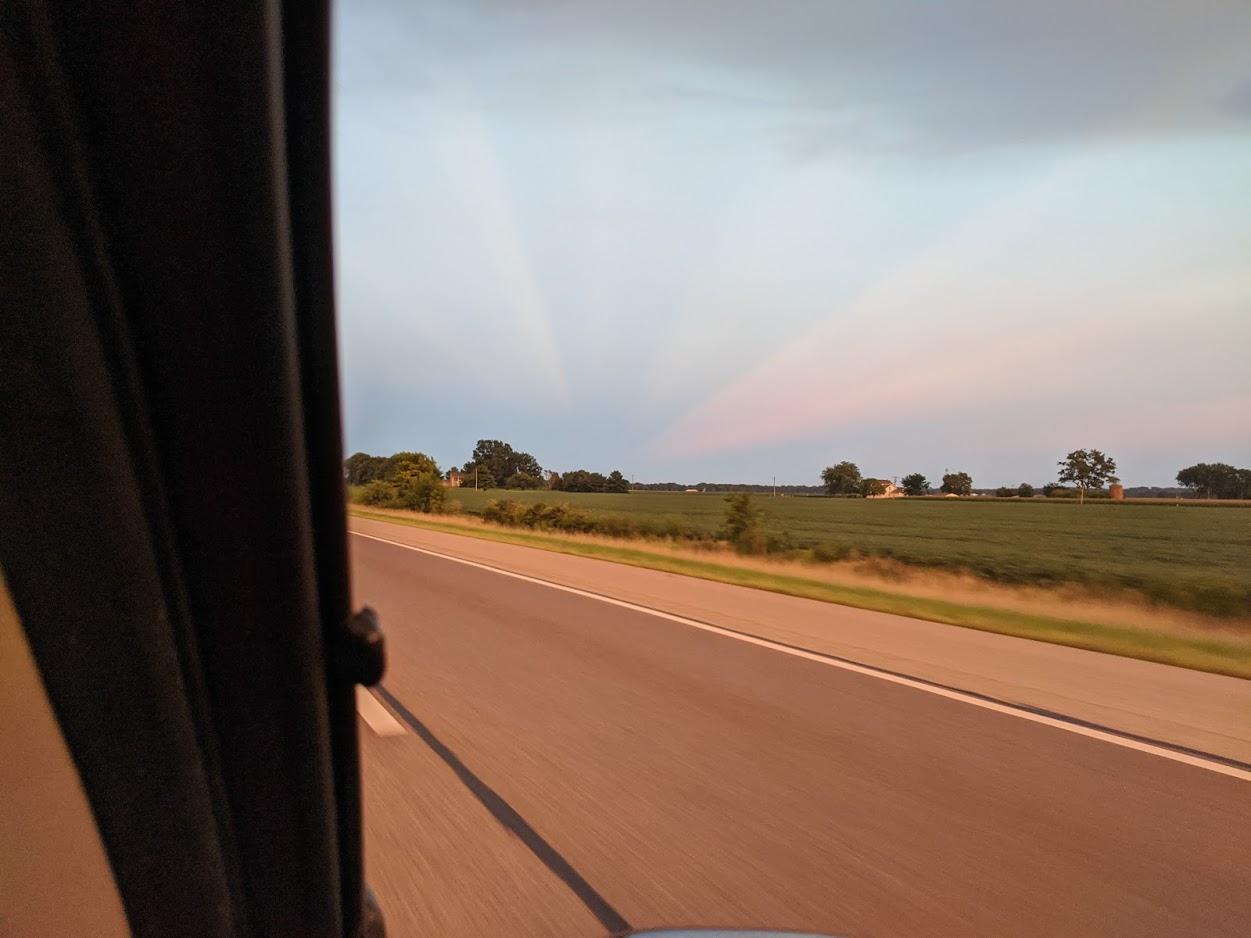 They don't show up quite as well on the pictures, but they were definitely visible in real-life so not an artifact from the camera or anything.

Those are definitely anticrepuscular rays. The Sun was in the antipodes of the point of convergence of those rays in the sky, when you took that image. Here you have a similar observation: 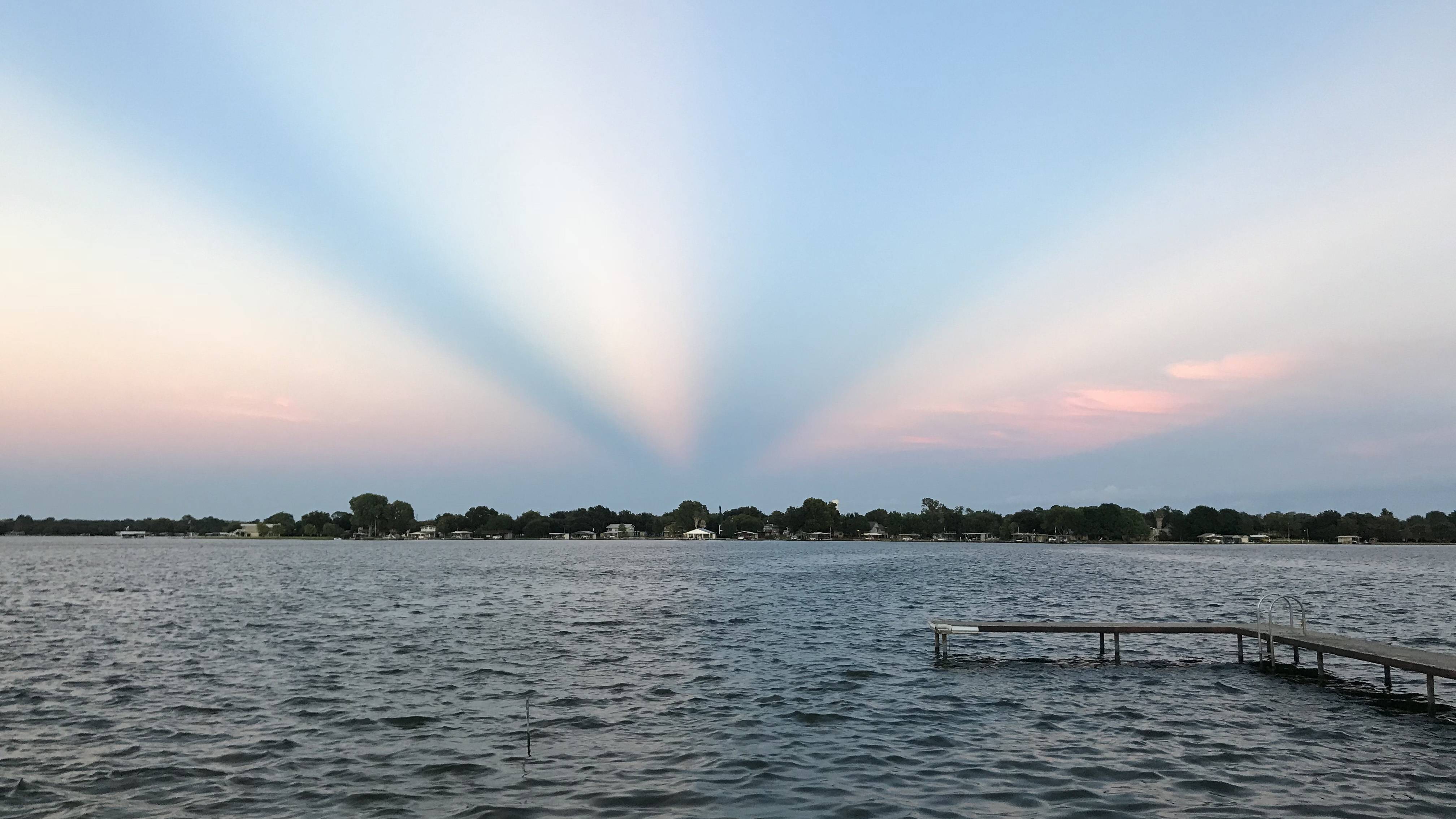 These are formed just like crepuscular rays; clouds in the direction of the Sun project parallel shadows that cross the entire sky over your head into the opposite direction where the Sun was setting. You see them converging instead of being parallel because of the spherical projection of your spherical field of view (you can reinterpret this as the shadows are closer when they go over your head and are farther from you at the horizon so that rays that are parallel seem to converge at some point at infinity).

Not the answer you're looking for? Browse other questions tagged optics visible-light atmospheric-science weather or ask your own question.

0
Does regular sky clouds stops the sun's ultraviolet rays?
9
How strong must a tornado be to pick up a shark?
3
What is the mechanism behind the halo around LED lights?
5
Explanation for possible interference on a home mirror?
1
How do we see reflections in water when looking nearly straight down at the surface?
3
Why do mountains disappear into the distance?