Why higher thermal expansion coefficient for ionic solids than non-ionic?

As heat is supplied to an object, its lattice vibrates more. Thus average equilibrium position between ,say two adjacent atoms, increases with increase in temperature. 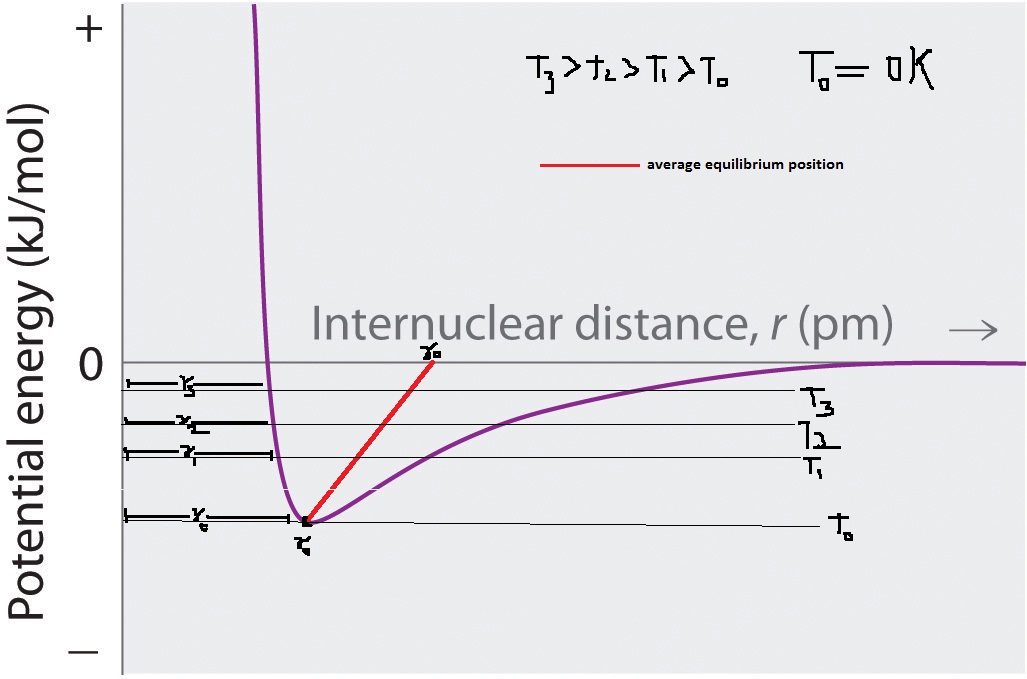 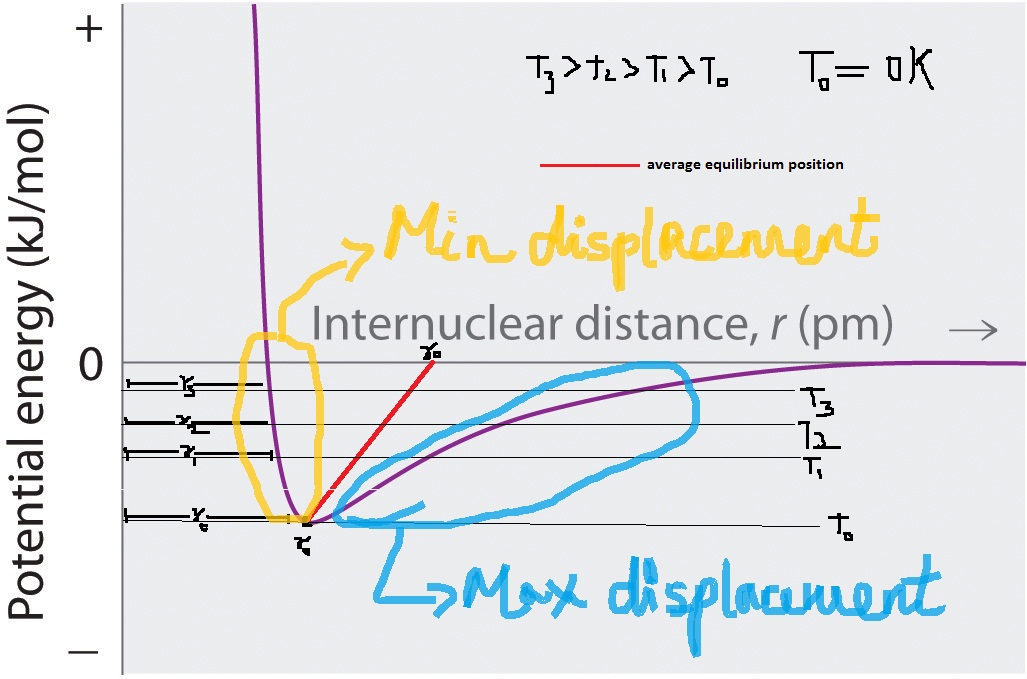 I was told that Ionic bonds are strong and compact ,so lattice vibrations must be less. which means less thermal expansion coefficient.

Then why some sources say ionic bonds have higher thermal expansion coefficient than others? What went wrong here?

Looking at Ziman's Principles of the Theory of Solids, section 2.10 he tells us that a first principles calculation of the coefficient of thermal expansion ($\alpha$) is difficult, so he gives a phenomenological one the end result of which is that α is proportional to the specific heat at constant volume, $C_v$.

Thus the coefficient of thermal expansion is approximately inversely proportional to the bond strength, which agrees with what you have been told. So that is correct.

According to this reference, the thermal expansion coefficients for NaCl and KCl are around $40 \times 10^{-6}$/$^o$C.

According to this reference, the thermal expansion coefficients of metals are lower perhaps by a factor of 2 - 4 (except for tungsten which is lower still). The values for glass and quartz cannot be included as representative of pure ionically bonded solids because they have covalent networks. From this, Cu has $\alpha$ approximately half of that for the binary ionic solids above.

The COMPACTNESS of a bond is only indicative of the internuclear distance. It has nothing to do with how the bond length changes with temperature.

The STRENGTH of a bond is typically a designation of the energy required to break the bond. The energy requirement is obtained as an integral of force over distance until the bond breaks.

Force $F$ is the first derivative of potential $F = dU/dr$ (we can debate the sign conventions separately). STIFFNESS is the force required per change in length $dF/dr$. The stiffness of a bond (bond force constant) is a designation of the second derivative of the potential energy curve about equilibrium in the picture that you show. The bond force constant can be related identically to the elastic modulus $E$ using a Hook's law assumption.

From this, we see that Cu is about three times stiffer than NaCl. We already stated that Cu has a thermal expansion coefficient about half that of NaCl. The trends that we predicted from the shape of the potential energy plot are born out at least in this one example.

For further support, note that the melting point of NaCl is 801 $^o$C while that for Cu is 1085 $^o$C. The bond energy and stiffness of copper are higher than those for NaCl.

While the example with Cu and NaCl (or KCl) is enlightening, be aware that cases exist where the strengths of supposedly ionic systems are higher than metals. The danger is that some such systems include covalent bonds, for example as in glass (SiO$_2$ containing) "ionic" solids. The stiffness, strength, and thermal expansion of such "network" covalent + ionically bonded systems are not as easy to correlate.

Not the answer you're looking for? Browse other questions tagged thermodynamics solid-state-physics physical-chemistry crystals or ask your own question.