Force by a changing magnetic field on a stationary charge

I already know that a moving charge experiences a force in a constant magnetic field governed by the Lorentz force formula.

What I want to know is that whether a changing magnetic field exhibits a force on a stationary electric charge?

The same question is answered in Does a changing magnetic field impart a force on a stationary charged particle?, but all the answers use the differential forms of the equations which I don't understand.

As an example, let's say that a uniform but increasing with time magnetic field exists into the screen and I place an electron in the region. What will be the the direction of the force and it's magnitude of the variation between magnetic field and time is given.

The magnetic field exists in a cylindrical region and the electron is located at a position which is above the center of the cross sectional circle. 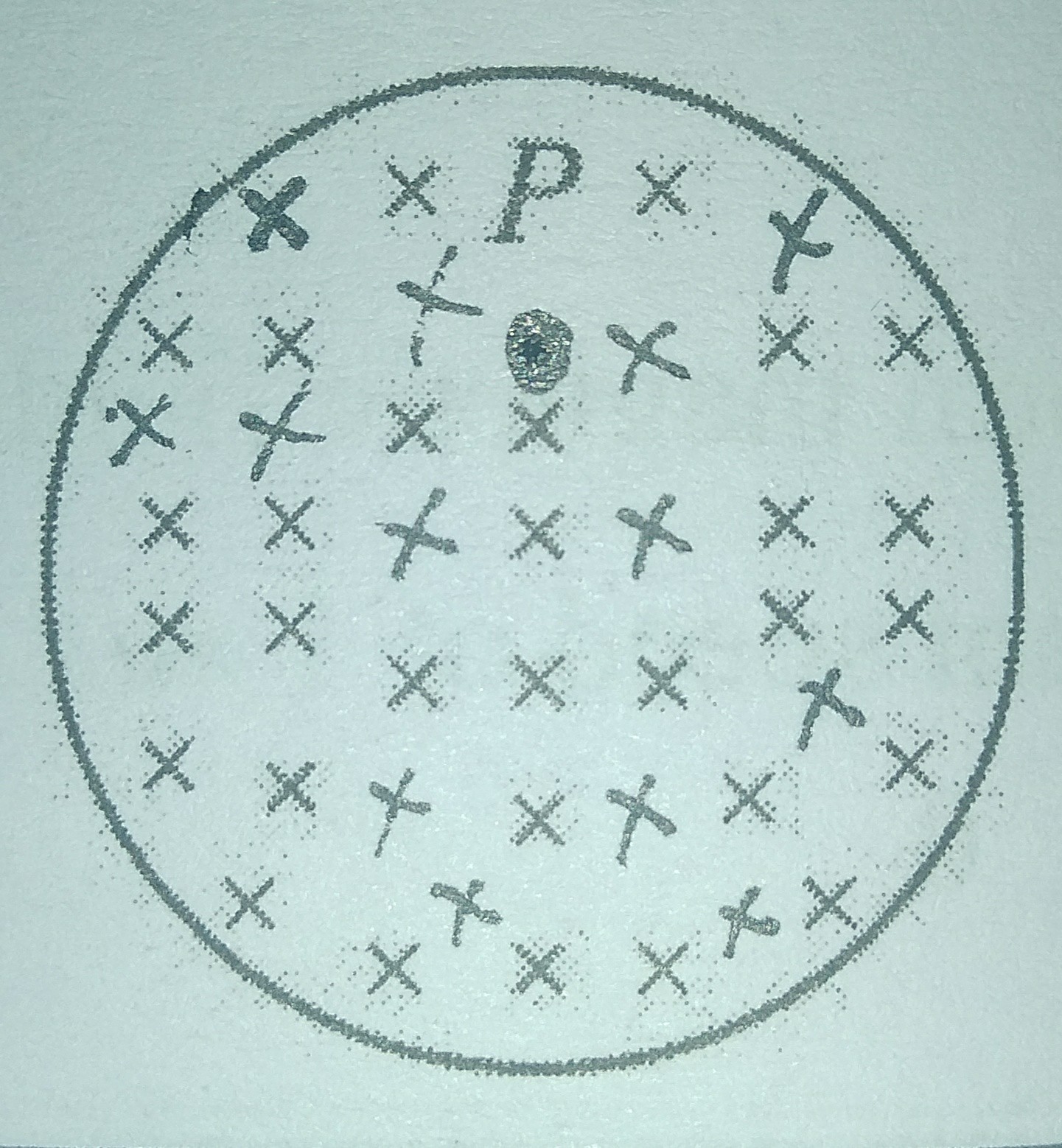 Your formulation of the situation,

Let's say that a uniform but increasing with time magnetic field exists into the screen and I place an electron in the region. What will be the the direction of the force and it's magnitude of the variation between magnetic field and time is given.

is not sufficient to fully determine the configuration. The presence of an increasing uniform magnetic field going into the screen is enough to tell you that there is a non-conservative electric field in the plane of the screen, but it is not enough to fully specify what that electric field will look like.

More specifically, the Maxwell equations tell you that this electric field will have a certain amount of circulation: that is, the line integral of the electric field around a closed loop $C$ will be given by some constant, $$ \oint_{\mathcal C} \mathbf E \cdot \mathrm d \mathbf r = \mathrm{const}(\mathcal C), $$ where the constant $$ \mathrm{const}(\mathcal C) = A(\mathcal C) \times \frac{\mathrm dB}{\mathrm dt} $$ is given by the area $A(\mathcal C)$ enclosed by $\mathcal C$ times the rate of increase of the magnetic field. In more intuitive language, this means that if you draw a loop and look at the components of $\mathbf E$ along the loop (i.e. the work per unit charge performed by the field over that loop), they will add to a nonzero number proportional to the area of the loop. This is, of course, a direct break with the behaviour in electrostatics, where the electric field is conservative.

However, the Maxwell equations only give you the circulation, but they don't give you enough boundary conditions to know how to split that sum up into components, so you don't have enough information about the field to find $\mathbf E(\mathbf r)$. It is possible to supplement your specification of the configuration with additional information (say, with behaviour at a boundary, or with a symmetry center about which the electric field needs to be rotationally symmetric) which will allow you to find $\mathbf E(\mathbf r)$ at all points, but the need for that additional information is basically symptomatic that you can't isolate the situation you've given from the global picture (say, a pair of Helmholtz coils located at positions $X$ and $Y$ with a ramping current starting at time $T$) that produced the specific aspects you've given.

One such example is your added information,

which implicitly requires the electric field to be cylindrically symmetric about the symmetry axis of the region. This can then be solved to show that the electric field is given by $$ \mathbf E(\mathbf r) = \frac{B_0}{2T}\mathbf r \times \hat{\mathbf z}= \frac{B_0}{2T} (y,-x,0) $$ assuming that the $z$ axis is the center of the cylinder and that the magnetic field $\mathbf B(\mathbf r,t) = \frac{t}{T} B_0 \, \hat{\mathbf z}$ increases linearly with time.

4
Does a changing magnetic field impart a force on a stationary charged particle?