I recently visited an aquarium in Malaysia and there was a sign saying that the exhibits in their main tank appear to be smaller by 30% especially when viewed through their tunnel (https://www.youtube.com/watch?v=kiESyGtsUus; not my video).

I was wondering why would the fish appear to be smaller by 30% since water magnifies an object by 30%. Has this got to do with the curvature of the window, or the material (acrylic, by the way; refraction through three mediums)?

Can someone explain this to me?

In the aquarium tunnel the fish appears smaller because the acrylic with the water behind it creates a diverging lens. You can see in the ray diagram below that fish inside the aquarium appears smaller(you outside will see a diminished or smaller virtual image). The sides of the tunnel taken approximately cylindrical( that is in the arc of a circle). 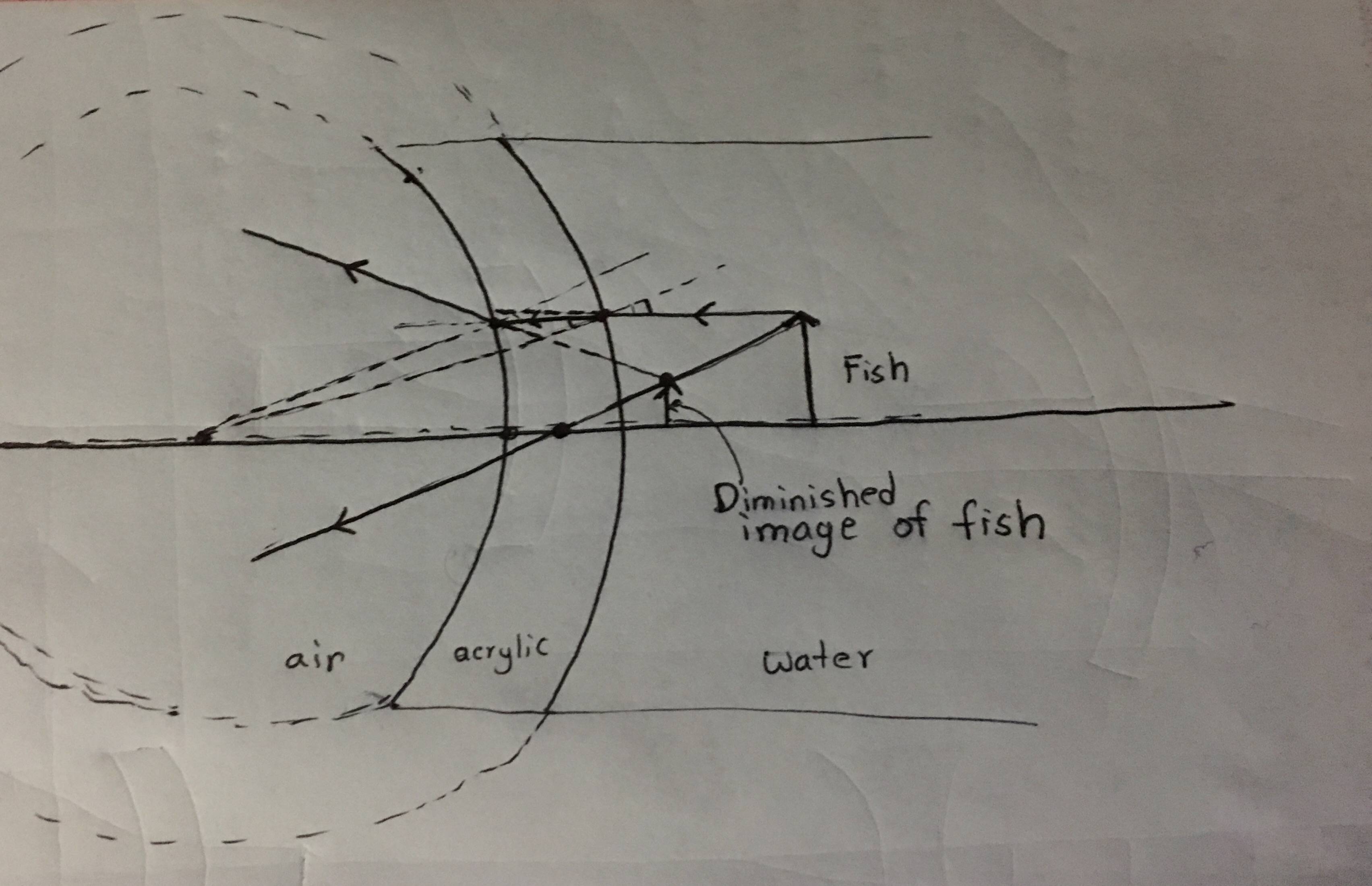 Note: You can think of this scenario like the opposite of a fish bowl where fish look larger inside the bowl but here it's like you are inside the fish bowl and hence the outside world(fish in aquarium) looks smaller by the law of reversibility of light.

Not the answer you're looking for? Browse other questions tagged everyday-life refraction lenses or ask your own question.

7
Earth curvature refraction for dummies
1
Why does a panel of glass appear translucent when viewed from the edge?
11
Why do objects appear smaller when farther away?
4
How to determine the radius of curvature of a convex lens?
2
the power of a lens and radius of curvature relation
1
Why do the clouds near the horizon appear two dimensional?
1
Why do the sides of my fish aquarium look like mirrors?
3
To a fish in a fish bowl, do the objects outside look smaller?