Does a magnifying glass always make image at least distance of distinct vision?

If the object is in the focal plane of the lens then the upright, virtual image is seen at infinity - parallel rays of light enter the eye.

Bringing the object closer to the lens also brings the virtual image closer and the angular magnification also increases.

With the unaided eye the3 greatest magnification is obtained when the virtual image is as close as it can be whilst the optical surfaces within the eye still produce a focussed image on the retina.
That distance is called the least distance of distinct vision and usually is taken to be 25 cm.

You might find using the Phet Geometrical Optics simulation informative?

Here are some screen shots: 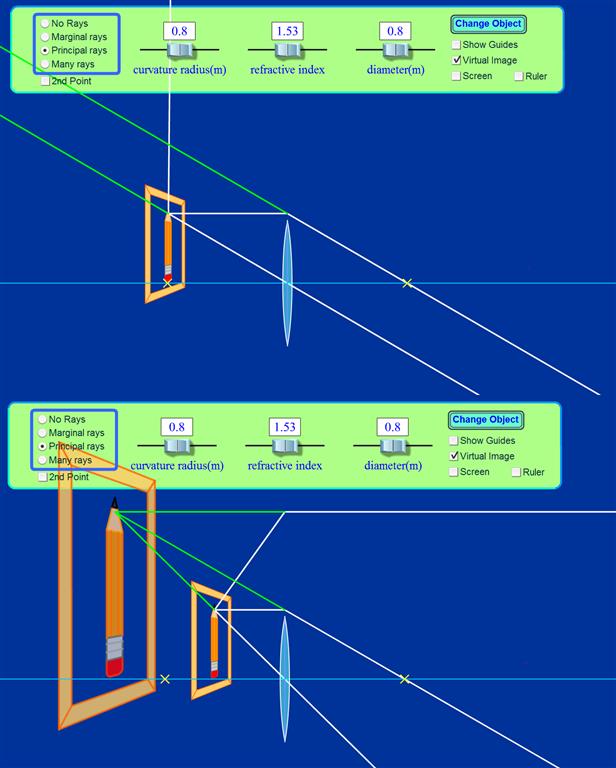 No, it isn't, look at the ray diagram. 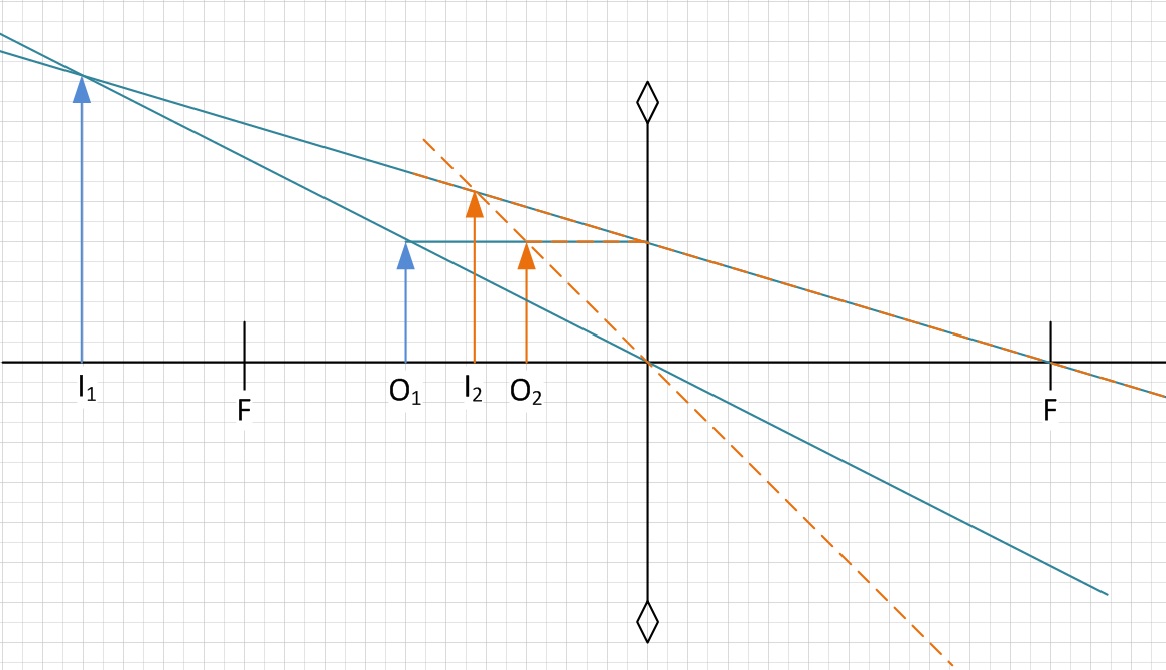 when the object is closer to the lens, the image is too..

If the image is too close the angle between the light rays is too great for a human eye to use to produce a retinal image. A near point of 25cm is assumed.

No, the distance from the virtual image and the magnification changes as the image is moved within the focal length. Try it yourself with my Convex Lens Simulation in html5.

0
Seeing the image as explained by Geometrical optics?
0
Why Least Distance of Distinct Vision is treated as image distance in the lens equation.
1
Does the position of the final image in a multiple lens system found by the thin lens formula always agree with the ray diagrams?
1
How does a diverging lens in a Galilean telescope form an image at infinity when its object is at its focal plane?
6
Is real image formed by a single optical element always inverted and virtual image always erect?
0
Why is a simple magnifying glass placed very close to the eye?
1
Why is the size of image increasing as observer moves away from lens?