It was asked in the comments what is meant by a "single optical device". By this term, I meant that the device is made of a single piece of material of same refractive index throughout. So a combination of lenses or mirrors which may produce real and erect images do not count.

This image is one frame from a video on the Stemmer Imaging website, though there are several companies who provide gradient index rod lenses. This sort of device is sometimes called a "Contact Imaging Sensor", and would be one element of a "line scan bar".

Edit #1 Some other approaches might meet the uniform refractive index, single-element condition:

I'm pretty sure two optical surfaces are required, when the refractive index is positive, because we can show that an single optical surface (reflective or positive-refractive) can only form an inverted real image. HOWEVER, negative index materials, in principle, can do it with only a flat, parallel-faced slab. See "Negative refraction makes a perfect lens" by Pendry. 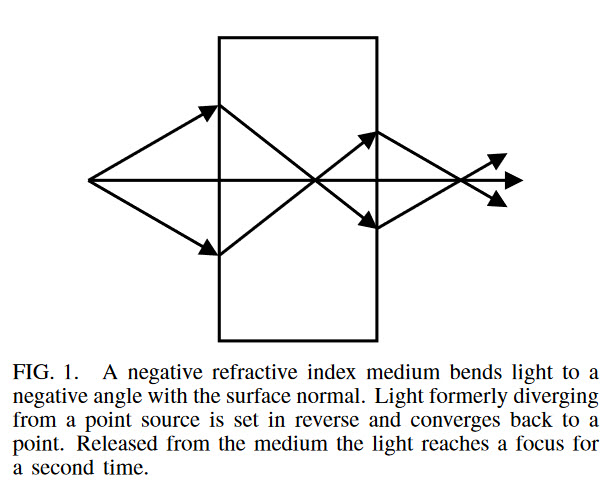 I can only think of multiple optical devices combined in a single entity in a way to not violate your restrictions of being single device. Ether double lenses merged into one, or prism/mirror merged with a lens, or first surface curved mirrors with multiple reflections, while all this still being made from 1 piece of glass.

Correct me if I am wrong, by "single optical device" you meant the device should either converge or diverge or do nothing to the parallel rays. If we want to create a real image of a point light source, all the divergent light rays from the source must converge again to a point after passing through the stated device. In order to get an erect image, rays diverging from the point source, if present above central line, must also converge the above the central line. Consider a ray coming from the source and passing through the center. This ray must follow a V-Shaped path to get an image above the center line, which is impossible (because it won't be convergent anymore). I tried to depict my argument by a figure, it's not a very good drawing though.

Not the answer you're looking for? Browse other questions tagged optics reflection geometric-optics lenses or ask your own question.

43
Virtual vs Real image
9
If I reflect light from a projector using a mirror, then is the reflected image real or virtual?
0
Can a real image plane and a virtual object plane be same?
1
Identifying real and virtual images (convex lens experiment)
1
How to think about virtual images?
0
Real image of virtual object
2
We know that a concave mirror always form either real and inverted images or virtual and erect but i can't understand what is happening here
0
Why can I see inverted image of object needle on top of image needle using convex lens on optical bench?