Can apparent horizons be nested?

I know that absolute event horizons are complicated and depend on the details of the metric because of their teleological nature. But I assume that an isolated gravitational singularity of mass $M$ with no nearby matter is fairly generically surrounded by trapped null surfaces out to an apparent horizon of radius approximately $2GM$ (as seen by a faraway observer), since it should locally "look like" a regular Schwarzchild black hole.

But this would seem to imply that apparent horizons can be nested. For example, consider two gravitational singularities with masses $M$ and $m$ separated by a distance (as viewed from a faraway observer) in between $2Gm$ and $2GM$: 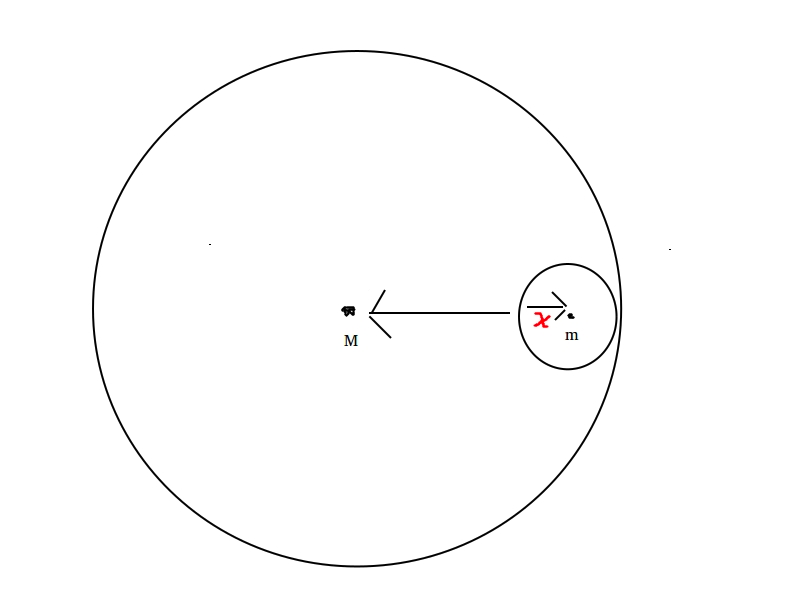 One possible resolution I could imagine is that the light way moves to the left as seen from a faraway observer, but $m$ moves toward $M$ even more quickly and gains ground on the light ray, so that the ray moves to the right relative to $m$. (In this case the observer would observe $m$ appearing to move faster than light, but I think that's okay because he's very far away, so local Lorentz invariance isn't violated.) But what if the singularities begin at relative rest (as viewed from a faraway observer)?

As you fall into a black hole the event horizon is a black region that expands into a nearly planar surface. Suppose you keep falling and you pass $r~=~2m$ for the Schwarzschild metric, or $r_+~=~m~+~\sqrt{m^2~-~Q^2}$, for $Q$ a charge or angular momentum for the Reissner-Nordstrom or Kerr-metric respectively. You cross the event horizon, and what you witness is nothing in particular. The black surface persists, but it is now no longer an event horizon. It is an apparent horizon. These simulations of entering a black hole are interesting to watch.

An interesting question is how does an infalling observer know when they have crossed the event horizon? To do this by timing requires a clock with Planck unit precision. Such a clock would be massive, massive enough to change the mass of the black hole and thus changing the measurement. Then there is the whole issue of BPS hair or firewalls. Is there any physical signature that can tell an observer their event horizon has turned into an apparent horizons?