Relationship between angular magnification and how much bigger the image appears

How is the angular magnification of a magnifying glass related with how much bigger the image appears to the user? Is it simply the same? If yes, why? (Let's assume that the object is placed in the focal plane for simplicity)

I was just playing around a bit with a magnifying glass with a focal length of $12\,$cm (so the angular magnification is about $2$). When I measured the size of the image on the surface of the lens, it was about $2.5$ times the size of the original object.

It is not clear to me what you meant by " I measured the size of the image on the surface of the lens".

You calculated value of approximately 2 was done on the assumption that the object was in the focal plane of the convex lens of focal length $f = 12$ cm.
If the height of the size is $h$ the best the naked eye can do is to view the object at the least distance of distinct vision $D$ which is generally taken to be $25$ cm. The angular magnification is $\frac {25}{12} \approx 2$.

The highest magnification is obtained when the final virtual image is at the least distance of distinct vision which would require the object to be approximately $8$ cm from the lens. This would give an angular magnification of $\frac {25}{8} \approx 3$.

To measure the magnification you need to set your lens $12$ cm from a grid and observe the image of the grid through the lens which is formed at infinity .
At the same time you need to observe another grid which is 25 cm from the (other?) eye.
This is very difficult to do.

Much easier is setting up the lens so that the final image is at the near point and I have done a simple experiment which produced a surprisingly good result. 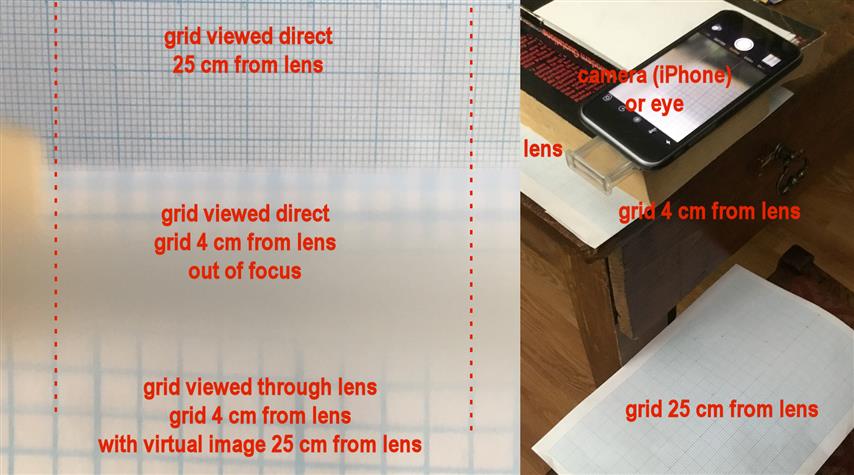 So perhaps it is worth having another go at measuring the magnification of your $12$ cm lens noting that it is not only the focal length but the optical configuration which determines the magnification? 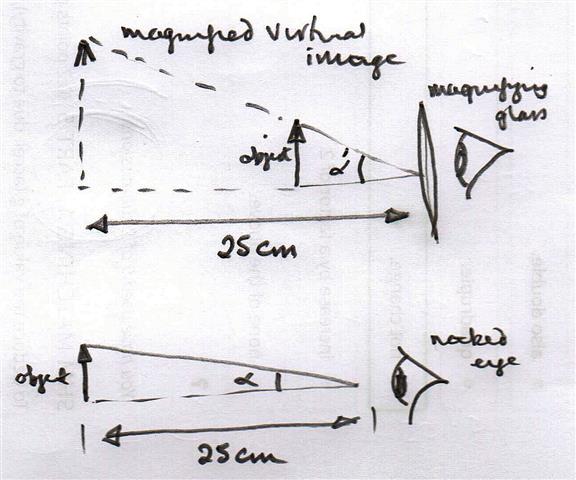 The magnification $M$ of a magnifying glass is defined as