Stellar outflows in the Milky Way

There appears to be a lot of evidence that gas flows outward in Galaxies. I've been trying to parse through the available data and am unable to get a clear answer to this question: is there any evidence for an average flow of stellar material in our galaxy? That is, do we know if stars are falling in, falling out, in a perfectly stable orbit (or do we just not have enough data yet)?

Due to their large inertial masses, the stars stay, but it seems there is actually evidence for gaseous outflows from the Milky Way.

Here and here are some popular versions of the latter.

At higher redshift, galactic outflows of gas are quite normal. But stars rarely leave their host galaxies except in cases where two galaxies collide, which can cause parts of the galaxies to be slung out. Usually, though, they will fall back onto the galaxies.

The gas being expelled can also fall back again, in which case we call it "galactic fountains". It may also leave the galaxy, enriching the intergalactic medium with metals.

There has been lots of work done that studies the dynamics of stars with respect to Galactic disk and Galactic centre. Possibly the most celebrated is the work of Kuijken & Gilmore (1989) who studies large samples of K-stars towards the south Galactic pole. The aim of their experiment was to use the distribution of $z$ below the Galactic plane and $v(z)$, the velocity distribution, to constrain the mass contained in the Galactic disk. A side-benefit was of course that on the way they needed to look at the dependence of $v(z)$ on $z$, which I reproduce below.

This plot shows that there is no trend in the velocity towards or away from the plane with height. i.e. For this group of stars, and out to about 2000pc, there is no net expansion or contraction of the general stellar population with respect to the Galactic plane. 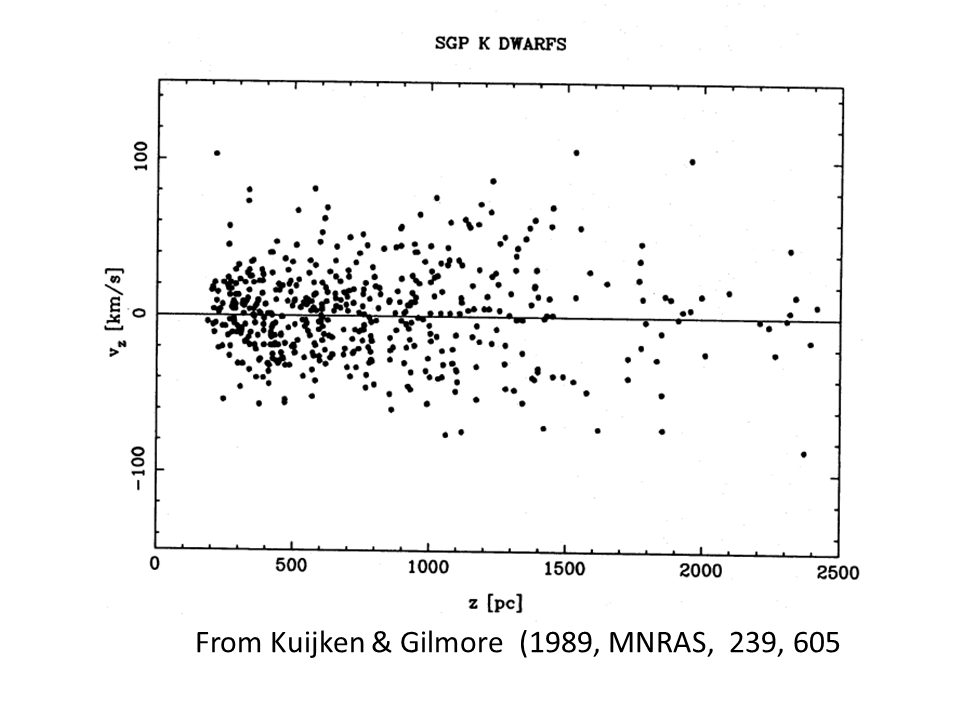 In the radial direction there are also extensive radial velocity surveys. For example the SDSS survey looked at stars all over Galactic space. I managed to find a paper that showed the radial velocity distribution towards the Galactic anti-center from Ivezic et a. (2006). These stars were observed out to distances of a few kpc from the Sun. The blue and red curves are for stars of low and high metallicity. The means of the distributions are close to zero - i.e. no net motion, but the low-metallicity (old) stars show a higher dispersion. 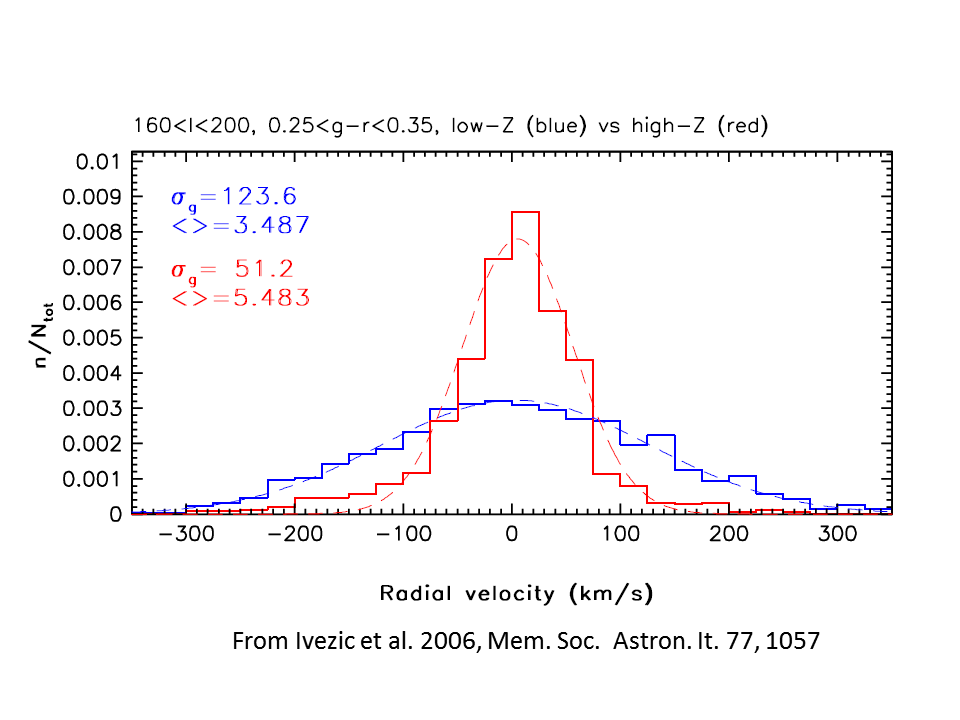 Most recently the LAMOST survey has been looking in the Galactic anti-center direction. The results can be found here. Between distances of 8 and 11.5 kpc from the Galactic center the mean velocities of A, F and G dwarfs show no systematic mean outflow with respect to the Sun, although they do show structure at the level of $\pm 30$ km/s associated with spiral arms.

Any notion that there is a net general drift inwards or outwards has more problems to solve than whether there is any kinematic evidence for it (there isn't, but only at the $\sim 10$ km/s level). A drift of only a few km/s (= a few kpc per billion years) outwards, which is in any case tiny compared to the orbital speed, could take a star from the bulge well out into the halo in a fraction of its, and the Galaxy's, lifetime. Thus, when we look radially outwards in the disk we should see predominantly old stars and any star interior to the solar orbit would have to be very young ($<2-3$ billion years old).

The only significant age trend is that the bulge stars are much older than an average disk star; there is little evidence for any trend in age within the disk itself. Star formation occurs at all radii in the disk. So one would have to further hypothesise that the drift began very recently. Why? What force could do that? Not the gas pressure (which is what drives any radial gas expansion): a typical ISM gas pressure is $10^{-13}$ Nm$^{-2}$ and exerts a force of only 1.5 kN on a entire main sequence star.