How does temperature affect a semiconductor band gap?

From this link, I've read that

An increased interatomic spacing decreases the potential seen by the electrons in the material, which in turn reduces the size of the energy bandgap.

Can this statement be explained more clearly?

Let us take it one step at a time, when the temperature increases the vibration energy of atoms increases causing the distance between them to increase. I hope that is clear.

Now we know from solid state physics that electrons exist in bands rather than discrete levels for single atoms. The electrons in the valance band are the outermost electrons, which are responsible for chemical bonding and conduction of heat/current. All the characteristics of electronic bands can be obtained by solving Schrödinger equation for the electrons in that band. That requires extensive mathematical treatment. 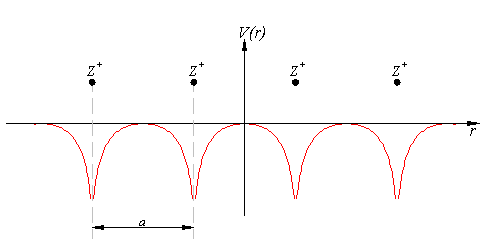 The potential is one of many factors determining the band characteristics. It is not easy to see the direct correlation between the potential and the band gap size. The best way to understand the impact of reducing potential on band gap can is by solving Schrodinger equation. It is difficult to solve it but luckily people have solved it for us. The effect of increasing the interatomic spacing is shown in the next figure. 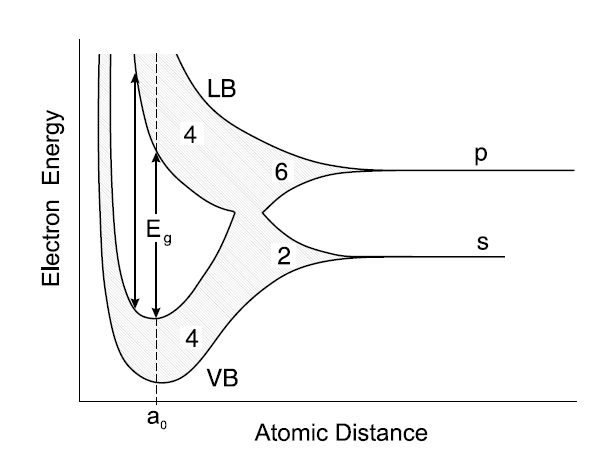 As you can see when the interatomic distance increases we move toward the right in the above figure. The width of the band gap decreases when going to the right until it vanishes. If the intermolecular distance becomes very large, that corresponds to dissolving solid into separate atoms where atomic levels are restored.

To put everything in one picture, have a look at this report. It might not be easy for you to understand the mathematical expressions if that is not your field of knowledge, but it will show you what forces are taken into account, what assumptions are made, and how band structure changes as function of interatomic forces. It will also show you how tricky it is to solve Schrodinger equations for electronic bands.

I hope that was useful