In the figure below it is stated that the friction force should always be greater than the tangential force in order to prevent slipping between two frictional wheels. My question is that if we apply newton's second law to that contact point won't the tangential force resultant points upwards with the direction of the friction? And thus the wheels have an opposite rotating direction? 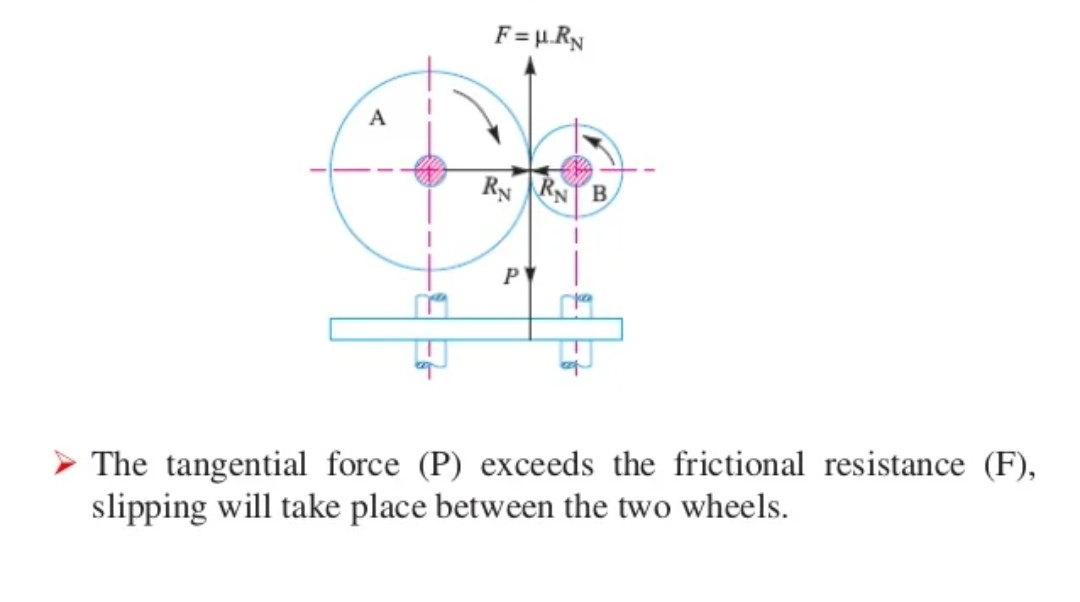 You need to be careful in your analysis. When the wheels spin without slipping they naturally spin in opposite directions. The left one clockwise and the right one counterclockwise, as drawn. So the concern is them spinning in the same direction, not opposite directions.

Finally, if they already have matching tangential velocities and if there are no external torques then there will be no friction (in the ideal case). They will spin together freely with no friction or frictional torque.

0
Friction & relative motion
2
What is the exact role of friction in rolling without slipping?
2
The role of friction in rolling without slipping
2
Why are wheels made to carry more mass on the circumference?
0
Question about rolling and slipping of a cylinder for example down an inclined plane
9
Why do wheels roll if the force of friction does not depend on surface area?
0
Determining the minimum amount of torque to make wheels start rolling