Can a single molecule have a temperature?

A show on the weather channel said that as a water molecule ascends in the atmosphere it cools. Does it make sense to talk about the temperature of a single molecule?

thermodynamics statistical-mechanics temperature molecules
share|cite|improve this question
edited May 24 '13 at 6:27

I think it is a mistake, as often happens in popularizations of science.

A water or any molecule may lose kinetic energy and acquire potential energy, but it is the kinetic energy distribution that gives the temperature of an ensemble of molecules. The shape of the distribution shows that there will always be individual molecules at very high energy, in the ensemble, which they acquire from the random individual collisions. 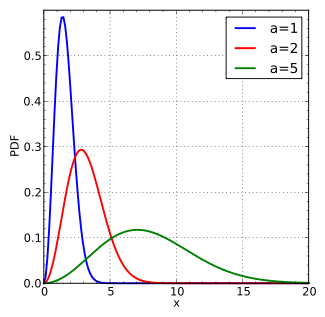 Without intending any disrespect, I'm quite surprised that several very knowledgeable people have given a wrong, or at least incomplete, answer to this old question.

For a single molecule that is in complete isolation, it is indeed generally not true (or at least not useful) to assign it a temperature, as others have said. Such a system would be more naturally described in the so-called microcanonical ensemble of thermodynamics, and since it can have a well-defined and conserved energy, the usual role of temperature in determining the probability of occupation of different energy states via a Boltzmann distribution is not relevant. Put simply, temperature is only relevant when there is uncertainty about how much energy a system has, which need not be true when it is isolated*.

However, things are different when you have a molecule in an open system, which can freely exchange energy with its surroundings, as is certainly the case for the specific example the OP has described. In this case, as long as the molecule is in equilibrium or quasi-equilibrium with its surroundings, it does indeed have a well-defined temperature. If there are no other relevant conserved quantities, the quantum state of the molecule is described by a diagonal density matrix in the single-particle energy basis that follows the Boltzmann distribution, $\rho=Z^{-1} e^{-\beta H}$ . Practically speaking, this means that if you know that the molecule is at equilibrium with a given temperature, each time you measure it you can know, probabilistically, what the likelihood is that you will see it with a given energy.

*For completeness I will mention that some people have nevertheless tried to extend the idea of temperature to isolated systems, as the wiki mentions, but this temperature doesn't generally behave in the way you expect from open systems, and it isn't a very useful concept.

However I don't think this could usefully be applied to a water molecule. The vibrational excitations of water are of greater than thermal energy at ambient temperatures, and in any case there are only two normal modes. I suppose you could look at the rotation of the molecule, but this would give you only a rough guide to temperature.

This comes up in nuclear physics, where we routinely deal with nuclei consisting of 50 or 100 or 200 particles. Yes, we do talk about the temperature of an individual nucleus, and it does make sense.

However, a single water molecule is only 3 atoms, and in a system that size, it's nonsense to talk about temperature. In giant molecules, I can easily imagine that you could have enough atoms to talk about the temperature of an individual molecule.

I will explain in simple....

We can measure temperature changes when a Source release energy or extract energy.

We know that every thing want to attain equilibrium. Therefore there should be an equality in temperature in all the atoms or molecules of a system.

But a thermometer is an external source of energy from surrounding. So it provides or extract energy from source.

Consider a atom placed in space and is away from every radiation from space and any atoms or any other gravity or electromagnetic forces.

Then the temperature will be $zero(Kelvin)$ theoretically and you cannot measure it experimentally !!

As stated in the other answers, in the specific scenario depicted in your question, it makes no sense to talk about the temperature of a molecule. But I can't help to widen the picture because there is a very interesting case here: what about the internal degrees of freedom of the molecule? So far everybody has only considered the motion of the whole molecule, because that was the context you implicitly gave, fair enough.

But what about the vibration of the molecular bonds? The rotations of two neighbour parts of the molecule about a bond? This is not as trivial! For small molecules, the number of associated degrees of freedom are too few to warrant talking about temperature. But it is not so for a large protein. There are so many of them that a statistical approach is possible: one can define an entropy, in the usual $\sum p\log p$ way, where $p$ is the probability for a given configuration. Then, as usual, if we have an entropy we can minimise it with the constraint of a given total energy, and a temperature comes out of that.

After writing this, I realised that @Rococo and @JohnRennie had written an answer on a similar line long before mine!

I humbly disagree with the majority of the other answers here. It can be very useful and make lots of sense to talk about the temperature of a single particle. You just need to realize that it's not quite the same (although it's pretty darn close) as the temperature defined by physicists in typical statistical mechanics and thermal physics studies.

Professional atomic physicists regularly refer to the "temperature" of single atoms, ions and molecules. See, for example, the discussion in this article. It's clearly not a temperature in the exactly same sense as a gas of particles has a temperature, but it's a very useful concept none-the-less. Temperature is basically being used as a proxy for the mean kinetic energy and distribution of energies that a single particle has over repeated realizations of a given experiment. In many cases the distribution is very well-approximated by a thermal Maxwell-Boltzmann distribution, and so assigning the particle a temperature associated with that distribution makes a lot of sense.

Not the answer you're looking for? Browse other questions tagged thermodynamics statistical-mechanics temperature molecules or ask your own question.