Acceleration vector at an extremum

The path traced by the skier is given below. 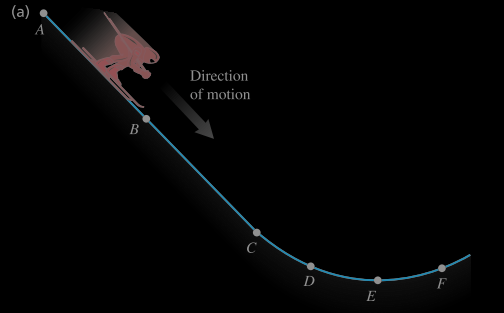 "At point E, the skier’s speed is instantaneously not changing; her speed is maximum at this point, so its derivative is zero. There is therefore no parallel component of $\vec{a}$ , and the acceleration is perpendicular to her motion." (*)

But intuitively, this doesn't make sense to me. Take a look at the instantaneous vectors that I drew in order to verify the direction of the acceleration vector.

At point E, the |velocity| is the maximum and given that the skier's speed decreases after point E, I drew vectors representing the direction of instantaneous velocity at the point E and the point E+dx. Here is a picture below.

It maybe observed that the acceleration is not completely in the normal direction.

Now we can say that, "It is a point of hill, so we can assume the tangent nearby to be the first order approximation and then take $\lim_{\Delta t \to 0} \frac{\Delta{\vec{v}}}{\Delta t}$ and say we found the acceleration vector. But the problem with that thing is, as we assumed a tangent line to be the approximation around that extremum E, the $\vec{v}_{E+dx}-\vec{v}_{E}$ would be a vector which is in the backward direction. For reference, 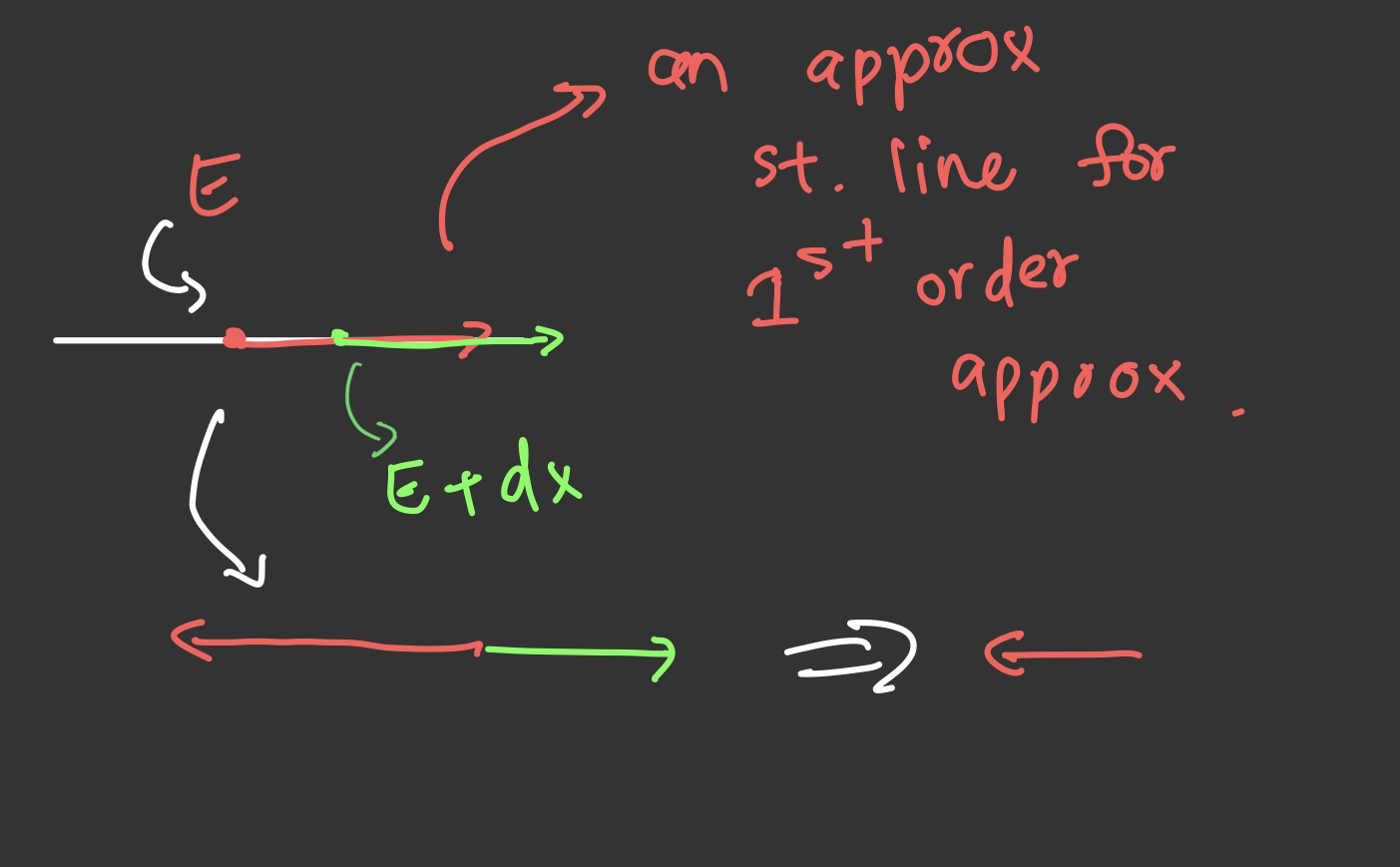 , which indicate that the acceleration is in the "backward direction".

These ideas contradict to what the answer is given by the author. How do I rationalize these and come to a fine conclusion?

so the skier’s acceleration is perpendicular to their velocity (as long as their speed is not zero).

Note that we do not need to assume conservation of KE + PE, which may not be true in any case if there is friction.

Note that at bottom most point, the skier has two forces acting on him. These forces are, the normal force and the force of gravity. By the application of second law,

Due to the left side having only a $\hat{j}$ component , the right must too. Remark: At extrema points for a curve in a plane, the normal is parallel to $\hat{i}$ or $\hat{j}$.

A way to think about it: Turn the diagram 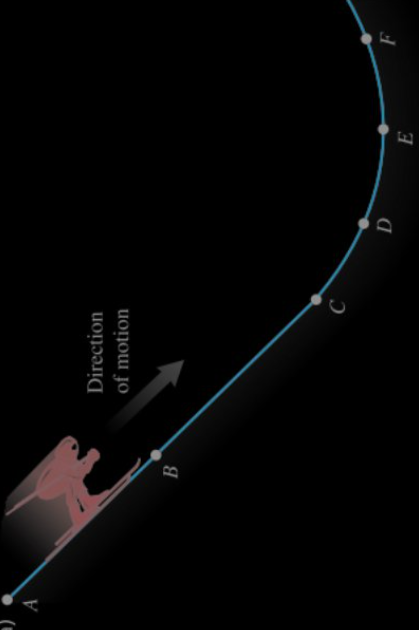 Now, imagine instead of a skier, we had a point particle travelling across the curve, suppose there was acceleration parallel to tangent at the extremum, this means he would shoot off curve.

Now you may counter and ask, why this doesn't apply to other points of the curve? An intuitive way to imagine this would be to think you are in a race car and you need to take a 'tight turn'.

The justification for the intuition is the curvature changing sign at the peak of the curve. Ref

I think the statement can be proven via mechanical energy conservation. Consider,

Upon taking derivative of both sides accounting that $E$ Is constant,

Now, the points of maxima/minima on the curve are points where the height is maximized or minimized. Hence, at these points, a condition would be that $\frac{dh}{dt}=0$, this leads to the fact that:

At points satisfying the condition. Now, note that the above equation suggests that one of the vectors is zero or they are perpendicular to each other. Disregarding the first case, because the skier must have a continuous derivative and velocity (we are in the real world, remember), it may be concluded that the second conclusion is the correct one. QED.

Remark: I've assumed there is no non conservative forces

On your second picture the vector diagram should look like this

The white arrow is now red.

As you can see the change in velocity, hence the acceleration, is vertical.

The speeds are the same at E and a very short time $\delta t$ after the skier passes E, as the speed is a maximum there and so doesn't change much (see diagram below). For a small $\delta t$ the change in angle is also small. 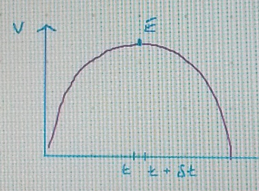 I reread John Hunter's answer, and I think I can add something which may solve your doubt completely. The bottom line is your diagram is inaccurate.

Here is the explanation why:

Take magnitude on both sides, we see that that:

By pythagoras theorem (recall both vectors are perpendicular, it is clear that in the limit $\Delta t \to 0 $ that the magnitude is pretty much constant. Point being, the acceleration vector only rotates the velocity vector for the valley point, it doesn't stretch it.

Is still some finite quantity pointing in a direction normal.