Interferometry relies on the change in the phase of two orthogonal light beams reflected back to the source point. Assume there is an interferometer at the equator, one mirror is planted 1 mile due north and another mirror is planted 1 mile due east. Every 6 hours the axis of the east mirror-interferometer experiences a tidal effect and its length should increase. Michaelson and Morley would not have detected this because their mirrors were planted on the same piece of granite which could not expand and contract. But the mirrors in the LIGO interferometer should detect this. Do they?

In the LIGO interferometers, there are various sources of noise. As the saying goes, "one person's source of noise is another person's signal!" So there are geophysicists who study seismic and atmospheric waves and there's whole fields of study on these things that are very interesting and rich. Gravitational wave detectors treat those signals as a type of noise, since they're interested in pulling out a gravitational wave signal that originates extra-terrestrially.

That said, there are numerous sources of noise among the vibrations that LIGO detects. Indeed, the only reason LIGO has detected gravitational waves is due to the immense engineering/analysis efforts accomplished over the last 50 years. Here is a complete guide to LIGO noise cancellation and signal extraction.

Now to answer your question: the LIGO interferometers are certainly sensitive to seismic waves of all sorts, the image below of theoretical noise curves in the LIGO detector shows lots of sources of noise and you can clearly see the seismic wall (brown curve) at $\sim 10$ Hz (and the advantage of space-based observatories is that they do not have this wall of noise!). LIGO is also sensitive to changes in the tidal field of the Earth due to the propagation of the seismic waves themselves, this is called "Newtonian Noise" or "gravity gradients," which is the green curve in the figure. All these sources of noise are accounted for in data analysis, and future engineering goal is to have real-time feedback systems so the seismic and Newtonian noises can be cancelled out of the data in real-time. 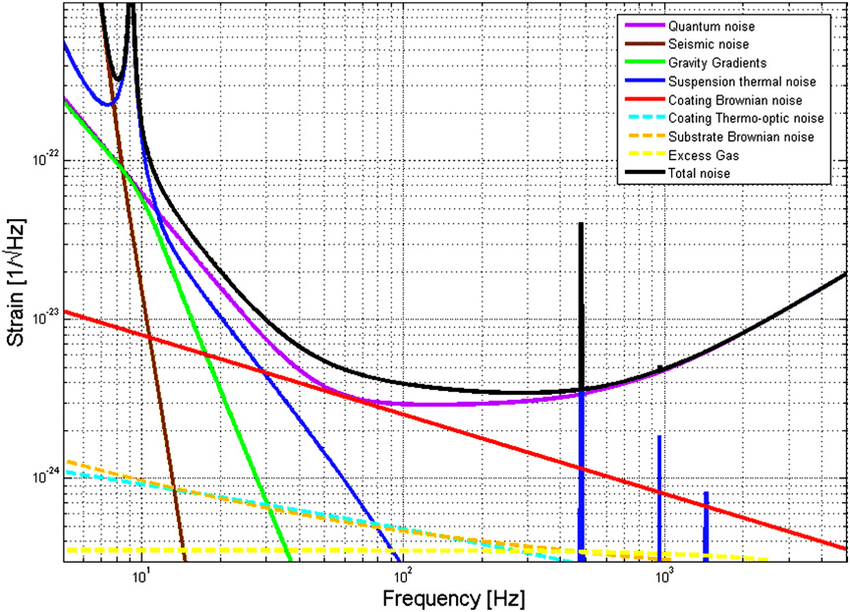 A experimental noise spectrum for the LIGO detector looks more like this: 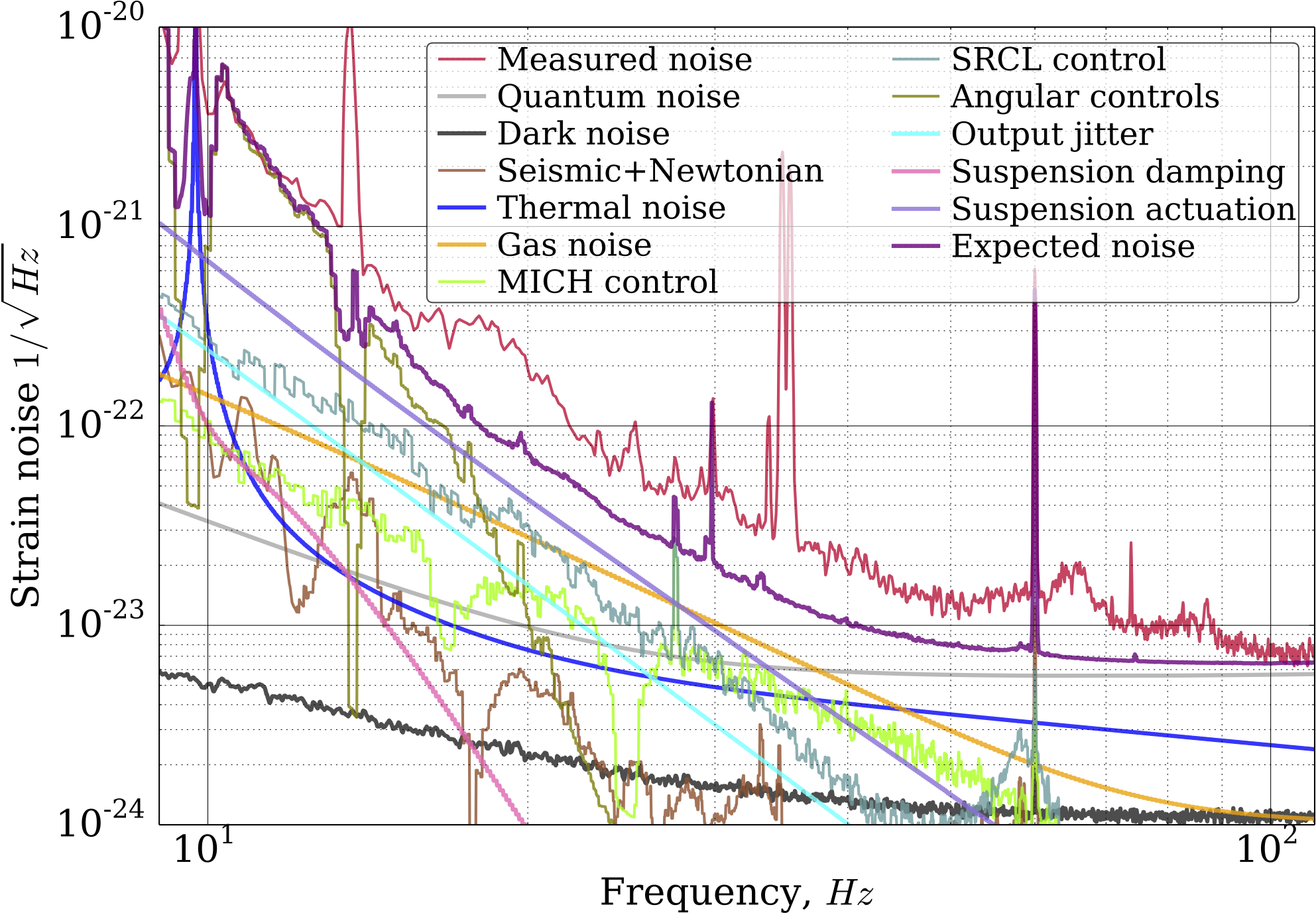 Not the answer you're looking for? Browse other questions tagged tidal-effect interferometry ligo gravitational-wave-detectors or ask your own question.

3
Does the Earth emit gravitational waves?