How to calculate conservation of Angular momentum with several rotations/axis in a system?

Imagine a turn-table in space, therefore there are no external forces on the system.

Ang Momentum has to be conserved, but what axis would you use? And how would you calculate it? Would the overall system rotate about an axis that is a blend of both rotations?

I dont specifically need a math answer. Just conceptually trying to understand how you would even work a problem like this out, and how would the overall system would look and/or rotate in space given rotation about 2 different axis.

I get ang. momentum in our physics books, but it always about 1 axis, and very simplified systems. Examples are like a bullet and door, or two rotating disks falling ontop of a common axis. I know that ang. momentum doesn't apply where external forces exist, so many times it doesn't apply. But this has my brain wondering. Thank you

Here is a picture. Image a disk, with two motors, spinning objects. How is Ang. Momentum conserved? Is it still conserved about each motor axis as well as the full system? 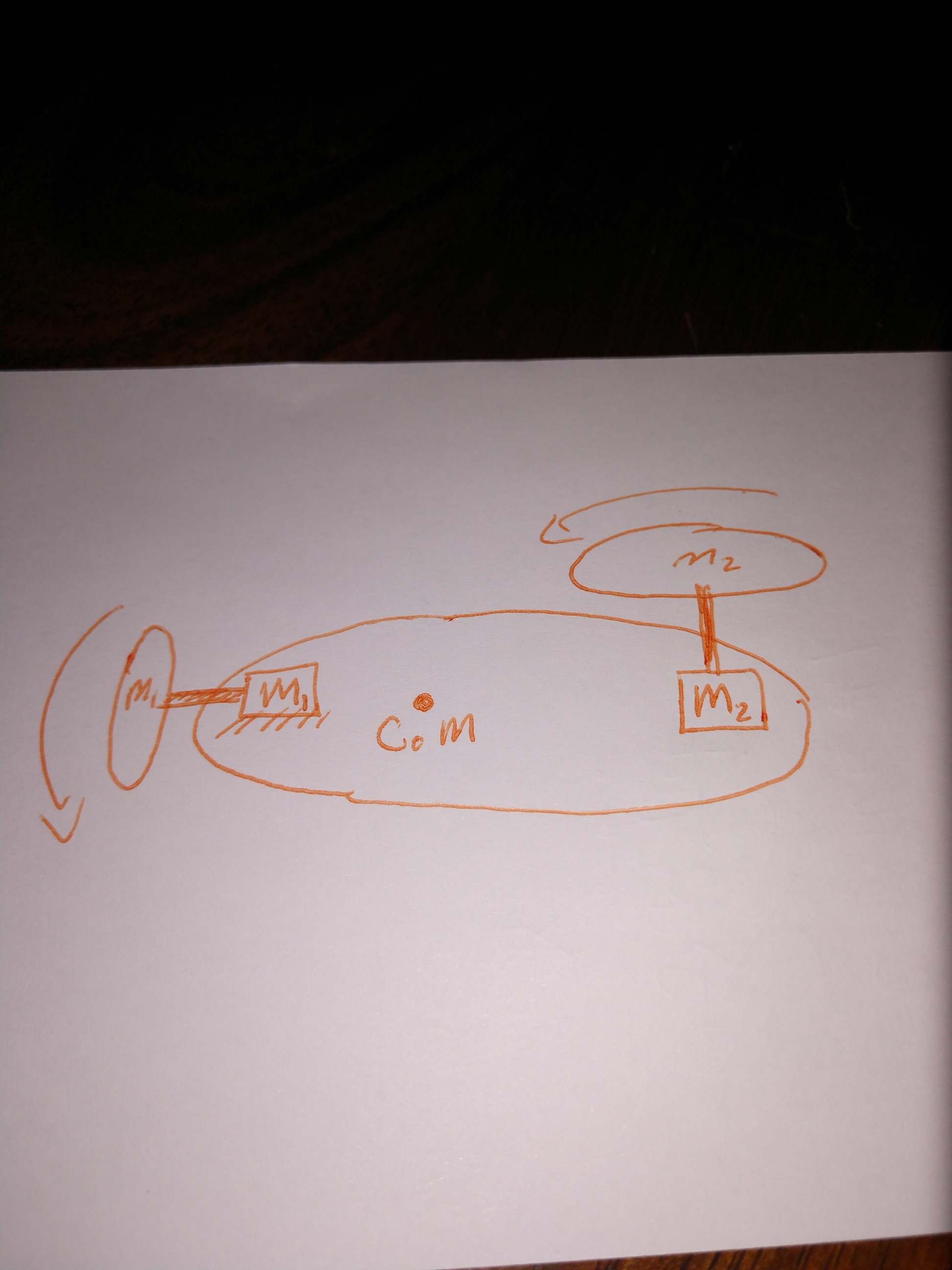 The most complex part of this process, is formulating the 3×3 mass moment of inertia tensor $\mathbf{I}$ for each separate body to be used such that

where $ \boldsymbol{L}_{\rm total}$ is a vector, as well as each rotational velocity $\boldsymbol{\omega}_i$. Also the location of each center of mass $\boldsymbol{r}_i$ and the momentum vector $\boldsymbol{p}_i$ has to be considered.

Not the answer you're looking for? Browse other questions tagged newtonian-mechanics angular-momentum torque or ask your own question.