I have seen a few Dalitz plots so far and tried to understand how they are useful. So one of the advantages of these plot is that the non-uniformity in the plots can tell something about the intermediate states that we cannot detect. My question is how do you extract the mass of these resonant particles from such plots? What additional information would you need?

Let me make my comments into an answer:

A Dalitz plot is a tool for further study of resonances, not for determining their mass. Resonances are seen on the plot for the invariant mass distribution, the the square root of the measure of the four vector of the sum of the constituent particles. As with the recent discovery of the Higgs. 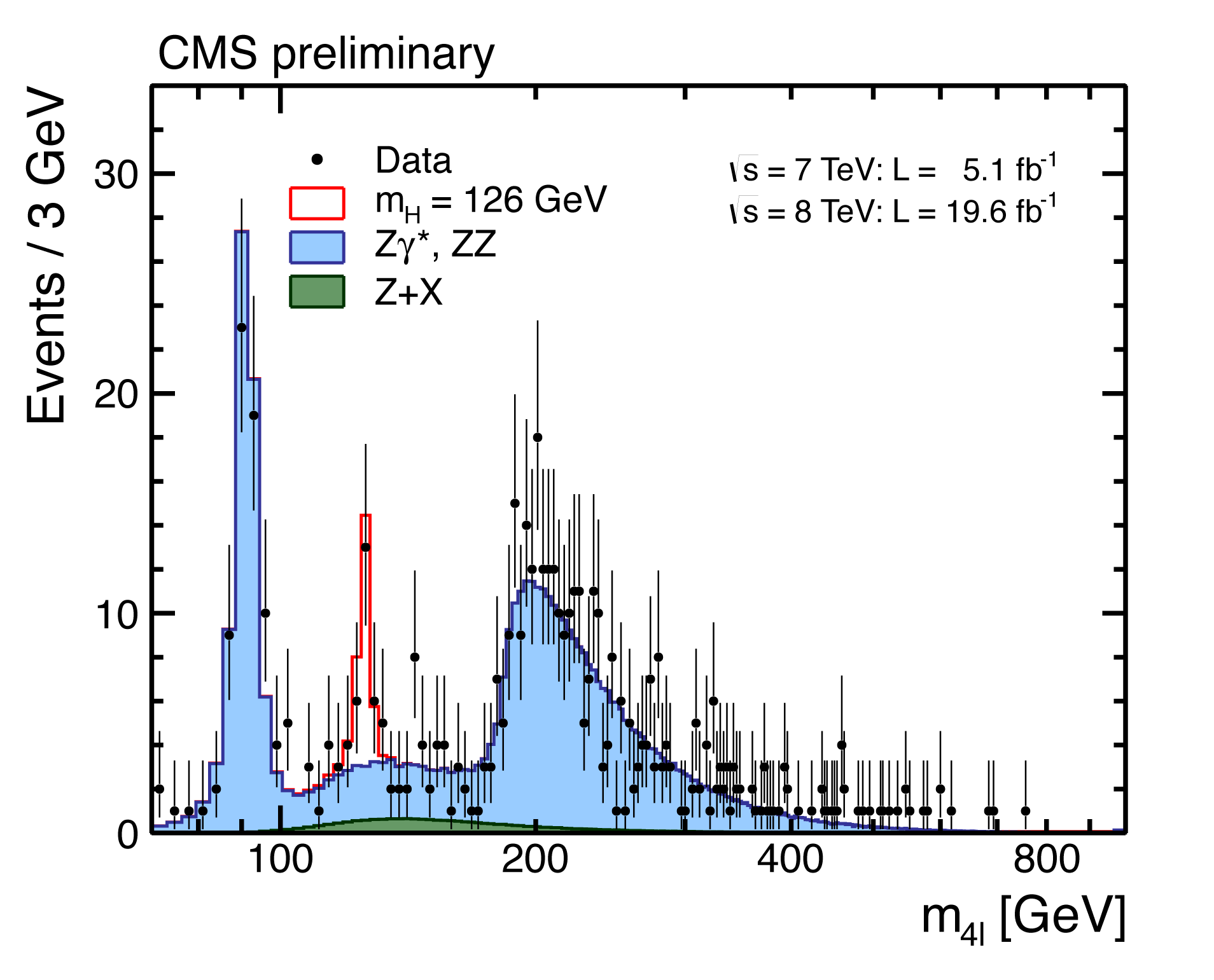 In this plot, which is the invariant mass distribution of the sum of many particles, a number of cuts have been applied to clean up the resonance, and a fit ( red line) gives the mass.

The Dalitz plot is for the simpler situation of a decay into three particles. In this case, if there are two resonances for example, the subset of invariant mass plots of pairs will have interference from the kinematic constraints. The plot allows to study this and also gives extra information on the three body parent state, if it is also a resonance, studying the interference patterns.

Not the answer you're looking for? Browse other questions tagged particle-physics experimental-physics or ask your own question.

4
Fitting to a high density scatter plot
7
Mental picture of interactions in QFT
1
Dalitz plot of a top quark decay?
2
What kind of particles can be virtual? Only those in the table of the Standard Model?
1
What do the points on a Dalitz plot represent
1
What accelerator energies and types would be needed to explore electroweak unification, and if accessible, what would be the likely observables?
0
Dalitz Plot Analysis and Kinematics