Are entanglement witness operators together with delayed entanglement swapping a violation of the non-communication theorem?

An entanglement witness operator lets you measure a system (let us say two particles) and determine if it was entangled or not. A delayed entanglement swapping allows to delay the decision to entangle the particles to be delayed as much as we want. Why then could this effects not violate the non-communication theorem? In principle you could have a guy, Victor, who sends a pair of photons to Bob, and he can decided is the photons are entangled at any time he wants. Then Bob measures if the photons are entangled or not which in principle allows to send faster than light information: entangled=1, non entangled=0.

What is it wrong with this reasoning?

To answer this, I first go through via an example why normal entanglement does not allow faster-than-light communication, look at how the entanglement swapping scenario is similar to the normal case, see how witnesses work, and why a witness unfortunately cannot help in faster-than-light communication. I confess I write it this way to ensure it is clear to me first, so feel free to skip the first section if it is obvious.

Everywhere, we have two parties Alice (sorry, Victor) and Bob, where Alice is trying to signal to Bob.

An example: Why normal entanglement does not allow faster than light communication

Let $\sigma$ be the density matrix formulation of the above state.

Now, assume Alice measures her state,but does not see the value of the measurement. The complete state is now:

What is the difference between \eqref{1x} and \eqref{1y}? In \eqref{1x}, the full system had not been measured at all, so \eqref{1x} was the best we know about the subsystem. We know the whole state is in a quantum vector, and the uncertainty of which state it will collapse in will not allow us to have any more information about the subsystem. However, in the second case, the system has been measured, and it is definitely in state $|00\rangle$ or $|11\rangle$. Bob could have known what state it was in if Alice told him, but the lack of classical information does causes \eqref{1y} to be the best he knows.

The two density matrices remaining the same mean that on performing several measurements, statistically, Bob would get 50% $|0\rangle$ and 50% $|1\rangle$ irrespective of whether Alice had measured or not. Even though in both these cases, the complete system is in a different state, there is no way for Bob to know, and hence, no way for Alice to signal.

Let us run through a small example of what you have in mind, and then find where faster-than-light communication fails. 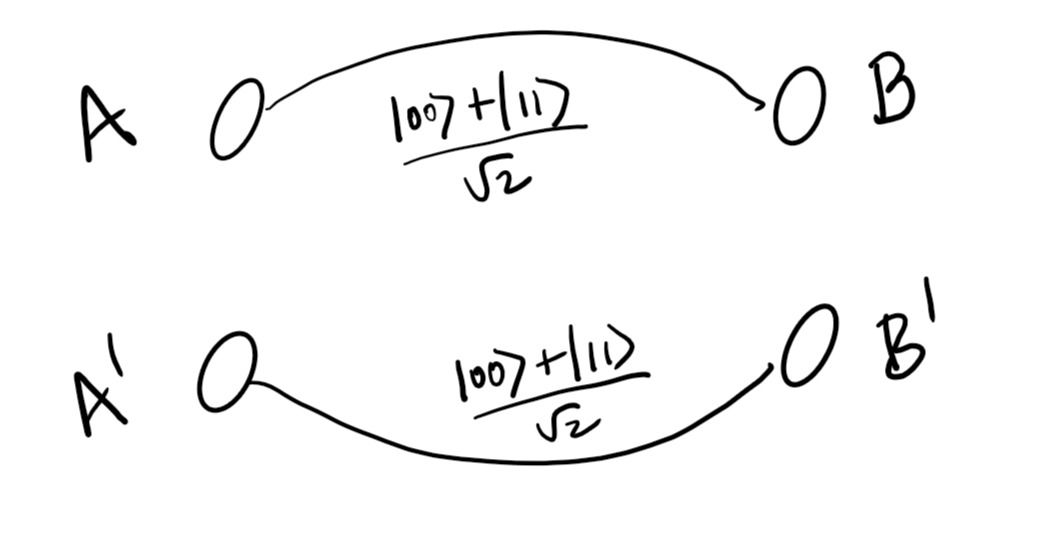 Writing this in density matrix form, and tracing out Alice's system to find Bob's subsystem, we have:

which is the maximally mixed state and is not entangled. This is similar to \eqref{1x} where the uncertainty on Bob's end is because Alice has not done any measurement. 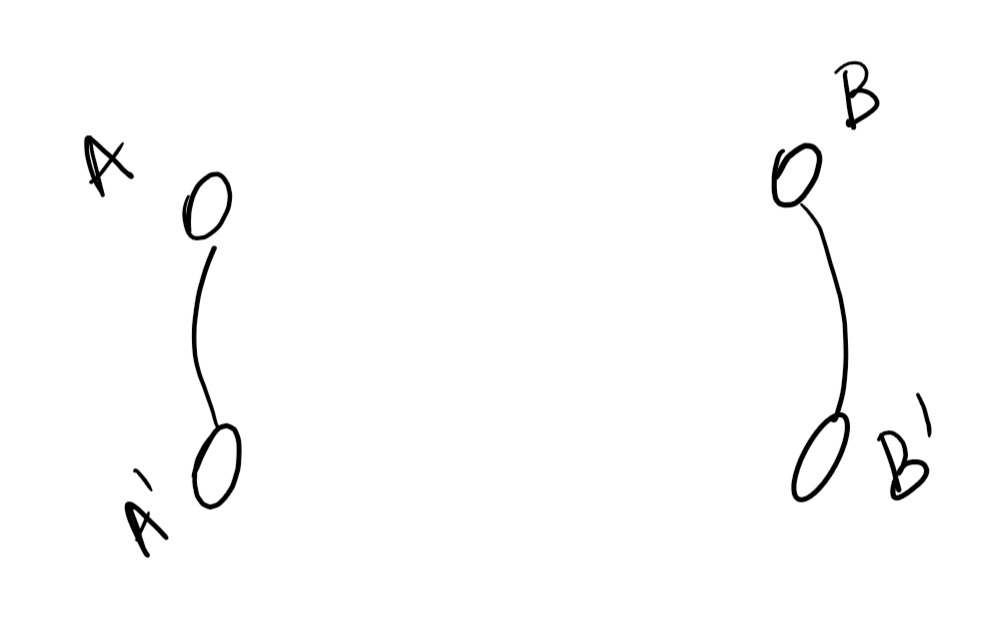 If one would now try to find Bob's subsystem (trace out Alice's part in the above equation), just like before, it would remain exactly the same as \eqref{2x}.

In other words, as described above, Bob's state truly is in one of the entangled states, but because Alice didn't tell him, he doesn't know which one. \eqref{2y} represents uncertainty due to lack of classical knowledge, but Bob can't differentiate between \eqref{2x} and \eqref{2y} because all he can do is run the experiment multiple times and take measurement statistics, which turn out to be exactly the same in both cases.

Can a witness help?

Assume we had a mechanism (I'm calling it a mechanism because witnesses do not work this way), that could take one state as input and return as output if the state was entangled or not. Then Bob can immediately input his state, and checking whether it was entangled or not would convey information about whether Alice performed the swap or not!

Essentially, such a machine would differentiate between cases \eqref{2x} and \eqref{2y} which was impossible till now!

Unfortunately, witnesses do not work this way. The class of separable states has a non-linear boundary while an entanglement witness describes a linear function. Therefore, it can never perfectly recognise all entangled states.

An entanglement witness is a Hermitian operator, whose expectation value when a state is measured in it turns out to be negative for atleast one entangled state and non-negative for all separable states.

It can be verified that this can be written as: $Tr(WX) < 0$ for atleast one entangled state, and $Tr(WX) \geq 0$ for all separable states where $W$ is the witness (a Hermitian operator) and $X$ is the state. The way $Tr(WX)$ is found is by measuring $X$ in $W$ several times and finding the expectation value of the eigenvalue obtained.

Now, let's get back to our scenario. Bob wants to know whether his state is entangled or not, so he and Alice share several such pairs of states. Each time Bob measures his state in the witness and notes down the eigenvalue, and finally finds the expected eigenvalue.

Note that this was because of the witness's inability to identify all the entangled states, it possibly was only able to give a negative value for one or two of them, and because the experiment had to be run several times, with each time the possible state that Bob has changing, he really couldn't do anything about it.

Therefore, we have shown (for this shared pair of states atleast), that a witness cannot help in signalling.

6
Does the passage of time effect a photons entanglement with another?
14
Backward causality: A question/extension to Ma et al.'s "Experimental delayed-choice entanglement swapping"
11
How does entanglement work independent of time?
1
"Entangled photons never show interference in the total pattern without coincidence count" implies FTL
1
Quantum entanglement and information transfer
0
Need help understanding delayed choice and entanglement swapping
0
Entanglement swapping proves there are no time paradoxes?
2
Is there a class of Bell inequalities that are violated by certain mixtures of known orthogonal entangled states?