What's responsible for the different hardnesses between Steel and Aluminum?

Why is the aluminum in a tin can harder than aluminum can? What characterizes their different properties?

Aluminium (aluminum in American and Canadian English) is a chemical element with the symbol Al and atomic number 13. It is a silvery-white, soft, non-magnetic and ductile metal in the boron group. By mass, aluminium makes up about 8% of the Earth's crust; it is the third most abundant element after oxygen and silicon and the most abundant metal in the crust, though it is less common in the mantle below.

Tin is a chemical element with the symbol Sn (from Latin: stannum) and atomic number 50. Tin is a silvery metal that characteristicly has a faint yellow hue. Tin, like indium, is soft enough to be cut without much force.[8] When a bar of tin is bent the so-called "tin cry" can be heard as a result of sliding tin crystals reforming; this trait is shared by indium, cadmium and frozen mercury. Pure tin after solidifying keeps a mirror-like appearance similar to most metals. However, in most tin alloys (such as pewter) the metal solidifies with a dull gray color. Tin is a post-transition metal in group 14 of the periodic table of elements. It is obtained chiefly from the mineral cassiterite, which contains stannic oxide, SnO2.

Tin Can vs Aluminum Can

A tin can, tin (especially in British English, Australian English and Canadian English), steel can, steel packaging or a can, is a container for the distribution or storage of goods, composed of thin metal. Many cans require opening by cutting the "end" open; others have removable covers. Cans hold diverse contents: foods, beverages, oil, chemicals, etc. Steel cans are made of tinplate (tin-coated steel) or of tin-free steel. In some dialects, even aluminium cans are called "tin cans".

Aluminum beverage can with stay-tab easy-opening. Note the can is narrowed at the top to allow for a smaller “end” An aluminum can (British English: aluminium can), sometimes erroneously referred to as a "tin can", is a container for packaging made primarily of aluminum. It is commonly used for foods and beverages such as milk and soup but also for products such as oil, chemicals, and other liquids. Global production is 180 billion annually and constitutes the largest single use of aluminum globally.

Wikipedia has an extensive discussion of containers and packaging.

The Moh's scale seems to place Aluminum at a 3 and Steel at a 4. This might be a chemistry question rather than a physics question. 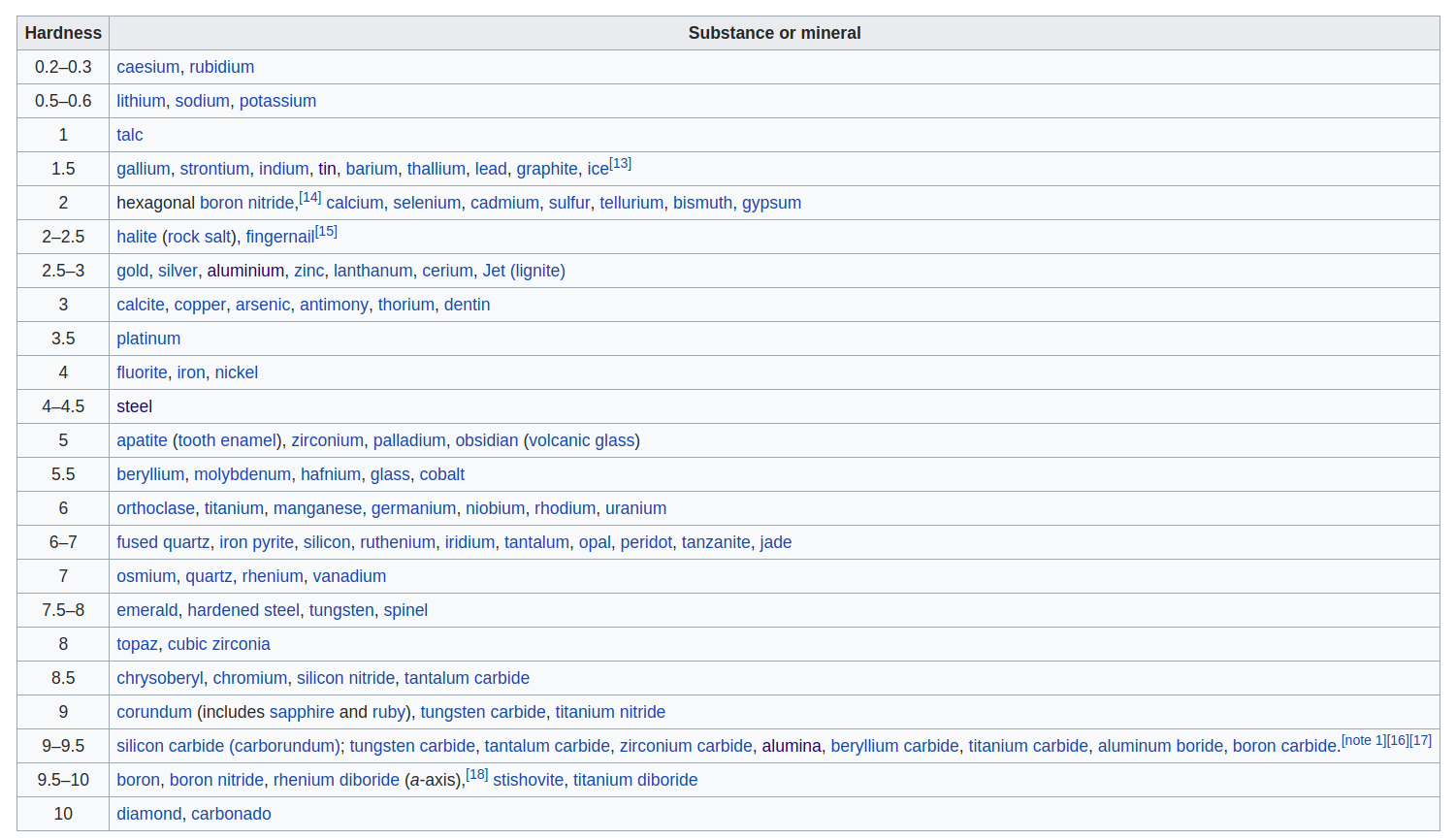 A separate check suggests that tin is quite soft. 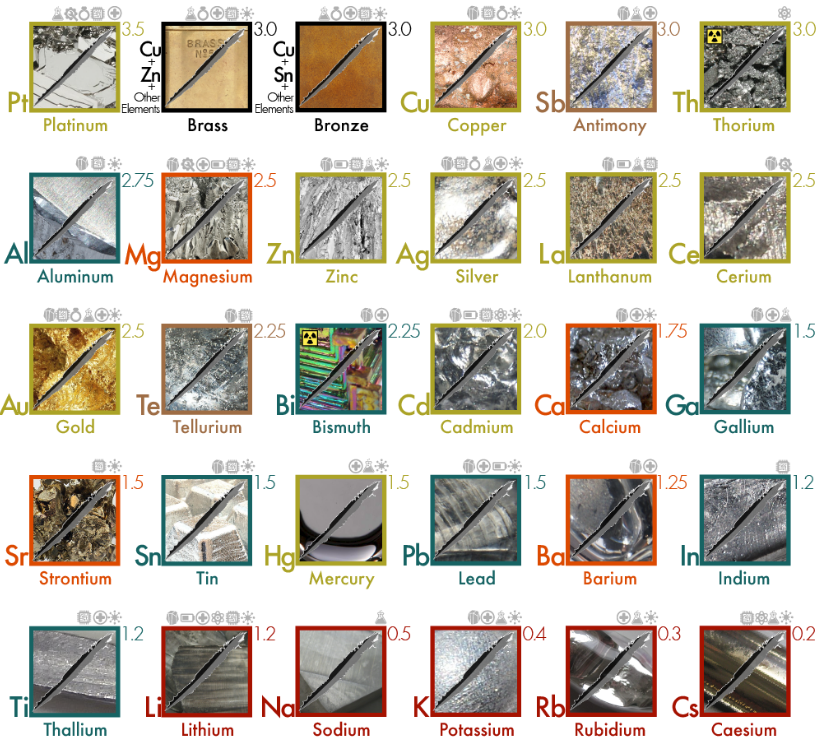 To summarize: tin cans are not made of tin, they are made of steel. At one time they were tin-plated so that the lead-tin solder that was used to seal them up would stick readily to the steel. Today they have electrically welded seams (and mechanically crimped tops and bottoms) so as to eliminate health hazards from the solder and hence no longer require tin plating; to prevent them from corroding when filled with acidic foodstuff, they are lacquered on the inside.

Aluminum and steel have different crystal structures, grain structures, and (some) ductility mechanisms at room temperature and therefore have different yield strengths, but it should be pointed out that there are hundreds of different steel and aluminum alloys with wildly differing mechanical properties- so without specifying exactly what type of steel and aluminum you are talking about, comparisons between them are almost meaningless.

The differences in properties between aluminum and steel and their various common alloys occupy entire chapters of materials science textbooks, making this forum not the best place to learn this subject. See the classic texts by Van Vlack or Shakelford.

0
Debye temperature for the steel?
3
Why does carbon alloy with iron specifically?
3
What's the possible changes for future physics due to the discovery of metallic hydrogen?
2
Mechanical Property Responsible for Folding
4
Far future: how long will engraved stainless steel tablets last? And why?
2
What is the difference between grain boundaries and dislocations?
3
What's the difference between critical load and yield stress?
1
Is it possible for aluminium alloys in an explosion to become pure elemental powder particles?
1
What's the Difference between Magnetic Susceptibility and Permeability?