Is this wire-melting phenomenon a manifestation of the Plateau–Rayleigh instability; have I done my math right?

and is described as

Combining (20), (22) and (27) yields the dispersion relation, that indicates the dependence of the growth rate ω on the wavenumber k

when describing the instability and growth of oscillations in the shape of a cylindrical column of fluid. Here $\rho$ and $\sigma$ are the density and surface tension of the fluid.

The example is for a falling column or jet of fluid in gravity but gravity does not appear in this particular expression which makes me hope that it can apply to the problem below.

If I plot the dependence on $k R_0$ I can reproduce the maximum at about 0.7. Using $\lambda = 2 \pi / k$ I get a maximum instability growth rate at period of about 9 times the cylinder radius. 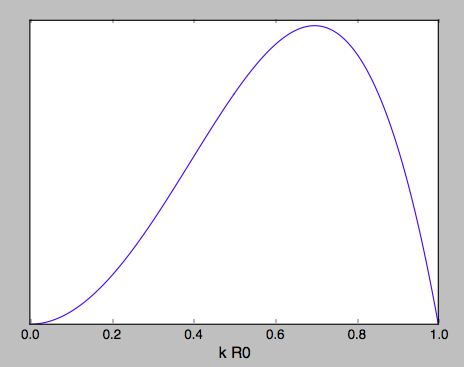 The newly released Periodic Table of Videos Exploding Wires shows a variety of wires melting and then failing when heated by electrical currents. Different properties lead to different behaviors, but the molybdenum wire formed a periodic array of beads of presumably molten metal as it melted.

These beads reminded me of the Plateau–Rayleigh instability thus the math above.

Question: Is this wire-melting phenomenon likely to be a manifestation of the Plateau–Rayleigh instability? Have I used the linked lecture notes and Equation 23 in a reasonable way? 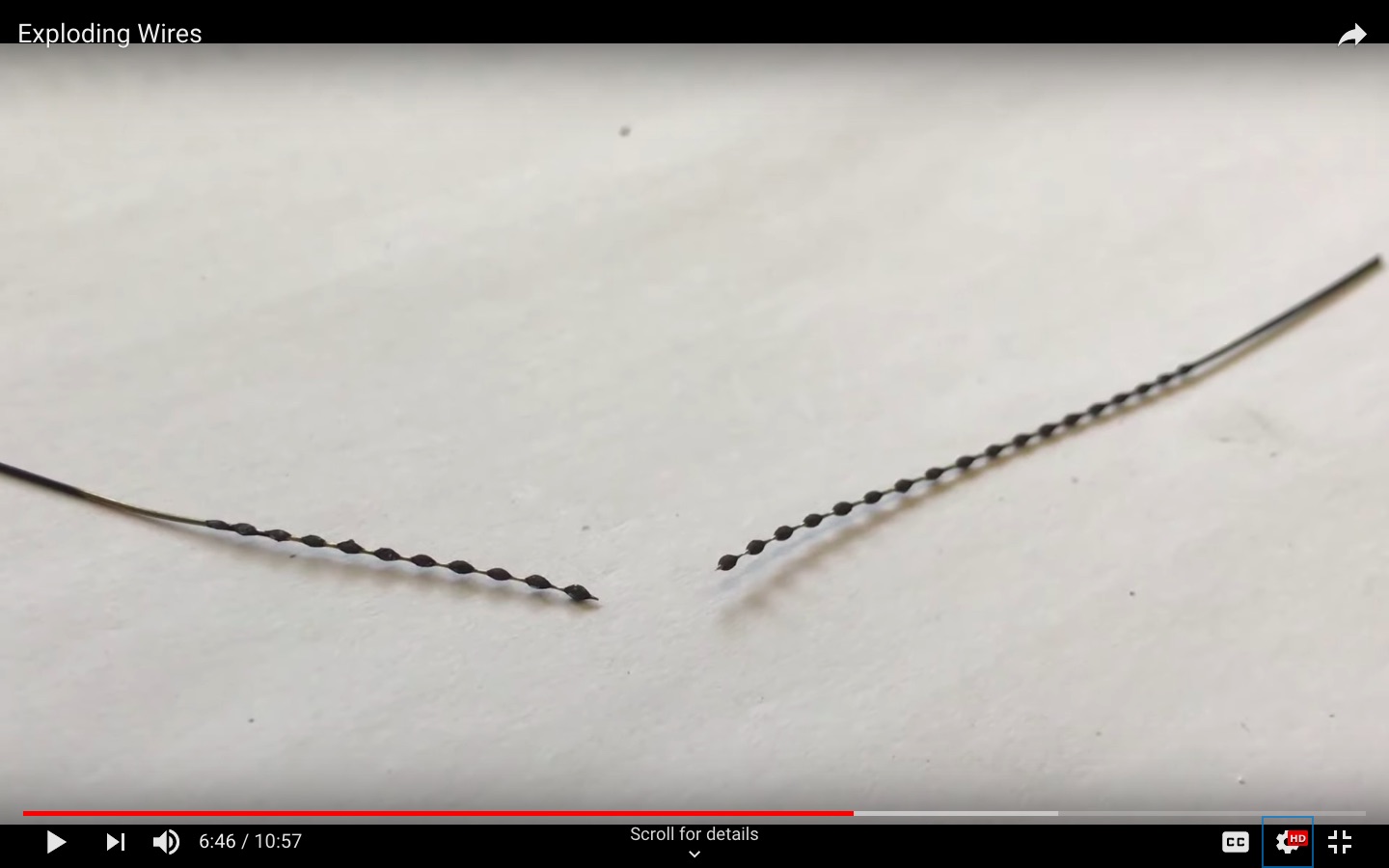 As a loose analogy only:

Browse other questions tagged fluid-dynamics surface-tension stability or ask your own question.

41
How much information about the scale of a waterfall can be obtained from its sound?
0
Have I calculated the air flow of this fan correctly?
0
Plateau–Rayleigh instability for liquids with low $Re$ number
1
Why is inverting a cup with water in it an example of the Rayleigh-Taylor instability?
7
What does the Ostrogradsky instability have to do with stability?