By how much are various dibaryon states unbound?

It has been known for a long time that the deuteron is stable but the dineutron (nn) and diproton (pp) are not. Many textbooks comment on this, but all the ones I found so far do not give quantitative information, and I have not found it via the web. But I feel sure it must be known!

So please may I ask for information, or where to find the information, on the amount (in energy) by which the following combinations are unbound:

Where to find detailed info on low energy scattering lengths would also be helpful.

P.S. to make the question about energy more precise, here are three ways of framing it.

Interesting question. I don't think this is as well established or as well defined as you imagine.

There are claims by experimentalists in 2012 to have observed either a dineutron or a resonance state that is close enough to bound to create the same kind of strong correlations in a detector that you would get from a dineutron: https://arxiv.org/abs/1211.2178 . So it is not known at present whether the dineutron is unbound (as had been believed for decades) or very weakly bound.

If you like, you can compare pp to nn, and use the difference in energy as a measure of binding. The coulomb energy at the 1 fm range of nuclear forces is about 1.4 MeV, so you could say that since the nn is very close to the bound/unbound line, the pp is unbound by about this amount. But to me this seems not like a well-founded definition.

Of the questions on your list, the only one that I think probably has a really well-defined answer is the singlet state of the deuteron. Here we can talk about the energy difference between the bound triplet state and the singlet continuum. The binding energy of the deuteron is 2.2 MeV, so the number you want has to be greater than or equal to 2.2 MeV. Measuring this seems hard to me. E.g., you could do photodissociation experiments with a monoenergetic, polarized gamma beam on a polarized target, but I suspect that's way beyond the state of the art.

Per comments, you could look at energies of resonance peaks. The total cross-section for neutron scattering from protons (experimental data) looks like this: 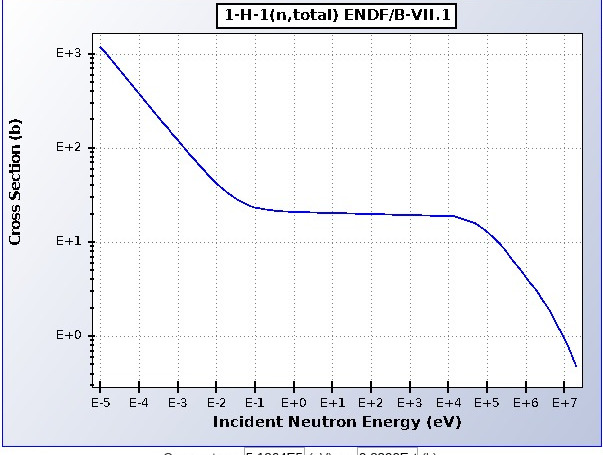 I don't see anything that looks like a resonance peak in the relevant MeV energy range. (If you go to the URL, it lets you zoom in, but I still don't see any structure in the MeV range.)

I think you're misinformed about the state of the art here. The theoretical calculations are not capable of predicting anything like this in a reliable way, because they have a bunch of adjustable parameters that have to be fitted to the data. (The (p,n) scattering experiments were done 60 years ago. I don't know if the "not feasible" experiments you have in mind were something else, such as (n,n).)

But this assumes that the potential is accurately known, which is not the case.

This is a general thing that people who aren't nuclear physicists often don't seem to realize. They imagine that it's all just the nonrelativistic Schrodinger equation with a known potential. It's not. The potential isn't known, and the use of the nonrelativistic Schrodinger equation with a two-body system (in this example) is itself an approximation. In reality there are relativistic effects, and the nucleons are composite. People do carry out lattice QCD calculations for systems like these, but the state of the art is nowhere near the point where one can make reliable predictions.

Not the answer you're looking for? Browse other questions tagged nuclear-physics research-level fusion nuclear-isomers or ask your own question.

14
Why are the dineutron and diproton unbound?

2
How much energy can be extracted from hydrogen?
14
Why are the dineutron and diproton unbound?
1
So how much fuel does a hypothetical fusion plant need?
1
How are thermonuclear weapons possible?
0
Difference between bound and unbound nuclear states?
2
Can muons be used to reach the island of stability of superheavy elements?