A magnetic field exerts a force on a moving charge called Magnetic Lorentz force. How does this force work in case of eddy currents? The following is an extract from Wikipedia: 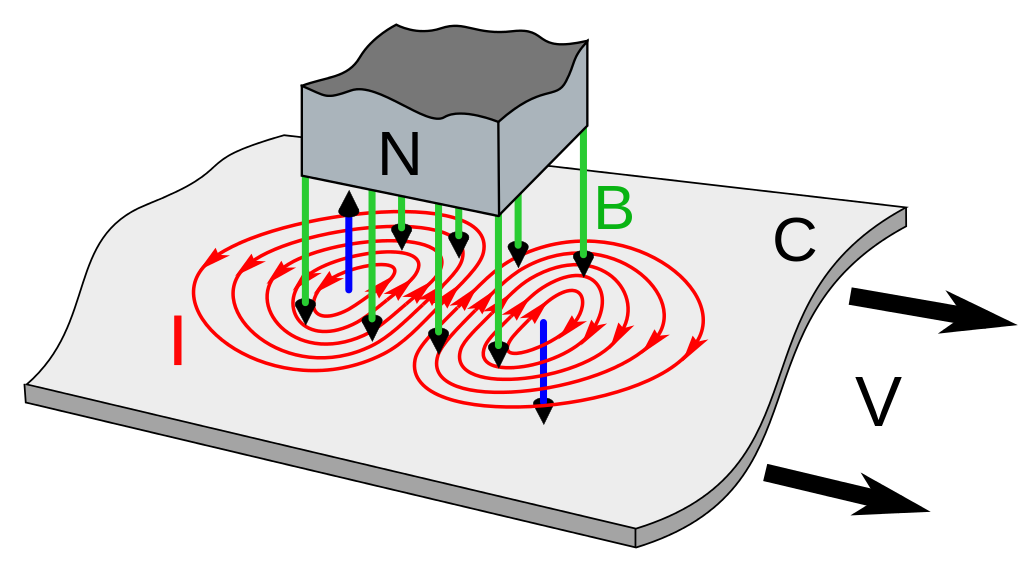 "Another way to understand the current is to see that the free charge carriers (electrons) in the metal sheet are moving with the sheet to the right, so the magnetic field exerts a sideways force on them due to the Lorentz force. The Lorentz force on positive charges F = q(v × B) is toward the rear of the diagram (to the left when facing in the direction of motion v). This causes a current I toward the rear under the magnet, which circles around through parts of the sheet outside the magnetic field, clockwise to the right and counterclockwise to the left, to the front of the magnet again."

In order for the charges to go in a circle, the magnetic Lorentz force should act as the centripetal force, correct? But this means that the direction of v and B should be perpendicular to each other. So, do eddy currents occur only when they are perpendicular?

If not, then how does the Lorentz force influence the motion of the charge carriers?