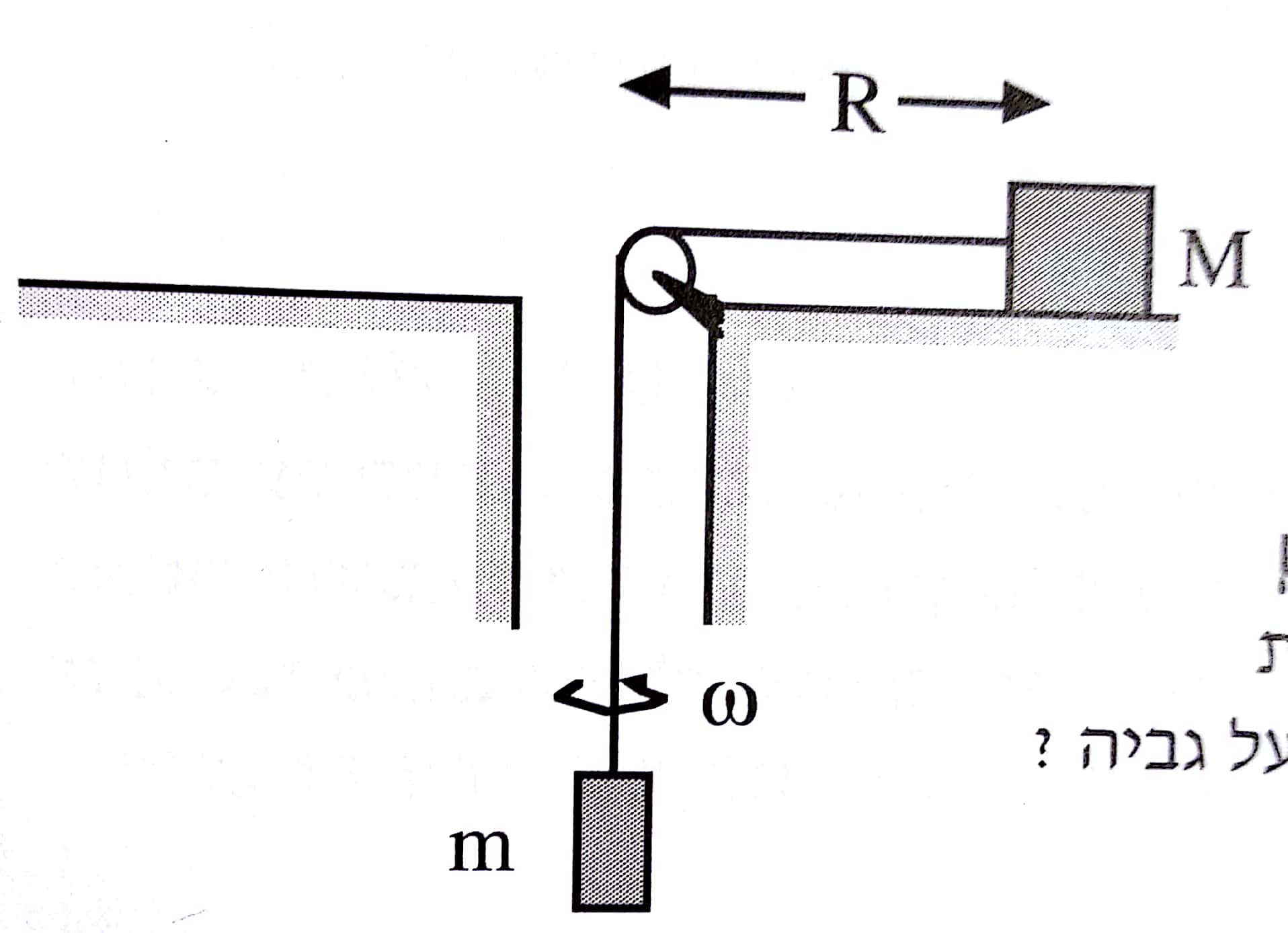 It's given that the static friction coefficient is $\mu$.

The question is what is the maximum value of R (radius) for the object to remain still during the circular motion.

My attempt: I said that the centripetal force is equal to the tension minus the static friction . Because there is no movement in the y axis, the normal force equals Mg. From that we can say: $$R_{max} = \frac{m}{M-μ} \frac{g}{w²}$$

The necessary force needed by the mass to undergo circular motion is $MR\omega^2$.

As the radius $R$ increases so must that force.

However as the radius increases the friction force and the tension in the string are trying to stop mass M travelling in a straight line ie they are helping each other to produce the necessary for for the mass M to undergo centripetal acceleration and so those two forces must be in the same direction.

The acceleration is indeed towards the centre of the rotating table.

But friction does not depend on acceleration direction; it depends on sliding direction.

You are asked what the maximum $R$ is for the block to stay stationary. Let's consider what would happen if $R$ was slightly large:

Then the block would fly outwards! Out of the circular motion, meaning further away from the centre of the rotating table.

Static friction prevents this sliding from happening by pulling inwards towards the centre. And if $R$ is larger than the maximum, static friction is not strong enough and let's go, and then the block starts sliding further away.

This moment is when the block is at it's maximum $R$.