why does a particle in a box work like an electron in an atom orbit?

The solution for the Schrödinger equation for a particle in a box, e.g. an electron, is a standing wave with the length $\lambda/2*n$ with $n$ as the number of the orbit or the so called state. Furthermore $n$ is called the principal quantum number. 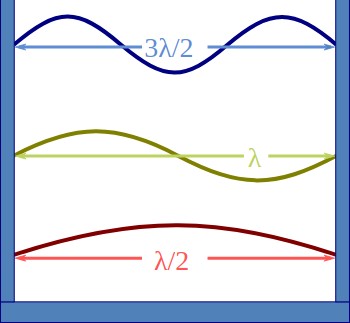 This standing wave moves up and down with its amplitude but the knots of the standing wave do not move. Now imagine to take these waves and their discrete lengths and wrap them around a circle. What you get, in the opinion of my university professor, is the following: 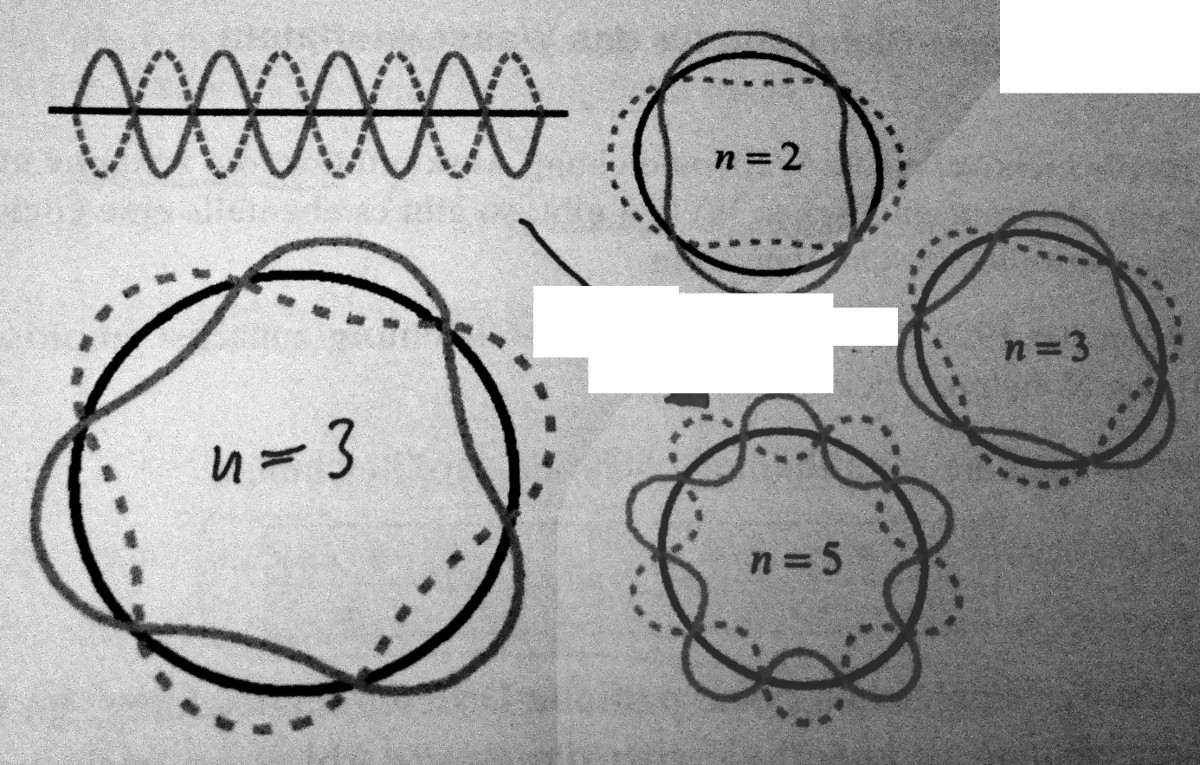 If I got it right, an electron in a box, considering the Schrödinger equation, has the same matter wave as an electron on an atom orbit. So it moves in the same way if you hit the standing wave.

But I have to say, I do not know how that should work. Why should the particle in the box and the particle on the orbit act identically? And as you can see, there are twice as many half-periods of the wave for each $n$ in the second picture along the orbit as calculated before.

The "wrapping around" of the electron wave is only a heuristic argument, already made by de Broglie, to explain the discrete energy levels of an atom. For the atom, the solutions of the Schrödinger equation give you the correct wave solutions which are not related to the de Broglie wavelength and the corresponding knots in a standing wave. For example, the Schrödinger equation gives a ground state wave function of the hydrogen atom which has no knots at all.

as we know the electron revolve around nucleus in closed orbit. so the whole system is behave like bound system. Electrons will come out from the orbit and become free electron if and only if it gain extra energy. same situation is there in particle in one dimension box, in which particle is allowed to move within the box only. also there is a tunneling effect in which, there is probability of particle to come out from the box after 10^24 time collision with the walls of the box. The behavior of orbital electron and particle in box is comparatively same and one use this analogy to understand behavior of electron inside the atom.

Not the answer you're looking for? Browse other questions tagged quantum-mechanics waves atomic-physics or ask your own question.

10
How to tell theoretically whether an electron behaves as wave or particle
5
Interpretation of Orbital Magnetic Moment
0
Energy and the modes of standing waves
10
Electron as a standing wave and its stability
0
What is the probability to measure a particle's energy in it's ground state?
0
How are line spectra explained after rejecting/improving Bohr's theory?
1
Quantum Mechanical Tunneling in a Resonant Tunneling Diode
1
De Broglie explanation of Bohr's second postulate. discrepancy of 2 times?