I was having a discussion with a colleague. Imagine a circuit with ideal components. The circuit is a capacitor divider (1uF and 1pF capacitors) with the midpoint being pulled down to GND by a 1Meg resistor. We drive the circuit with an ideal 1kHz 1V square wave. What is the maximum voltage drop across $C1$?

My colleague argued that at $t=0$, the capacitor $C1$ will see the entire 1V drop across it, since the midpoint is weakly biased to GND by the resistor.

Who is right? I tired simulating the circuit but it was not enough to convince my friend. Can someone provide a more rigorous physics explanation of what happens at t=0? I tried asking in the EE stack exchange but got no traction. 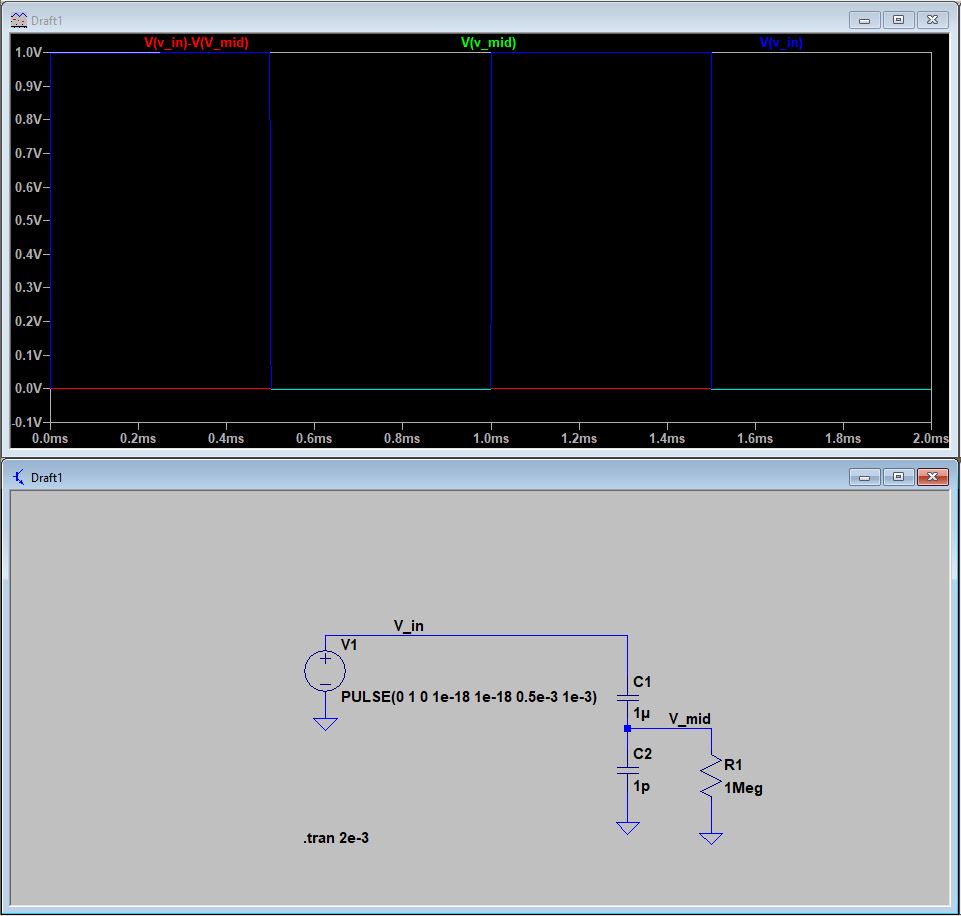 The R1 bias resistor is not able to effectively hold the V_mid node at GND, current will mostly flow through C2 (since its resistance is so low at 1Khz).

This is where your argument goes off of the rails. The impedance of $C_2$ at the fundamental frequency is

Assuming the capacitors are initially uncharged and if we ignore $R_1$, the equivalent capacitance of the series connected $C_1$ and $C_2$ is just under $1\,\mathrm{pF}$. I see that you set the rise time of the voltage source to be $1\times 10^{-18}\,\mathrm{s}$ and so the charging current during the rise time is

On a time scale that is short compared to the time constant of the network, the resistor hardly matters and the network acts as a capacitive divider. You are right that you can write the impedance as you did and it will tell you that almost the entire voltage will briefly appear across the smaller capacitor.

To see this you have to run the simulation with time steps much smaller than 1 micro second. 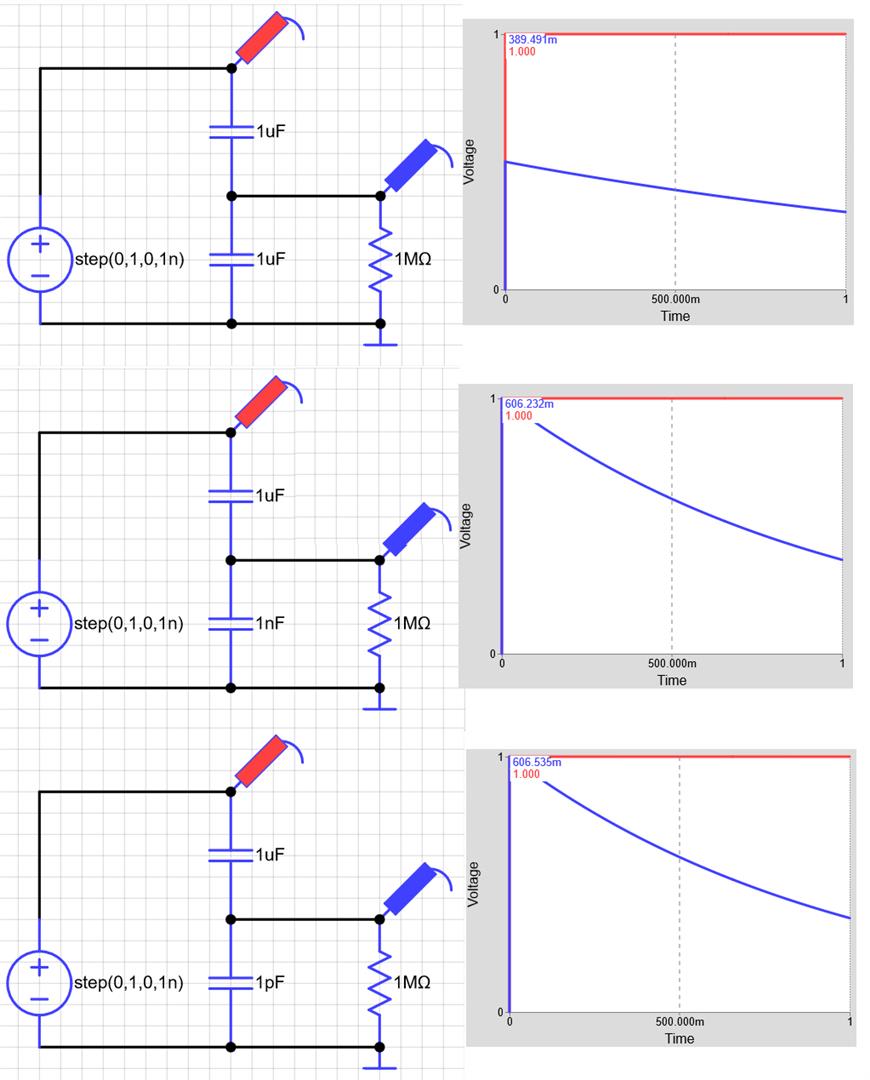 The time scale on the graphs is seconds.

1
Could a variable capacitor divider replace a Variac?
0
Capacitor related query
6
Voltage drop due to a resistor
1
Why is the voltage output equal to the voltage drop?
1
Modelling a capacitor with dielectric resistance as a circuit element
0
Capacitor with pulsating dc voltage source/current
1
Voltage Change Across a Resistor/Circuit
1
Potential Drop across a Capacitor
4
Voltage divider: Voltage drop at first resistor