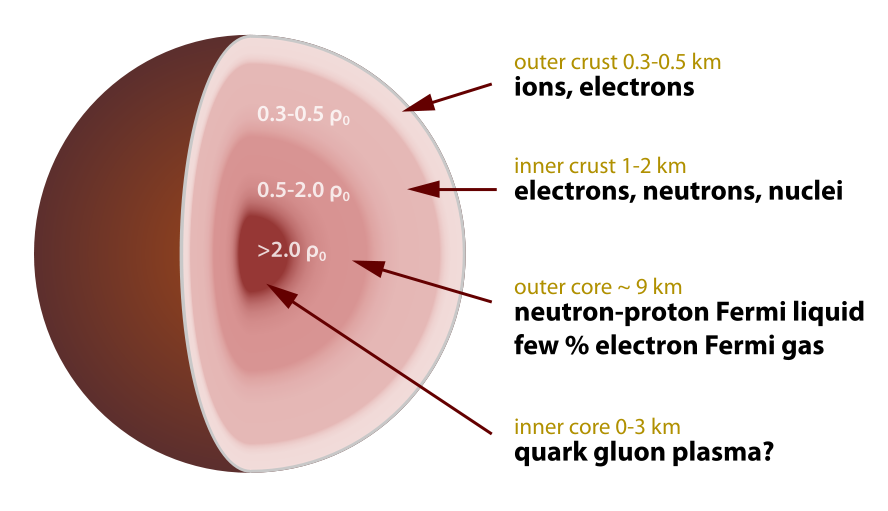 Neutrons are stable in the neutron star because there is such high pressures that neutrons are unable to decay. The states for protons and electrons make sure that the neutrons do not decay. Neutrons do decay but not enough to make a dent on the neutron star. Also any neutrons that do manage to decay to protons most likely convert back to neutrons. There is no complete layer with neutrons. Just more neutrons the further down you go in a neutron star. Both the museum and Wikipedia are right. When they say composed of "all neutrons" they do not literally mean made of completely neutrons. Instead they mean neutron stars have tremendous amount of neutrons but still have a small amount of other stuff.

64
How come neutrons in a nucleus don't decay?
29
What stabilizes neutrons against beta decay in a neutron star?
14
Is a neutron star basically an isotope?
1
Stability and Nuclear Binding Energy