Acceleration is constant $=a$.

Once integrate, velocity is linear

Displacement is a product of velocity and total time of travel.

If you see a velocity time graph (please see the explanation i've written in page below), you’ll see that it is composed of several small rectangles under the curve that are nothing but products of small time intervals (often shown as “dt”) and the velocity at that time. If you sum up the area of these rectangles or integrate (integration is nothing but summation of area), you get the total displacement 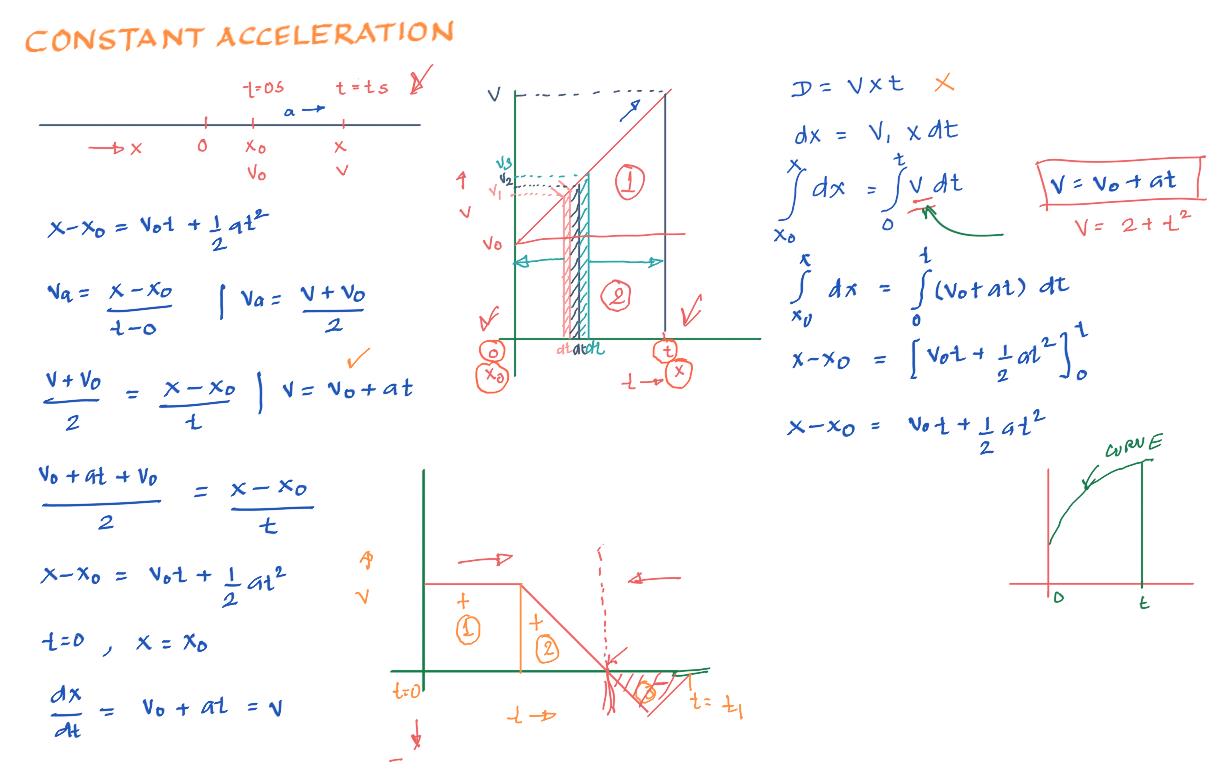 Not the answer you're looking for? Browse other questions tagged kinematics acceleration velocity differentiation or ask your own question.