Why do I hear voices when I touch my turntable needle?

So I was trying to figure out the reason why my old (and probably sufficiently damaged) needle on my phonograph (turntable) was not working like it was a little while ago.

With my headphones on, I was playing around with it and happened to touch two of the leads on the underbody of the needle. 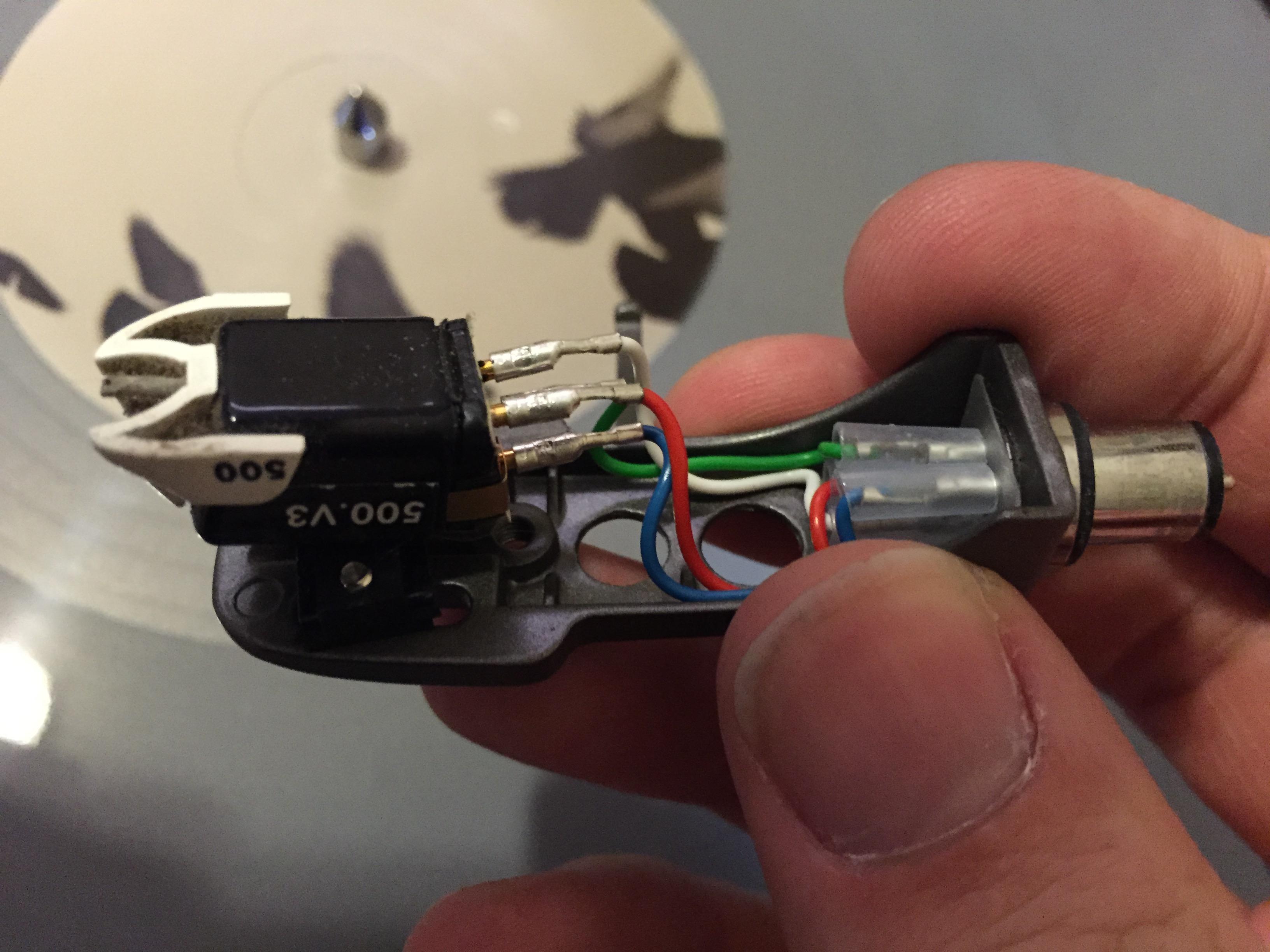 All of a sudden, a man's voice was speaking to me in a muffled, mid-pass tone, slightly audible but definitely discernible (talking about the "nightmares of the Obama regime" or something odd like that).

The voices only occurred when I was in contact with both leads.

Why is this? Did I turn myself into a giant watery antenna? I know phonographs have some interesting physics to them, but this is a new one. Why is it so clear? I can hardly get old analog radios to focus cleanly, let alone my own body. Is there a natural resonance that caused such a clear audio frequency to be heard?

If your phonograph cartridge uses a piezo-electric pickup, the cartridge may have acted as a rudimentary crystal radio receiver. In a piezo-electric pickup, the stylus contacts a crystal and creates an electric current while jiggling as it moves through the grooves of a record. It's likely that while you were jiggling the apparatus, you found the exact contact between stylus and crystal which created a natural resonance that was activated by the radio frequency passing into the crystal. Just by chance, the resonance of your crystal may have exactly matched the frequency of a talk-radio station. Crystal radios can be powered by the radio waves they receive. All you need for a crystal radio is an antenna, headphones, a detector consisting of stylus and crystal, a tuning coil, and a ground: https://en.wikipedia.org/wiki/Crystal_radio#/media/File:CrystalRadio.jpg. If the position and pressure of the stylus on your crystal established a natural resonance in agreement with the frequency of the station you received, you could do without the tuning coil.

Here is a link to the various types of phonograph cartridges: http://www.enjoythemusic.com/cartridgehistory.htm. Scroll down to Piezoelectric Pickups for a description of what I think you may have. Perhaps your body acted as the antenna. Here is a link explaining some of the aspects of the human body as antenna: http://www.jpier.org/PIER/pier148/17.14061207.pdf.

Not the answer you're looking for? Browse other questions tagged electromagnetism waves electronics radio antennas or ask your own question.