I'm having trouble with quantum harmonic oscillators and I'm not sure how to approach these questions: 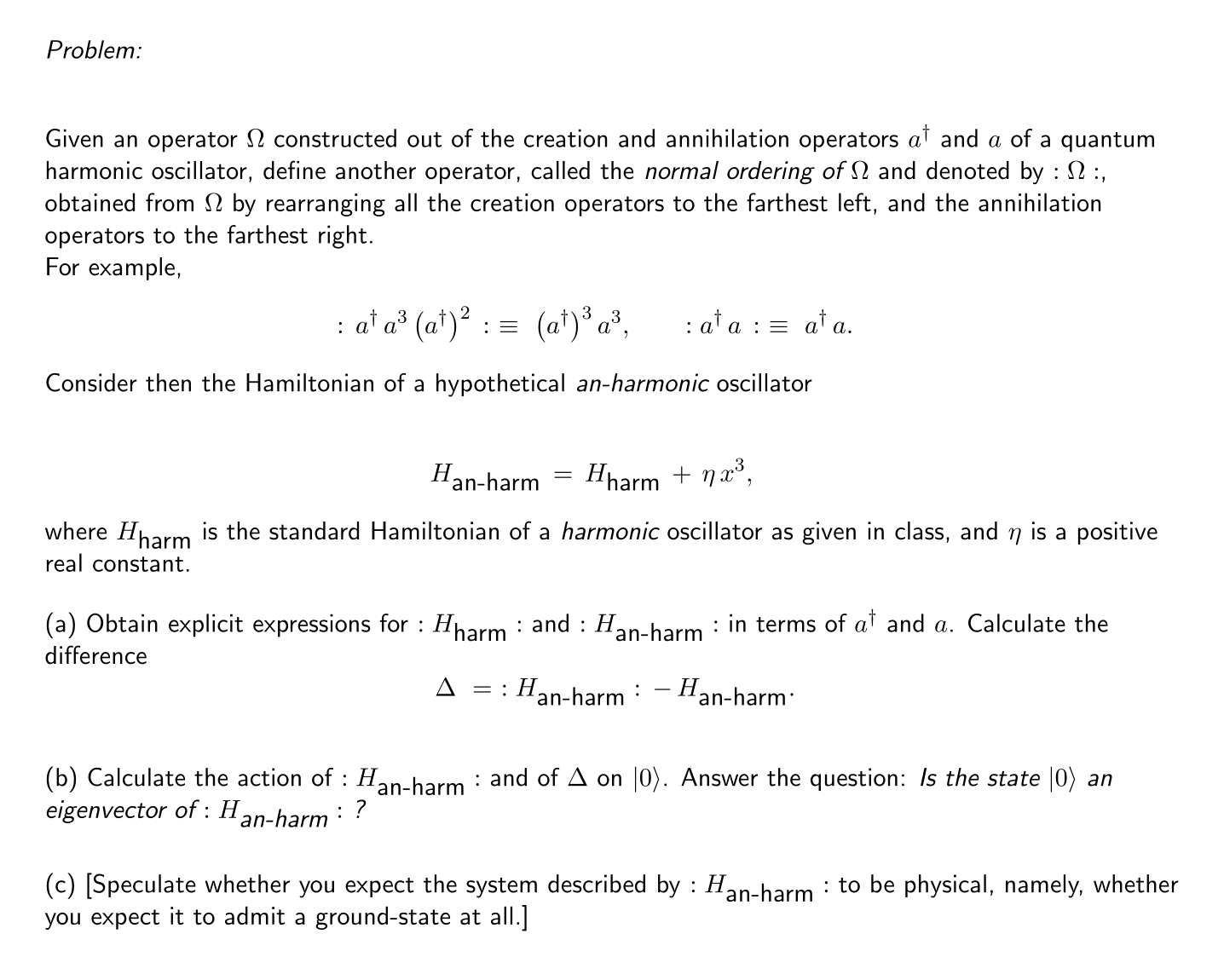 I'd really like to get my head around these concepts but I'm struggling to understand fully. Could somebody please briefly explain the method I should be using to tackle these problems? Any help would be greatly appreciated.

Firs of all I'd like to tell you that the position operator $x$ is given in terms of the ladder operator by the following relation:

Since I found the notation $:H:$ to be confusing instead I would like to write in calligraphic notation ie I define $\mathcal{H} \equiv \; :H:$ .

$\Delta= \mathcal{H}_{an-harm}-H_{an-harm}$ is then fairly easy to calculate. Notice that $\mathcal{X}^3$ is given by binomial theorem since you don't really care in which order you write the operators as long as $\ad$ is on the far left side. Notice also that $\mathcal{H}_{harm}=H_{harm}$ then it follows that

You may want to tidy up $\Delta$ by using the commutator identities if you want to have really good answer but I don't find it too necessary to do it for this particular problem.

Not the answer you're looking for? Browse other questions tagged quantum-mechanics homework-and-exercises operators hilbert-space oscillators or ask your own question.

2
Regarding Electromagnetic plane wave and Maxwell's equatins
1
Pressure distribution on an inclined plate
3
Particle interaction selection rules
0
What is the distance in between two shells of a spherical capacitor?
0
Connecting the Schrodinger equation, unitarity and norm-preserving of states in time evolution
0
Using Dirac notation to find matrix representation
2
How to find unitary matrices?
0
Direction of Torque and Sign Convention