Can two bodies move with equal acceleration if forces acting on both are unequal?

In my textbook there is a case given that is to find acceleration and tension produced in a string passed over a frictionless pulley and attached with bodies of different masses at its ends. Now below I am showing you some of the derivation given in my textbook and then in last I will tell what my question exactly is.

Let $m_1>m_2$ then body at right will accelerate down with acceleration $a$ and body at left will move up with same acceleration.

Now come to my question. We know that,

Acceleration for body at right is given by,

Acceleration for body at left is given by,

Since it is said that acceleration produced in both bodies is same then, 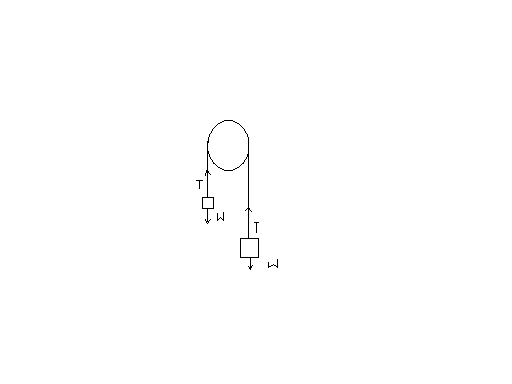 I ask that Can two bodies move with equal magnitude of acceleration if forces acting on both are unequal? If not then is that all given in my textbook is wrong? If yes then how?

9
Why does the tension on the pulley in an Atwood machine not equal $(m_1 + m_2)g$?
2
Can we define tension in a string as the reactive force produced in a string being pulled at both ends?
1
Net force on a mass when a string (massless) is cut