More about the right hand rule?

We started learning about electromagnetism in physics class, and the Right Hand Rule comes in handy as seems easy to use, but I'm curious as to how it actually works. I guess it's more of a math question since I think it just involves solving the cross product of the velocity of the charge and the magnetic field. I don't know anything about cross products, but I searched some things up and it seems that the matrix is has unit vectors in it which determine the directions, so would one have to solve the whole thing to determine the direction of the force on the charge? I know it has to be perpendicular to both of the vectors but that still leaves 2 directions.

The formula for the force of a particle due to its magnetic field is $F = q \vec v \times \vec B$. The cross product has the property that its result is always perpendicular to both arguments.

Its direction is simply a result of how the cross product function is defined and the sign of electric charge (an electron is defined as negative).

It is important to note that the order of the arguments matters as the cross product function is not commutative; generally $ \vec A \times \vec B \neq \vec B \times \vec A$. For vectors the direction will be reversed; for matrices both sides can be wildly different.

Look at the diagram below, 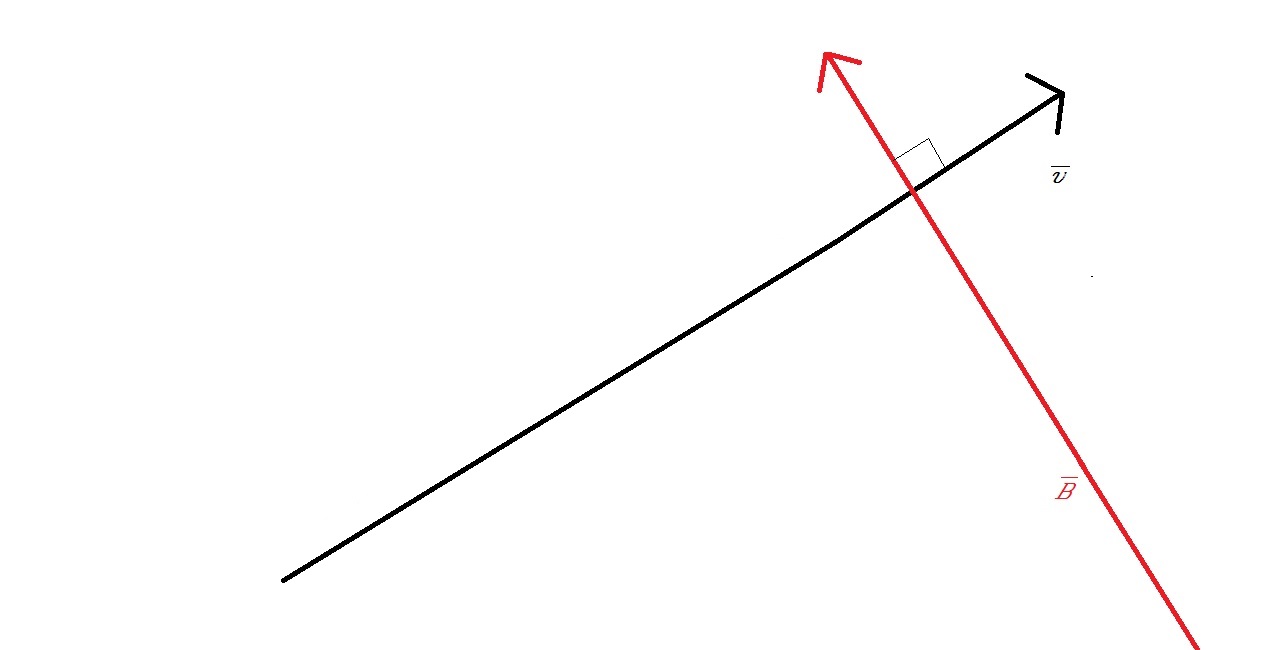 Look at the diagram below, 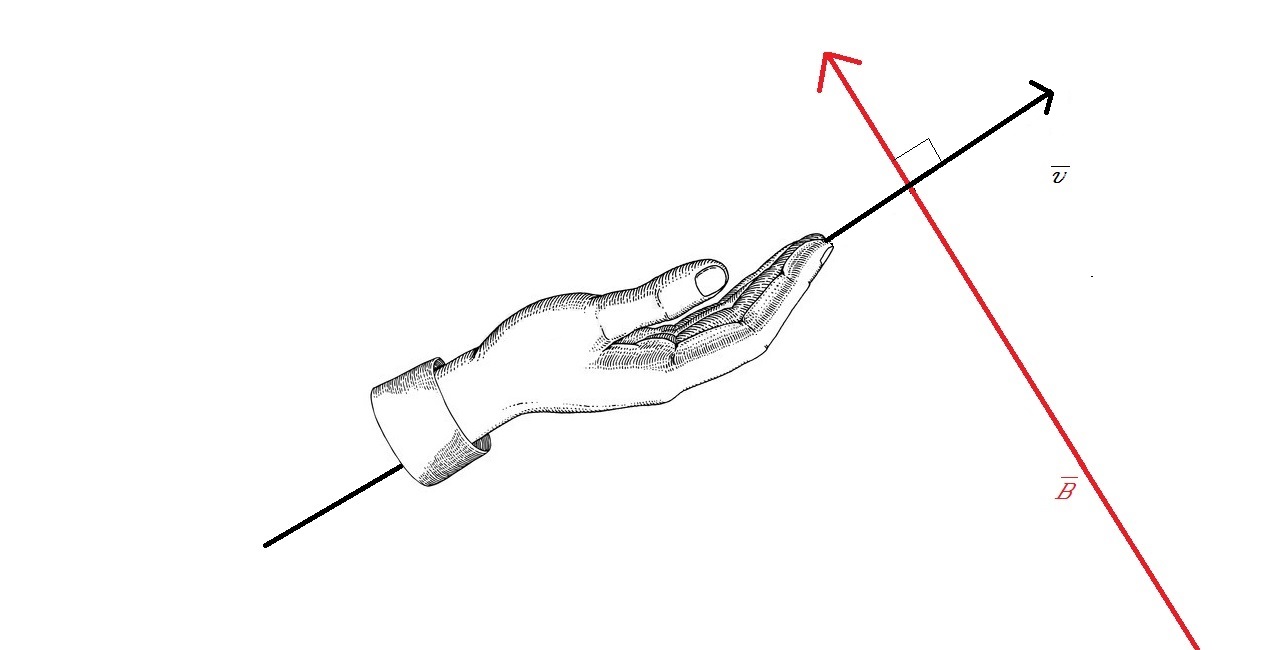 Place your right hand on $v$. Now, curl your fingers in the direction of $B$. 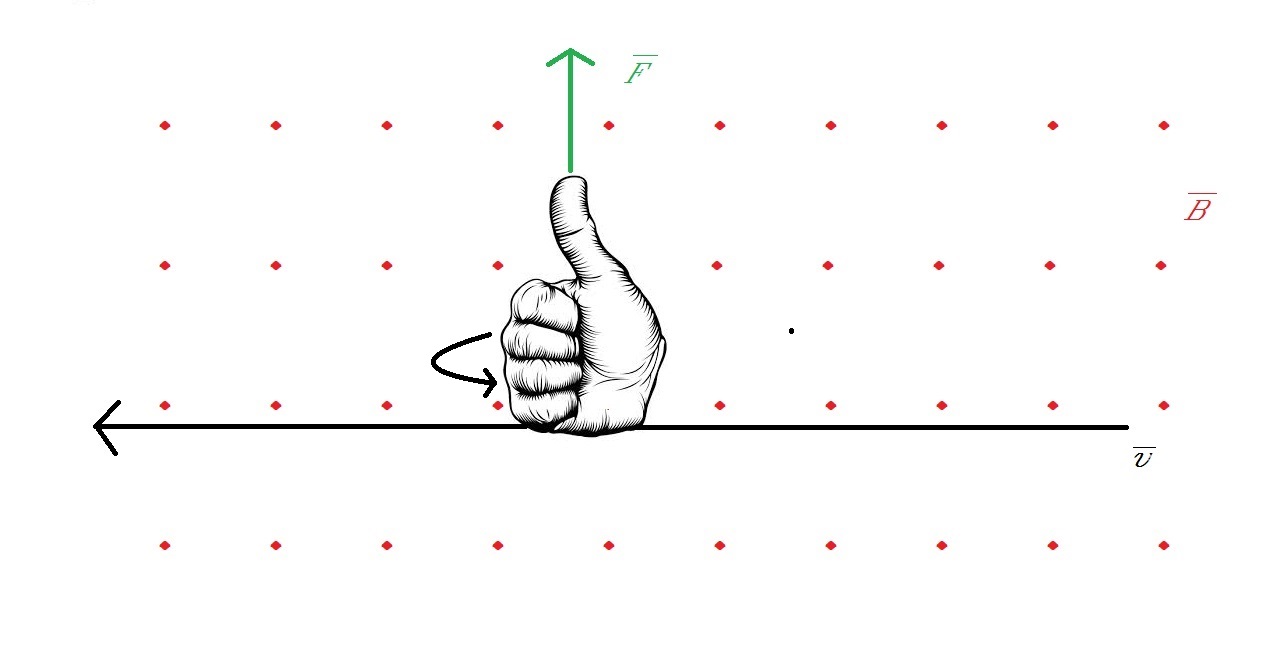 Remember, I worked with a proton. If one works with an electron, one has to flip the direction of the force due to its opposite nature.

The cross product does not have a specific direction, but either the left hand rule or right hand rule works, but it has to be applied consistantly. That's the key. So you simply drum in one rule in everywhere.

It's kind of like driving to the left or to the right. Either works, but you have to be consistant about it.

The right hand rule is simply a mathematical convention. We use right handed coordinate systems. We could make the left hand rule true if we wanted to, but we would need to adapt our equations to the new convention.

Not the answer you're looking for? Browse other questions tagged electromagnetism vectors conventions or ask your own question.

66
Why is the charge naming convention wrong?
11
Who (and Why) started the “electrons are negative, protons are positive” convention?
3
Why does a magnetic field go anticlockwise of the direction of current?

75
What is the physical significance of dot & cross product of vectors? Why is division not defined for vectors?
0
What is the difference between Right Hand Palm Rule, Fleming's Right Hand Thumb Rule and Fleming's Left Hand Thumb Rule?
0
Am I wrong about the right hand grip rule?
1
Direction of magnetic field around a straight current carrying wire
5
Cross products/avoiding using your hand for the right hand rule in E and M
0
Right hand rule: Vector cross product