Gravitational field of a moving object

Here's a simple scenario: Let's say, that there are 2 stationary planetoids of equal mass on the Earth's orbital motion path, placed at equal distances from Earth just like on the image below: 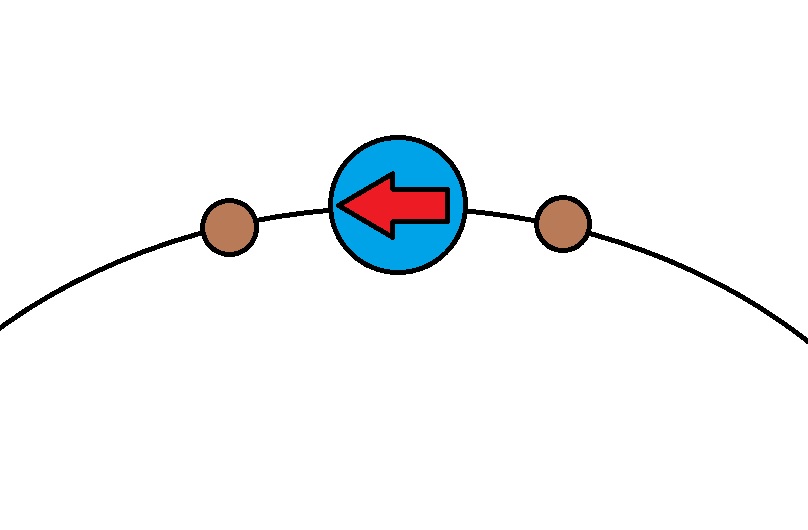 Will both planetoids start to accelerate towards Earth at the same rate or will the rate of acceleration differ for each of them? To simplify it, let's say that Earth motion path is linear.

What I'm interested in, is the influence of source's motion on the geometry of it's gravitational field, as it is observed in a stationary frame.

If Earth is considered the object the planetoids are stationary relative to at the start (your question is somewhat amniguous), then the natural "stationary frame" would be Earth which would, in that frame of reference, have no motion at all. From then on the two planetoids will simply be attracted towards Earth (and each other) equally (but in opposite directions) and their motion would be symmetric about Earth if their initial motion was stationary relative to Earth.

If the Earth is considered to be moving towards one body and away from the other, the natural stationary reference frame is the mid point between the two planetoids at the start (where Earth is at the start).

Will both planetoids start to accelerate towards Earth at the same rate or will the rate of acceleration differ for each of them?

In this case relativistic effects are completely negligible and it's simply a Newtonian gravitational problem with the two bodies in effect starting out with different velocities relative to Earth and the result is qualitatively simple : the body starting out approaching Earth hits Earth sooner that the other body which is (from Earth's point of view) moving away from it at the start. Earth's motion relative to the "stationary frame" as defined in this case would be slightly perturbed (from simple linear motion at a constant velocity) by what would be different forces from the two bodies (as they would occupy different positions at different time and hence the gravitational forces between them and Earth would be different).

Not the answer you're looking for? Browse other questions tagged special-relativity gravity kinematics acceleration field-theory or ask your own question.