Two definitions of a macrostate

I fully understand the concept of a microstate, but I'm having some trouble reconciling two seemingly contradictory definitions of a macrostate.

Here are the two definitions: 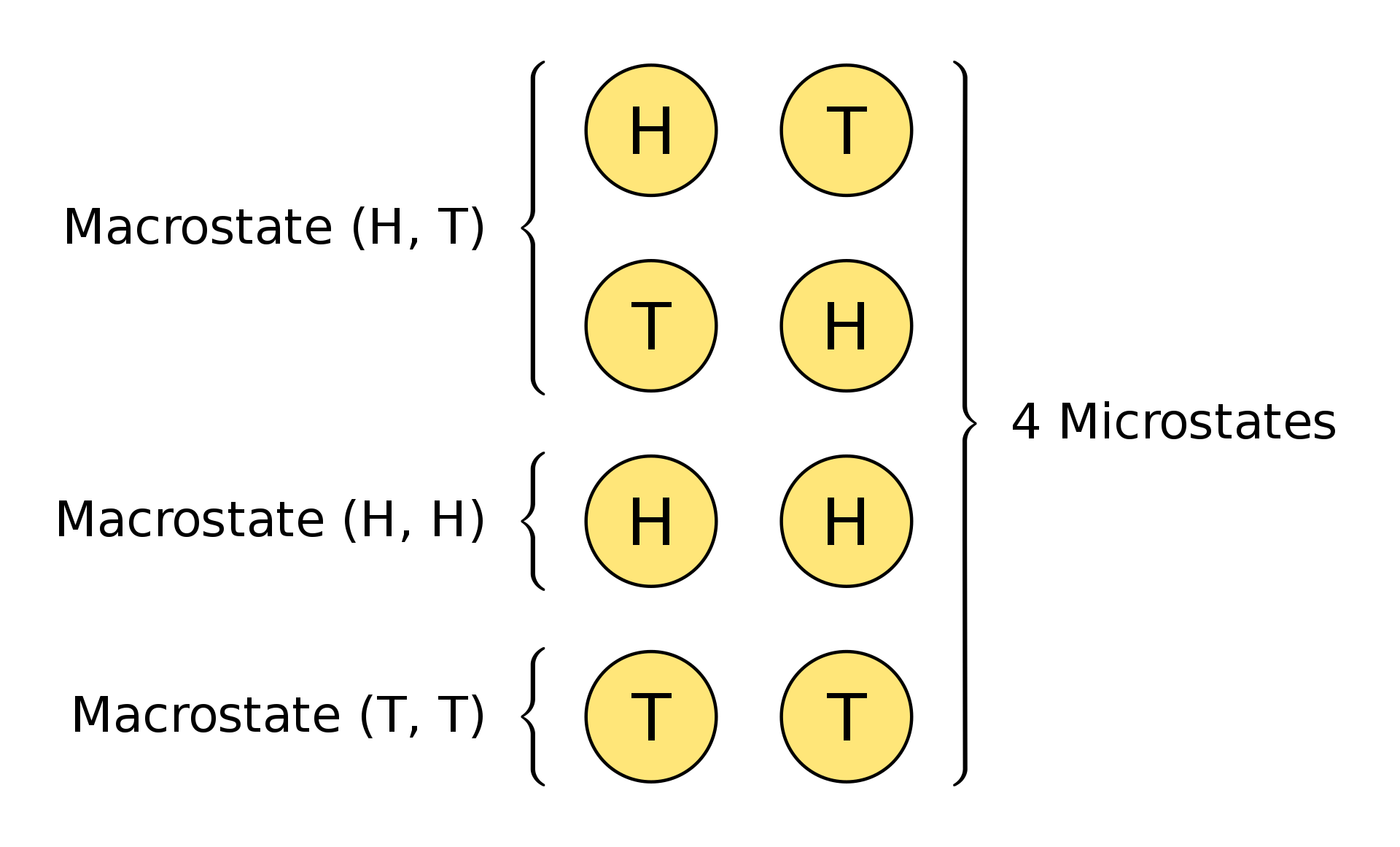 I have to say that both the definitions you cite are unsatisfactory. I am curious about their origin.

In the word macrostate prefix macro conveys the concept of a state of the macroscopic system. For system at equilibrium, it is a result of classical thermodynamics that a few thermodynamic quantities are sufficient to provide the relevant information about the possible evolution of the system if external conditions are changed and enough time is allowed to reach a new equilibrium state. Such thermodynamic quantities are clearly observable quantities, but are the macroscopic quantities. Only in very special cases there is a microscopic observable coinciding with them. The part of the definition i find misleading is the next sentence.

There is an exception to such impossibility and that is the case of the so-called self-averaging quantities, i.e. quantities such that the ensemble average can be replaced by an average over a sample of increasing size. However, not all thermodynamic quantities can be obtained as statistical averages (noticeable examples are entropy, free energy and in general all thermodynamic potentials). Moreover, if the sample is not large enough, self-averaging can only provide the macroscopic parameters within a (sometimes sizable) error bar.

A macrostate is defined by a probability distribution $p_i$. Thermodynamic quantities can be calculated by taking expectation values in this distribution e.g. $P=-\sum_i p_i \frac{\partial{}E_i}{\partial{V}} $, where $E_i$ is the energy of the 𝑖th state. It is not possible to calculate the temperature or pressure of a single microstate.

This definition of macrostate is even worse. The probability distribution of the microstates is not a macroscopic object but it would require the knowledge of microscopic states. Moreover, this definition emphasize the character of average of macroscopic quantities, which is not true for all the possible thermodynamic state functions.

Thus, what could be an acceptable definition of macrostate and microstate?

As stated before, when referring to equilibrium states, a macrostate can be described by any set of macroscopic observable which completely characterize the thermodynamic state of the system.

A microstate, is characterized by a full description of the microscopic dynamical state of the (many) elementary degrees of freedom.

Relations between the two concepts go as follows;

Many microstates correspond in general to one macrostate. The correspondence is not unique. In the ensemble approach to statistical mechanics, fixing the macrostate induces, for finite systems, a probability measure over the set of microstates.

It is possible to define some observables, functions of an individual microscopic configuration, whose ensemble average corresponds to one of the macroscopic parameters (for instance temperature). However such "single configuration quantities" are in general subject to fluctuations and their usage as proxies of the macroscopic parameters can be done only within the size of the unavoidable fluctuations in finite size systems.

11
What precisely does the 2nd law of thermo state, considering that entropy depends on how we define macrostate?
1
Probability in canonical ensemble - relation to temperature
6
Is there any useful sense in which entropy fluctuates?
3
How can temperature affect a single electron system?
1
How is a macrostate specified in quantum statistics?
4
Deriving the Boltzmann distribution using the information entropy
5
Derivation of temperature / entropy relation from statistical mechanics
1
Are macroscopic definitions of entropy valid?