Why is the Sun not exactly above its reflection in water?

In this photo, why is the sun not positioned exactly above the "axis" from which its reflection seems to spread?

I think it could be how sunlight refracts across the northern hemisphere but I'm not sure. I took this photo and I would be fascinated if this was a physics problem rather than a problem with my camera.

I used an iphone 5s. 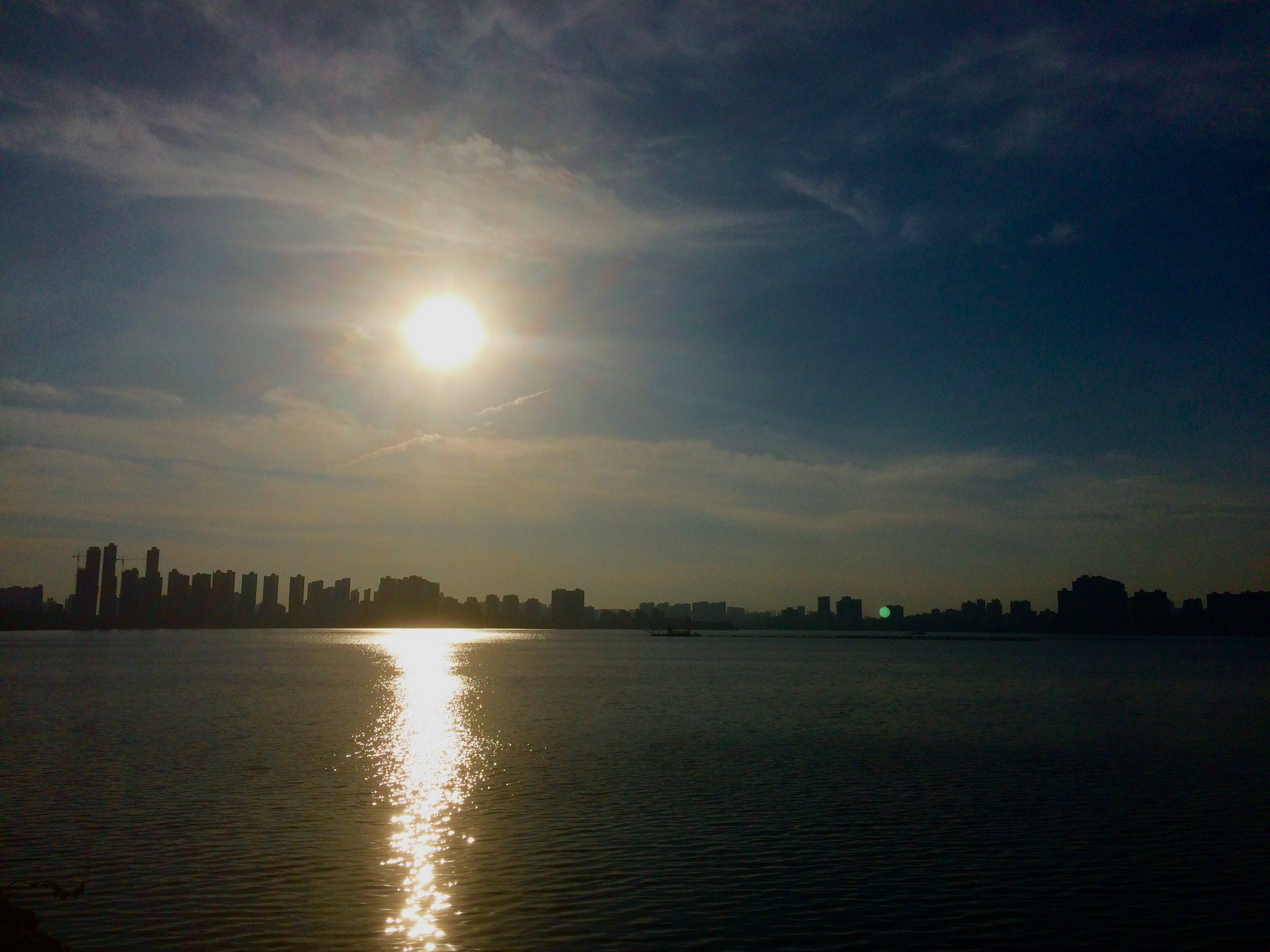 This is a steal / riff on Asher's correct answer.

If you are using a tablet, tilt it so that the left hand side is closer to your face, now does it look ok, ........on my cheap tablet it does.

No building authority (except Pisa Municipal Council in Italy) would allow this degree of vertical tilt, so obviously the camera does sometimes lie.

This is an example of aberration, caused by distortions of light ray paths inside of the camera lens, particularly with zoom lenses.

This curvilinear aberration can take one of two forms, either like this:

Pincushion distortion:which is what causes the effect in your picture.

These pictures are taken from Curvilinear Distortion.

PhotoSE deals with this, but on first reading anyway, not in as much detail as I would have expected.

I agree, if it was due to a previously unknown aspect of physics, that would be great. Sadly, it's more mundane.

In case his comment is deleted, please take account of Samuuel Weir's remark in assessing my wording above:

I don't think that it's a matter of lens distortion. As I recall, it's an apparent distortion primarily due to the fact that the plane of the camera's sensor is tilted upward with respect to the horizon. There are so-called "perspective control" lenses which can correct for the distortion. See, for example: kenrockwell.com/nikon/19mm.htm . Also: en.wikipedia.org/wiki/Tilt–shift_photography (Sorry, it doesn't appear that the entire web address was converted into a hyperlink because of the hyphen. Just copy the whole address and paste it into the address line of your browser

I agree with @SamuelWeir I think, although I originally thought the barrel-distortion reasoning was really good: it's more likely to be perspective distortion due to the sensor plane being angled upwards. Although the image is missing any useful EXIF data and the person didn't tell us what camera it was taken with, many modern cameras, if they know enough about their lens will, when creating JPEGS, correct for the distortions they know about. So if this was taken with such a camera, it seems unlikely you'd get so much lens-related distortion.

Both of these users have a much better grasp of physics than I do.

In your case, it looks like a camera effect explained in other answers.

You can see this effect with just your naked eye on a lake on a windy day. The average angle of the water's surface changes from flat-on-average to slightly-tilted-on-average because of the wind. This means that the apparent position of the center of the "mirror" that reflects the sun's light into your eyes shifts from directly under the sun to some place slightly off to one side. A flat calm surface would give you an image of the sun only. A wobbly surface which was flat on average would give you a dappled bright spot that's larger than the sun's image is alone and stretched out towards you a bit. Add some wind, and the bright spot grows larger and it's average position appears to shift to one side.

Not the answer you're looking for? Browse other questions tagged optics visible-light everyday-life reflection or ask your own question.

2
Can small clouds reflect enough light to hurt your eyes/blind you?
5
What "exactly" happens when a ray is incident at the critical angle?
7
How to arrange mirrors so I can't see myself?
16
Sun in front of horizon after sunset; mirage or reflection?
149
Why does a mirror split my laser beam?
1
Why is the spine of a book blue?